KANSAS CITY, Mo. — As the community begins to mourn the 17 people killed after a duck boat capsized and sank Thursday evening, questions remain as to how such a tragedy could have happened.

This breakdown shows everything that has happened since as early as 11:30 Thursday morning. All times are local.

5:06 p.m. — The National Weather Service in Springfield issued a Severe Thunderstorm Warning For Barton, Cedar, Dade and Vernon counties until 6 p.m. These counties are to the north of the Branson area. The storm was moving to the south/southeast. 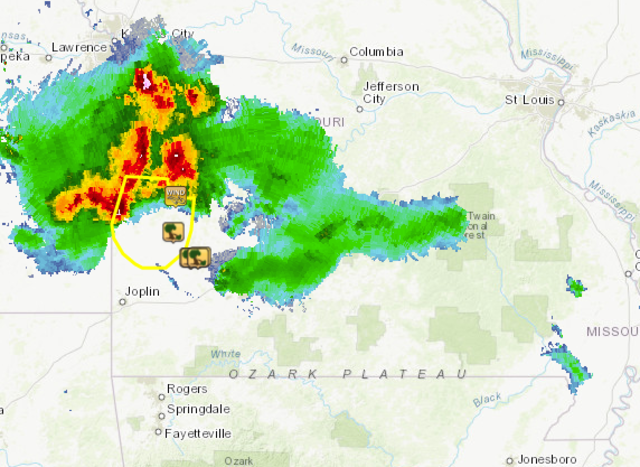 5:11 p.m. — An NWS meteorologist reported the storm was strengthening with 60 MPH west of Nevada, Mo.

5:45 p.m. — NWS issued Thunderstorm Warning for Barry, Cedar, Dade, Greene, Jasper, Lawrence, Newton and Polk counties until 6:30 p.m. These counties are to the north of the Branson area. 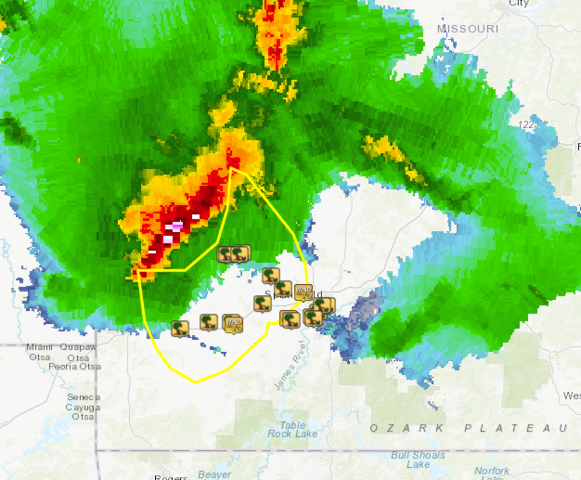 5:58 p.m. — Local media said the southeast edge of the line of storms going through Joplin was “pretty fierce.” 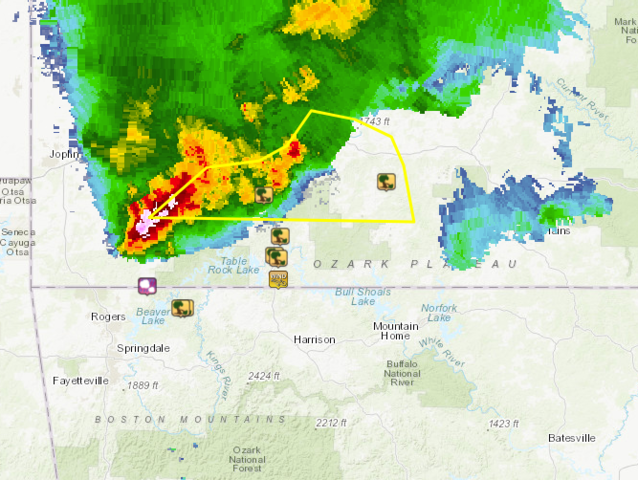 8:23 p.m. — Southern Stone Fire tweets that the incident is one of mass casualties.

8:38 p.m. – Scripps affiliate KSHB-TV receives a video showing the moments before the capsize from a witness onboard the Branson Belle.

10:14 p.m. — Cox Health tweets they’ve received seven patients from the incident. Two were in critical condition at the time.

The City of Branson has opened City Hall for some of the families involved in the boat incident on Table Rock Lake. Concerned family members can call (417) 337-8515. We have people standing by to help. Please be patient with us during this difficult time. Thank you.

11:03 p.m. — The American Red Cross arrives to assist the families.

6:35 a.m. — Company releases a statement on the incident, calling it a “tragic accident… that has deeply affected all of us,” and saying they would continue to assist the families. The ‘Ride the Ducks’ website is wiped in place of the statement.

9:00 a.m. — Rader holds another press conference during which Missouri Gov. Mike Parson makes an appearance. Both ask for the public to be patient with the investigation.

10:35 a.m. — Sheriff declares everyone who was on board accounted for after divers pull four more people from the water. The death toll rises to 17. Seven people were injured, six of whom remain in the hospital. Seven more people are uninjured after being rescued.

Today, @GovParsonMO visited Cox Branson to visit survivors of the local water disaster. We are currently treating six patients at the hospital. pic.twitter.com/JLTU4ESYTp

After 12:00 p.m. — Victims and survivors begin to be identified:

Community members begin to leave flowers at the abandoned cars of the victims, a makeshift memorial is built with teddy bears and candles, and people pray in the 'Ride the Ducks' parking lot.

A large group has gathered outside the Ride The Ducks Branson headquarters to pray in circle for the victims, survivors, and families impacted by Thursday's capsizing that killed 17 of the 31 passengers riding the boat on Table Rock Lake @41actionnews pic.twitter.com/ibU9ZDfmNp