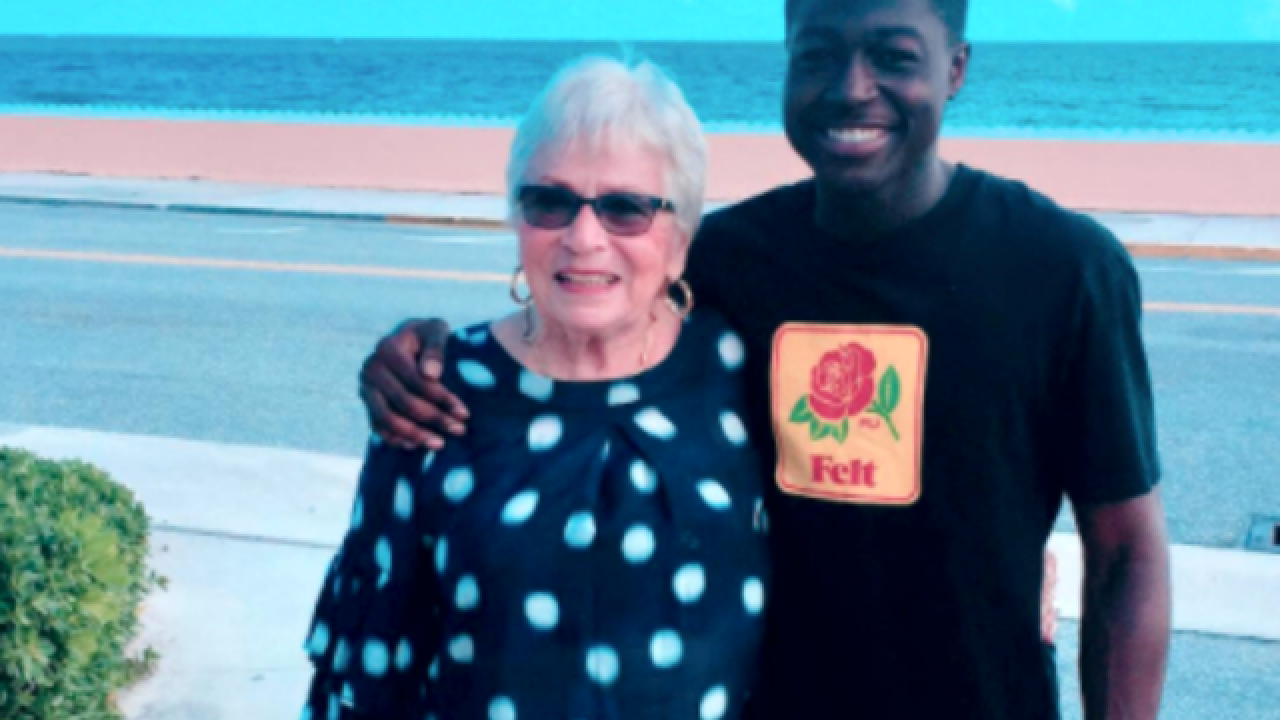 A 22-year-old African-American rapper from Maryland has finally met his best friend: an 81-year-old white lady living in a Florida retirement community.

On Friday, Spencer Sleyon met Rosalina Guttman in Palm Beach, Florida, where she treated him to lunch at a waterfront restaurant, ABC News reports.

The unlikely duo got acquainted this summer through Words with Friends, which they played more than 300 times together.

“We started chatting through the app and she became a good friend, someone I could confide in,” Sleyon told ABC News.

Once Sleyon moved to New York City just a couple months ago, he deleted the app, but Pastor Amy Butler of New York's Riverside Church heard about his story and wanted to help them meet in person.

“This was a phenomenal story, especially in this very scary time where we are being manipulated by fear and divided, that two people would forge a friendship like this,” Butler told ABC News.

Butler got in contact with Guttman and flew down with Sleyon for the meeting. She said she'd used the pair in a sermon as an example of how people who are different can get along.

“It was natural to talk to her, we talked about the game, our families and politics,” Sleyon told ABC News.

Guttman didn't want to comment for the media, telling The Washington Post through an intermediary that "she doesn't know what all the fuss is about and that this is just how people should be toward each other."

Sleyon posted photos of the encounter on Twitter on Saturday. That post has been liked by more than a million people and retweeted nearly a quarter-million times.

so last summer i randomly met this 80 y/o woman on words with friends. we played 300+ games together and she actually ended up becoming a good friend of mine. today i got to go to florida and meet her in person💜 pic.twitter.com/VXDbNS4eUo