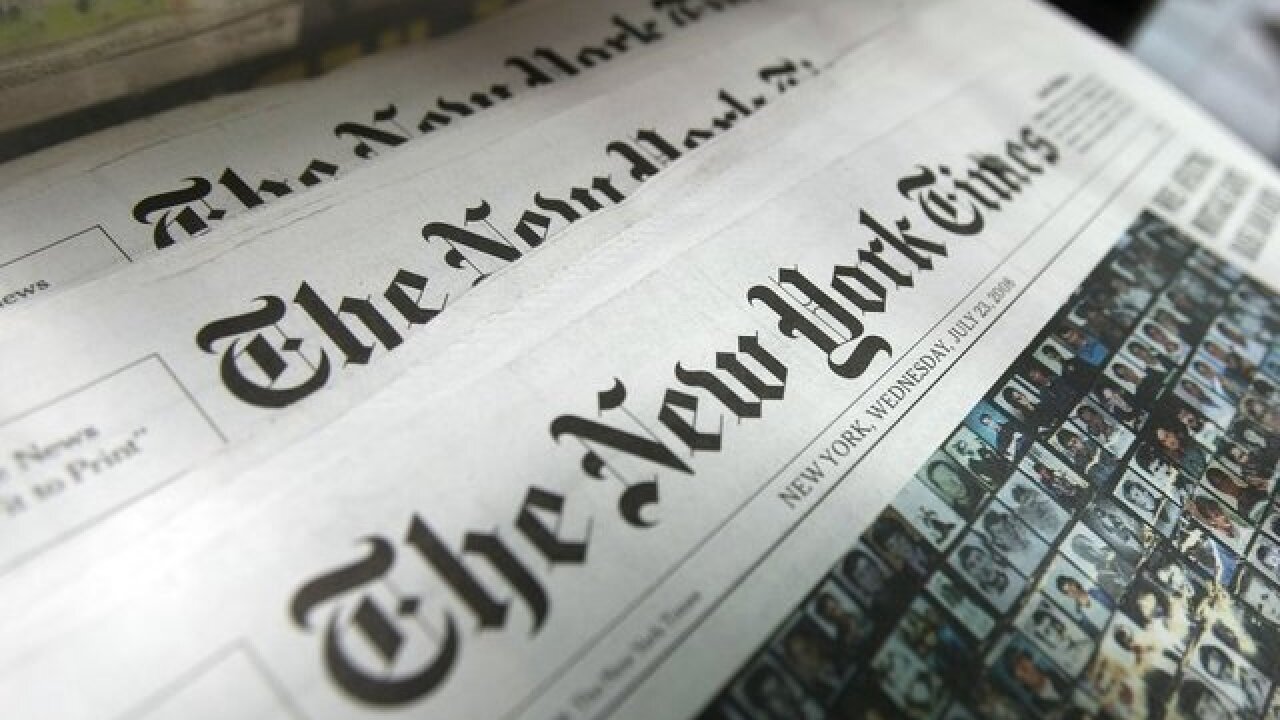 Through the go-between, the senior official expressed interest in writing an explosive piece for the paper, describing a "resistance" to President Trump within the government that works overtime to protect the United States from the president's worst impulses.

The result, published on the New York Times' website on Wednesday, prompted speculation all across Washington about who the official is.

Dao, of course, isn't saying. In a telephone interview, he was careful not to share any identifying details, even the person's gender.

"The person contacted me through an intermediary," he said.

Dao said it happened "several days ago," declining to be more specific.

Many officials within the administration can be considered "senior," even if they do not work in the West Wing or interact directly with Trump.

Dao declined to characterize just how "senior" the whistleblower is. He said the Times did speak to the author directly, but wouldn't say how so.

"We were simply trying to abide by the standard that the Times in general would use when referring to someone who's not named," he said.

Dao reports to editorial page editor James Bennet, who in turn reports to the Times publisher A.G. Sulzberger. The opinion section is separate from the newsroom.

Dao said there are only a "very small number of people within the Times who know this person's identity," but he declined to name them.

He said "we have taken a number of special precautions to protect the person's identity."

Face to face meetings? Encrypted messaging? The speculation will continue, but Dao would not go into any detail.

He said there was no special effort to disguise the person's writing style, for example by rewriting the piece in some fashion.

"There's editing in everything we do," he said, but it's based on making the person's views "clearer" and adhering to style standards.

Despite the extraordinary nature of the op-ed, Dao said, his initial response to the intermediary was the same as it would be for anyone else.

The op-ed came on the same week that the excerpts from Bob Woodward's book "Fear" have revived conversations about Trump's behavior and fitness for office.

Dao said that as far as he knows, "this is a coincidence," meaning the senior official's outreach was not related to the Woodward book.

Major newspapers almost never publish unnamed op-ed pieces. At The Times, it is very rare, but not quite unprecedented.

Dao said he had published a few other anonymous pieces during his tenure as op-ed editor, which began in early 2016. The most recent example was a piece in June by an unnamed asylum seeker from El Salvador.

In this case, The Times said it granted anonymity "at the request of the author" because the person's job "would be jeopardized by its disclosure."

Dao declined to say whether he pressed the person to speak on the record.

He said, "we felt it was a very strong piece written by someone who had something important to say and who's speaking from a place of their own sense of personal ethics and conscience. That was our main focus."

He said he couldn't talk about the fact-checking process in detail, but "we do make an effort to check the facts for all the pieces."

Dao did not rule out publishing another op-ed from the senior official in the future.