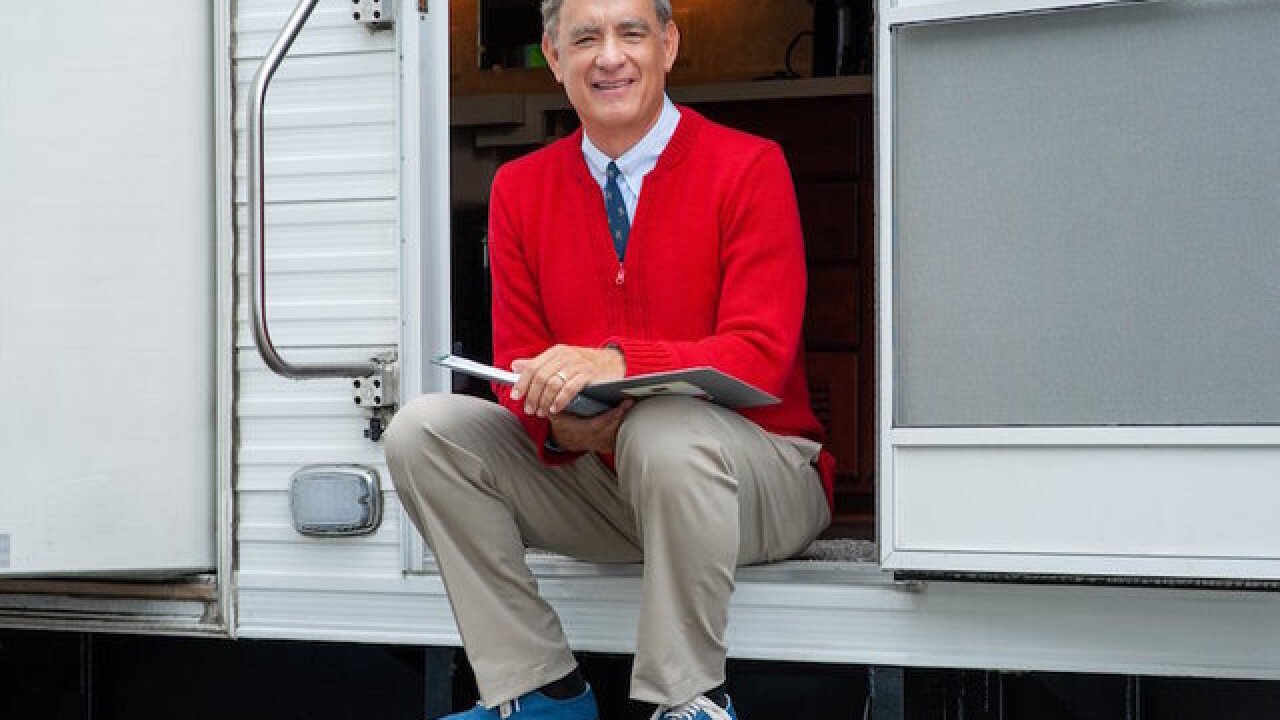 © 2018 Cable News Network, Inc.
Sony Pictures
<p>Sony Pictures has released the first photo of the actor as iconic children's show host Fred Rogers from the upcoming film, "You Are My Friend."</p>

Tom Hanks is ready to be your neighbor.

Sony Pictures has released the first photo of the actor as Fred Rogers from the upcoming and as-yet-untitled film about the iconic children's show host.

The tweet that accompanied the photo said the movie is slated for release in October 2019.

The film will follow the story of a reporter who develops an emotional bond with Rogers while profiling him for a magazine, according to director Marielle Heller, who spoke to Entertainment Weekly about the film earlier this year.

"Mister Rogers' Neighborhood" aired for 31 seasons over multiple decades until coming to an end in 2001.

His life and legacy received renewed attention this year thanks to the critically-hailed documentary film by Morgan Neville, "Won't You Be My Neighbor?"