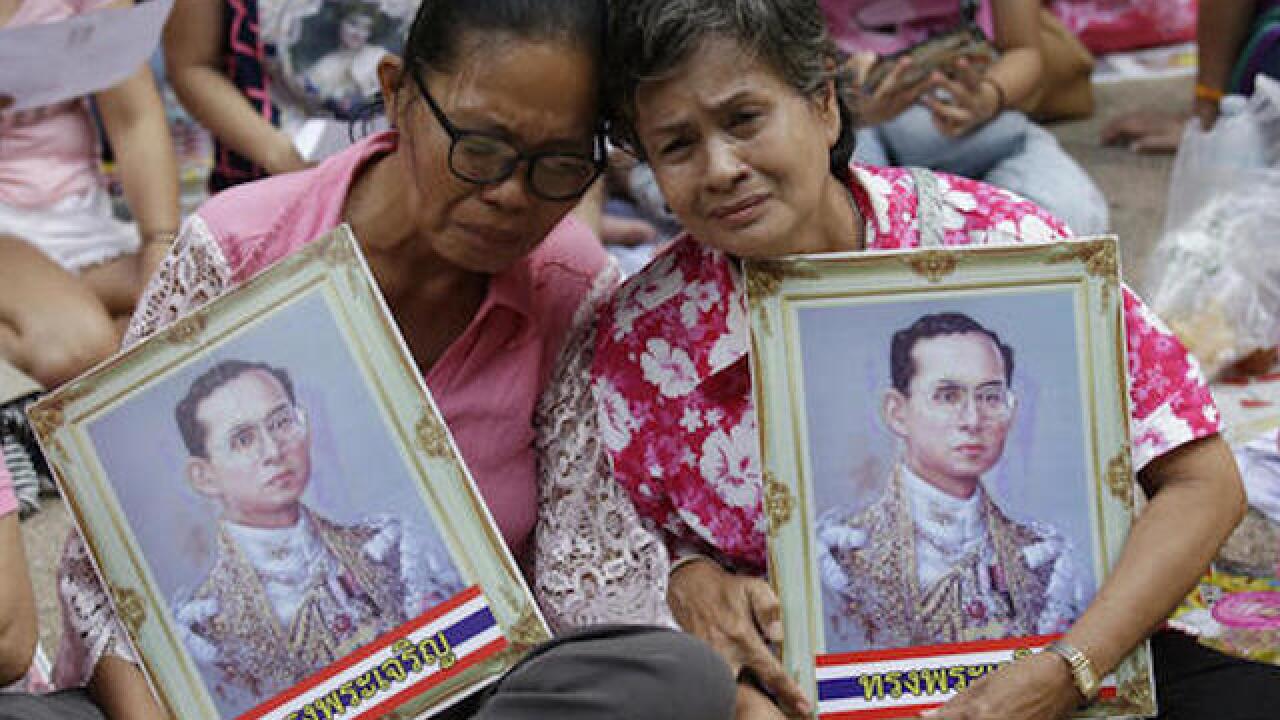 Copyright Associated Press
Sakchai Lalit
<p>Thais cry after pray for Thailand's King Bhumibol Adulyadej at Siriraj Hospital where the king is being treated in Bangkok, Thailand, Thursday, Oct. 13, 2016.The health of Thailand's ailing 88-year-old king has deteriorated and his condition is unstable, the palace. (AP Photo/Sakchai Lalit)</p>

The palace said the king passed away peacefully on Thursday at Bangkok's Siriraj Hospital.

The palace statement did not mention details of mourning or succession.

Bhumibol Adulyadej (pronounced poo-mee-pon ah-dun-yaa-det) became king in 1946 and was revered in Thailand as a demigod. He anchored the Southeast Asian country through violent upheavals at home and communist revolutions next door with a blend of majesty and a common touch.

The once-vigorous king had withdrawn from public life over the last decade due to his ill health. He lived at a Bangkok hospital and had been notably silent about the political upheaval that has shaken Thailand in recent years.