Texters see world as if they're ‘legally blind' 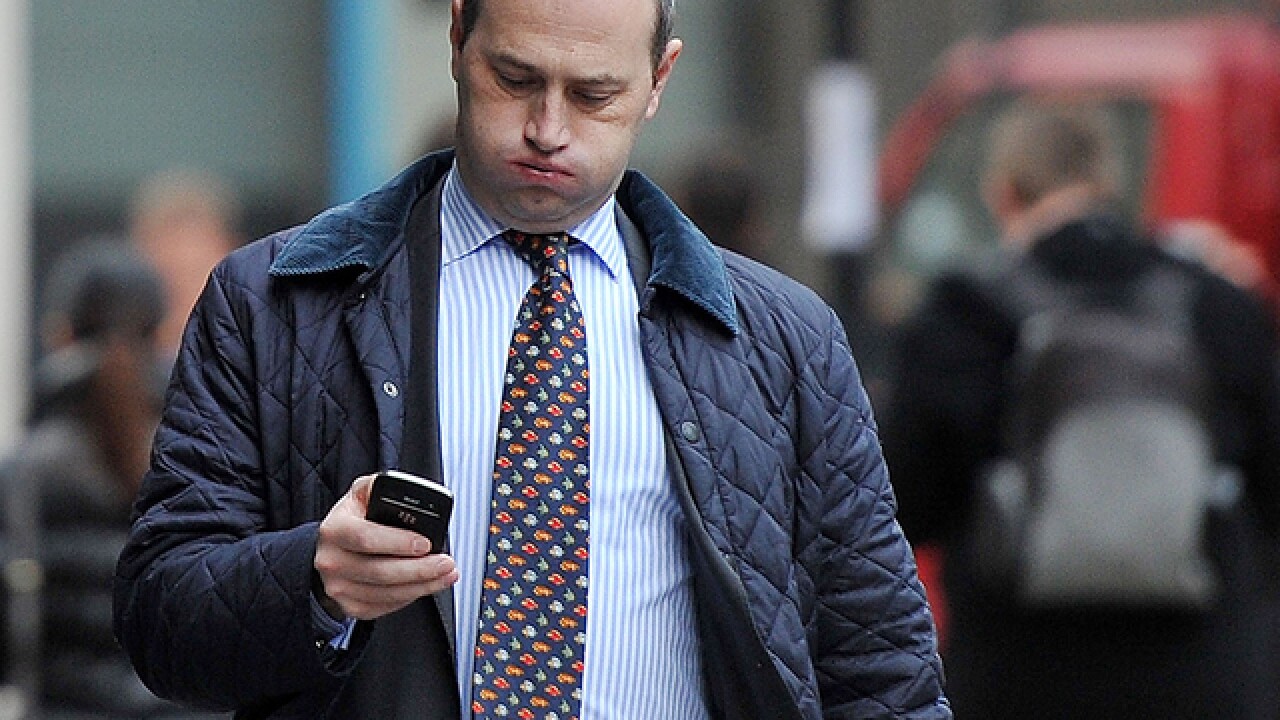 The epidemic of “walking while texting” reached a head recently, when a Chinese city created a “no texting” lane on a stretch of sidewalk.

Whether the move was to protect the texters or innocent bystanders is unclear. But according one eye doctor, the texters are walking blind.

“There is a small part of your vision is the 20/20 part. If you’re a few degrees on either side, you’re no longer going to see 20/20,” said Karl Golnik, chairman of the ophthalmology department at The University of Cincinnati.

1,500 people visited an ER due to cell phone distracted walking in 2010 according to an Ohio State University study.The number of injuries has more than doubled since 2007, when the first iPhone was released.

“Although they’re legally blind, they can get around fairly well,” Golnik said. “Looking at a phone is kind of the same thing, except their central vision is occupied by their phone.”

Golnik estimated that a texter could see rough shapes about 20 feet ahead with their peripheral vision. Motion is easier to see, but colors or letters less so. That’s because the eye’s most sensitive spot is right in the center.

Where the phone is.

“They should see shapes and objects moving towards them. The problem is the less the visual part – they’re not attentive,” Golnik said. “So that’s a double whammy you don’t have the central vision plus you’re not attentive to what’s going on.”

The lack of clear vision explains a pattern often seen in text-walkers – that slow, wide berth around obstacles, such as oncoming traffic. Golnik said the lack of clarity leads the texter to give whatever’s around them a just a little more space.

“There’s something there. They might not know what it is, but they’re intent on their work. So as long as it’s not moving towards me, and it’s in my peripheral vision, I can move around it,” Golnik said.

Golnik said he’s seen medical students from Cincinnati to China glued to their phones. Even his daughter, Charlotte, 18, can’t help it.

The common thread – they think they can do it all.

Gavin Stern is a national digital producer for the Scripps National Desk. Follow him on twitter @GavinStern or email him at gavin.stern@scripps.com