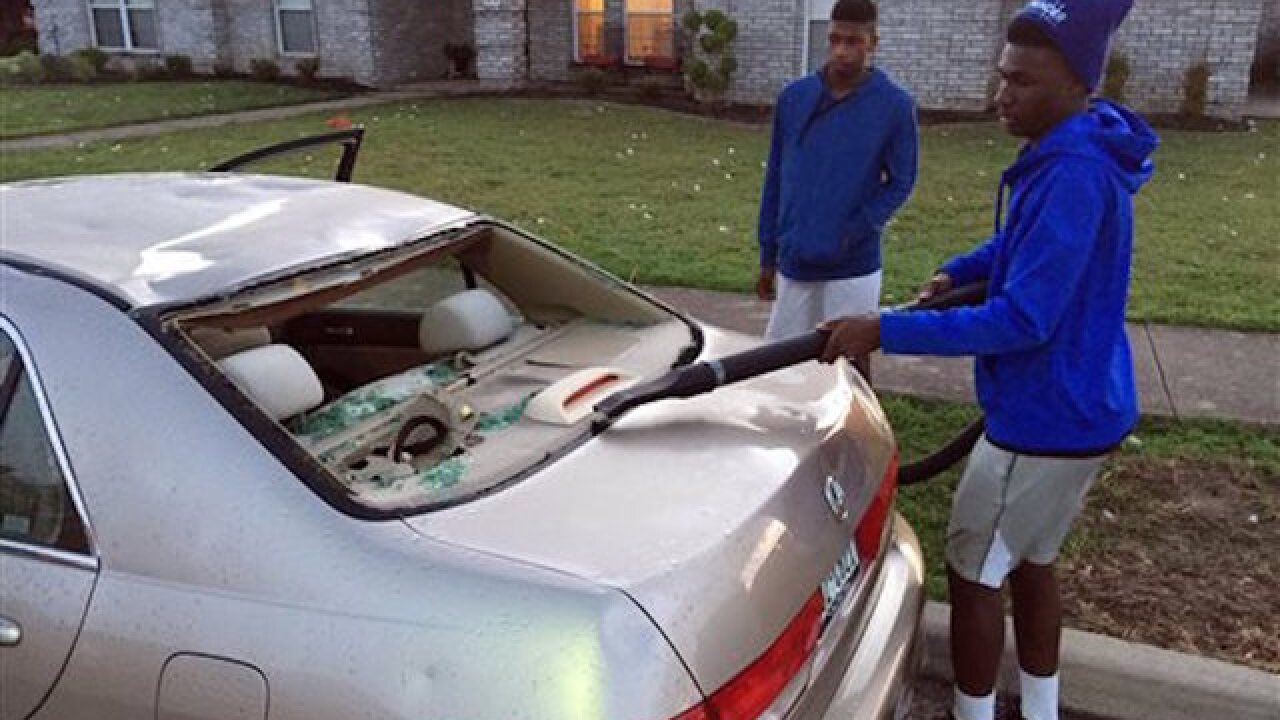 John Zak
<p>Grayson Singleton, 14, is watched by his brother Benjamin singleton, 13, as he vacuums broken glass from the hail-shattered window of his father's car in Wylie, Texas, Monday, April 11, 2016. (John Zak/The Dallas Morning News via AP)</p>

WYLIE, Texas (AP) — Hail the size of baseballs has broken windows and damaged buildings and cars in the Dallas area, forcing the closure of some schools.

The Collin County Sheriff's Office had no reports of anyone hurt in Monday's storm in Wylie, about 20 miles northeast of Dallas.

The Wylie Independent School District canceled classes for the day. The district says in a statement that it couldn't provide a safe learning environment due to "significant" storm damage.

No damage estimate was available. The district has more than 14,000 students on 19 campuses.