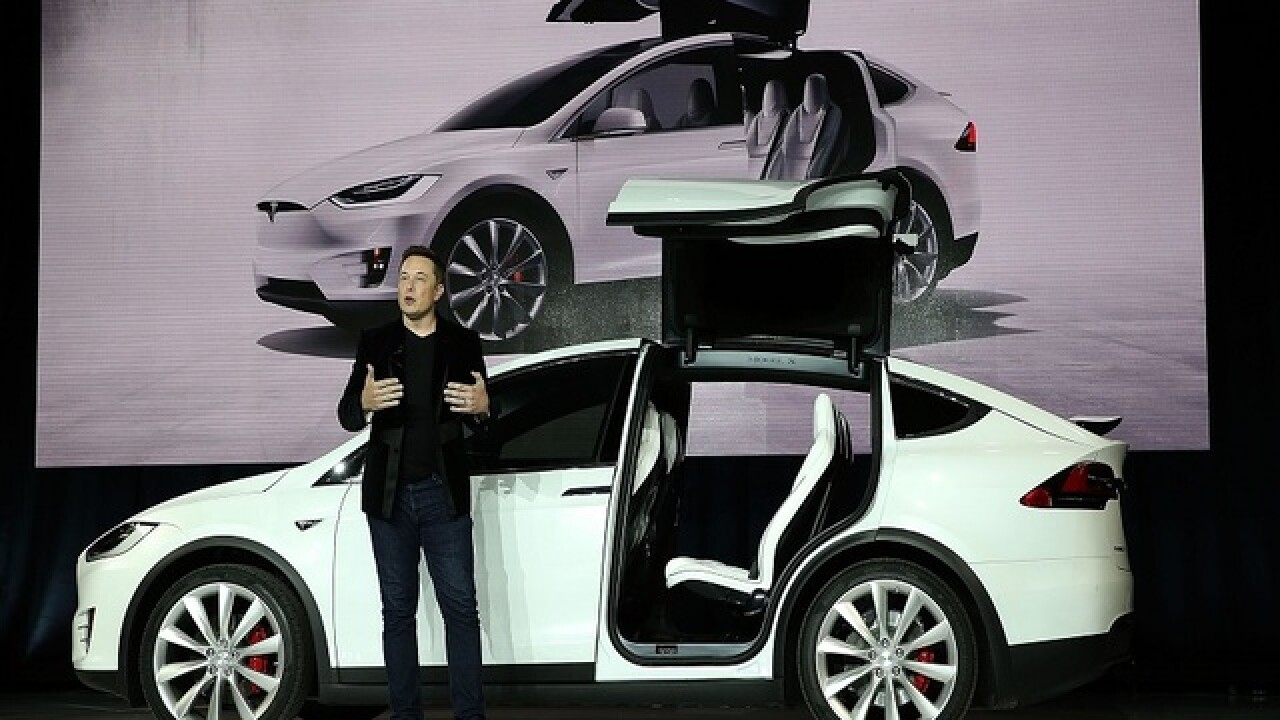 By: Mina Abgoon
Posted at 2:18 AM, Apr 12, 2016
Tesla has issued a voluntary recall of 2,700 of its Model X SUVs, the first recall for the new vehicle, citing certain seats that could collapse forward in a crash,
The new model, which launched late September, has faulty third-row seats that could potentially cause a safety hazard, Tesla said.
Tesla Model X Overview | AxleGeeks
“Recently, during an internal seat strength test that was conducted prior to the start of Model X deliveries in Europe, the recliner in a third row Model X seat unexpectedly slipped,” the company in an email to affected customers, according to Bloomberg. “Until the recall is performed, you may make full use of your Model X, although we ask that you temporarily not have anyone sit in the third row seats while the car is in use.”
The voluntary recall, which covers vehicles made before March 26, follos a previous recall of 90,000 Model S sedans in November for seat belt checks.
Scripps Only Content 2016