Tennis player says she was poisoned at Wimbledon; rat urine could be cause

Gabriella Taylor, 18, got sick after tournament 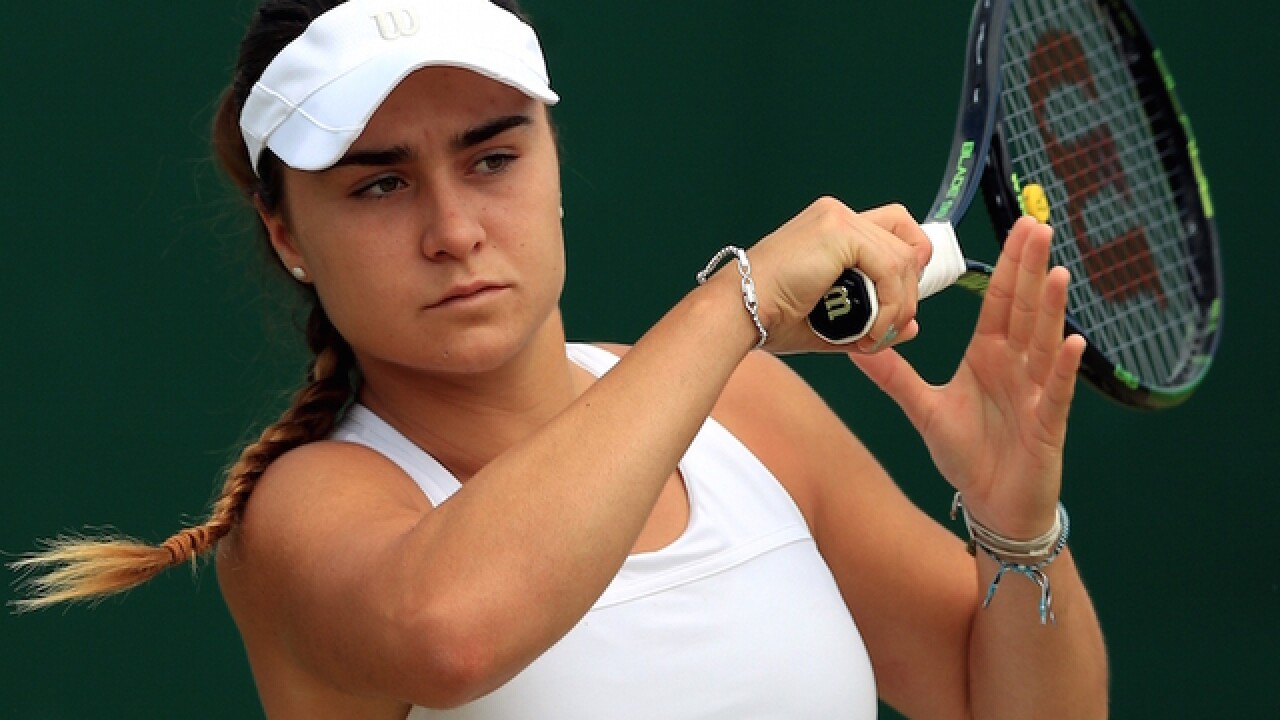 LONDON (AP) — Detectives are investigating allegations that a British player at the Wimbledon tennis tournament was poisoned, after she fell ill with a bacterial infection that can be spread through rat urine, London's Metropolitan Police said Thursday.

Gabriella Taylor was playing in the junior tournament when she became sick on July 6 and had to drop out.

Her mother, Milena Taylor, says the 18-year-old was hospitalized in intensive care and diagnosed with leptospirosis, a bacterial infection spread by animals.

Milena Taylor told the Daily Telegraph newspaper that "the bacteria the infection team found is so rare in Britain that we feel this could not have been an accident." She said Gabrielle "was staying in a completely healthy environment" during the tournament and would not likely have been accidentally exposed to the bacteria.

London's Metropolitan Police said detectives are investigating "an allegation of poisoning with intent to endanger life" or cause bodily harm. It said the incident was "alleged to have taken place at an address in Wimbledon" between July 1 and July 10.

The force said no one had been arrested and police are awaiting medical information about what, if any, poison was involved.

Britain's National Health Service says leptospirosis is uncommon in the U.K., with fewer than 40 cases a year reported. It can be caught by touching soil or water contaminated with the urine of infected animals, including cattle, pigs, dogs and particularly rats.

It usually causes mild flu-like symptoms, but in some cases can lead to organ failure and internal bleeding.

Kimon Andreas Karatzas, assistant professor in food microbiology at the University of Reading, said it might be difficult to track down the source of the infection because leptospirosis has a long incubation period. It takes between five and 14 days, and in rare cases up to a month, before symptoms appear.

And he said the rare bacterium was not an obvious candidate as a poison.

"There are other bacteria that are much easier to find," such as salmonella, often found in raw chicken.

"Trying to find leptospirosis, it's a much more difficult task," Karatzas said. "But then, life is very random. Somebody might have found a rat and put it in food."

Taylor, who is ranked 381st in the world, tweeted on July 11 that she was in intensive care at Southampton General Hospital in southern England.

On Wednesday, she tweeted a picture of herself on a tennis court with the caption: "So happy to be back on court!! Taking it step by step!"