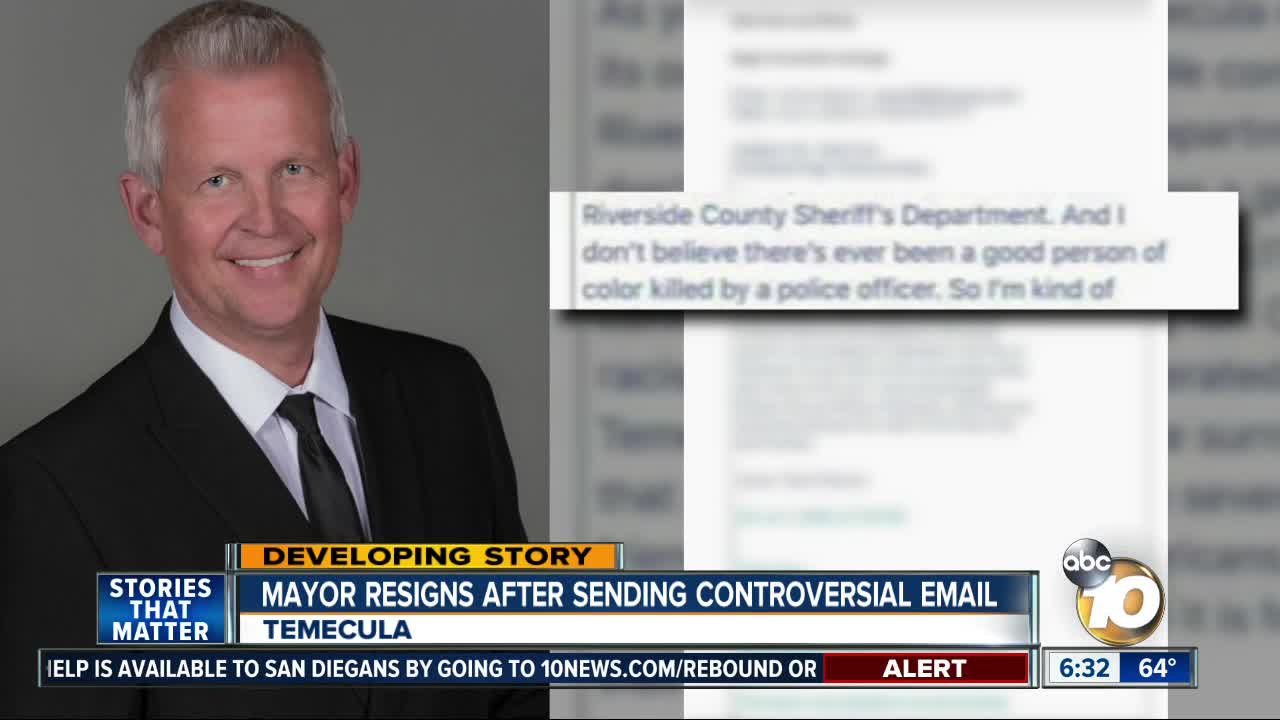 James "Stew" Stewart's comments went viral June 2 and drew a firestorm of calls for his resignation and threats of protests. 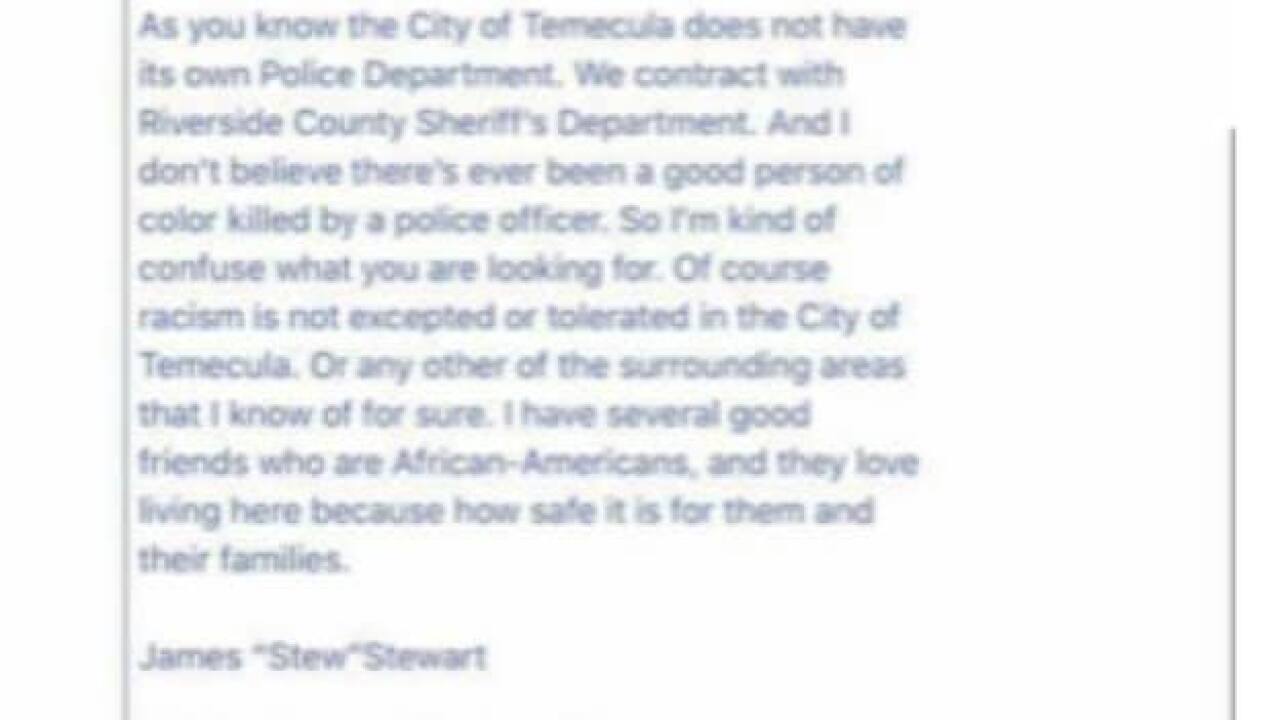 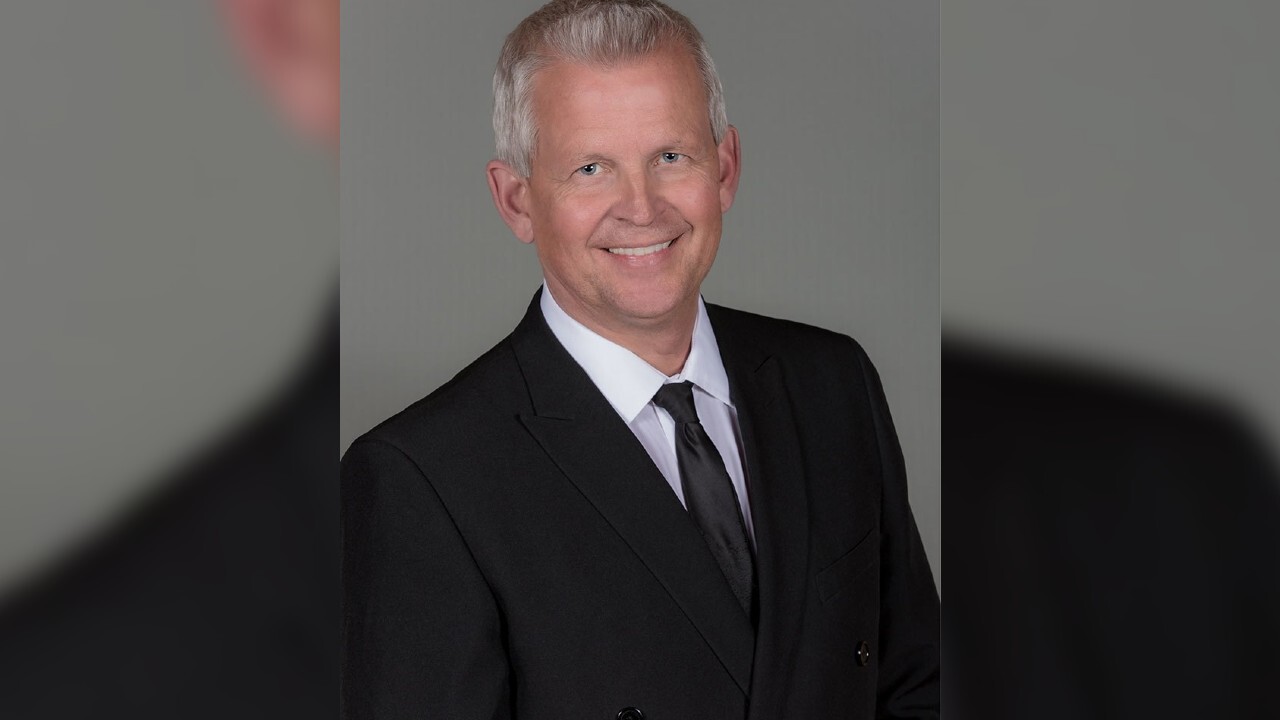 SAN DIEGO, Calif. -- The mayor of Temecula, California, has announced his resignation after facing raging criticism over an email stating he didn't “believe there’s ever been a good person of color killed by a police officer."

James "Stew" Stewart's comments went viral June 2 and drew a firestorm of calls for his resignation and threats of protests.

Stewart made the racist remark in a reply to a constituent "concerned about our police officers and their sensitivity training."

"As you know the City of Temecula does not have its own Police Department," Stewart said in his email. "We contract with Riverside County Sheriff's Department."

"And I don't believe there's ever been a good person of color killed by a police officer," said Stewart.

Stewart posted a copy of the email on his own Facebook page explaining that he is dyslexic and uses voice text, and that he published the note without proofreading what was recorded.

"I may not be the best writer and I sometimes misspeak, but I am not racist. I deeply regret this mistake and I own it, entirely. I am truly sorry," Stewart said in his resignation letter posted on Facebook late Thursday night.

Stewart's comments brought tension to the small tourist destination city during a time in which the nation is seeing daily demonstrations and protests against police killings and racism. A Change.Org petition has started circulating demanding that city officials acknowledge that "systemic racism and police brutality exist in Temecula and the need for reform and consequence."

Temecula, a city of about 115,000 residents in Riverside County, is located about 85 miles north of San Diego. The area is a popular Southern California destination known for its dozens of wineries, hot air balloon rides, and festivals similar to Northern California's wine country.

Stewart's biography remains published on the city's website. It says that Stewart moved to Temecula in 1991 with his wife and three children from Oswego, Illinois. According to his page, the businessman owns eight barbershops in the area and that he has worked as a dentist during mission trips to Haiti pulling teeth and conducting eye glass clinics in Ethiopia.

The city has not released plans to fill his vacant seat. He was elected to a four-year term in 2016.

City of Temecula, I hear you, I agree with you, and I am deeply sorry.

I owe everyone an apology including our citizens of all backgrounds and ethnicities, City staff, and my respected colleagues on the City Council. You have every right to be hurt and offended. My typos and off-the-cuff response to an email on a serious topic added pain at a time where our community, and our country, is suffering. I may not be the best writer and I sometimes misspeak, but I am not racist. I deeply regret this mistake and I own it, entirely. I am truly sorry.

I understand that even my sincerest apologies cannot remedy this situation. Because actions speak louder than words, I will step down as your Mayor and City Council Member effective immediately. It has been a true honor to serve this great City and its citizens. My love for Temecula and its residents is beyond expression.”

Mayor Pro Tem Maryann Edwards states, “Stew is a hard-working and honest man, and the City accepts his resignation. Temecula is poised to close this chapter, and continue our long-term commitment to preventing racial injustice in any form. On this day of Mr. George Floyd’s memorial service, and on behalf of my council colleagues, the City of Temecula offers our prayers and heartfelt condolences to his family.”

This story was originally published by Mario Sevilla at KGTV.