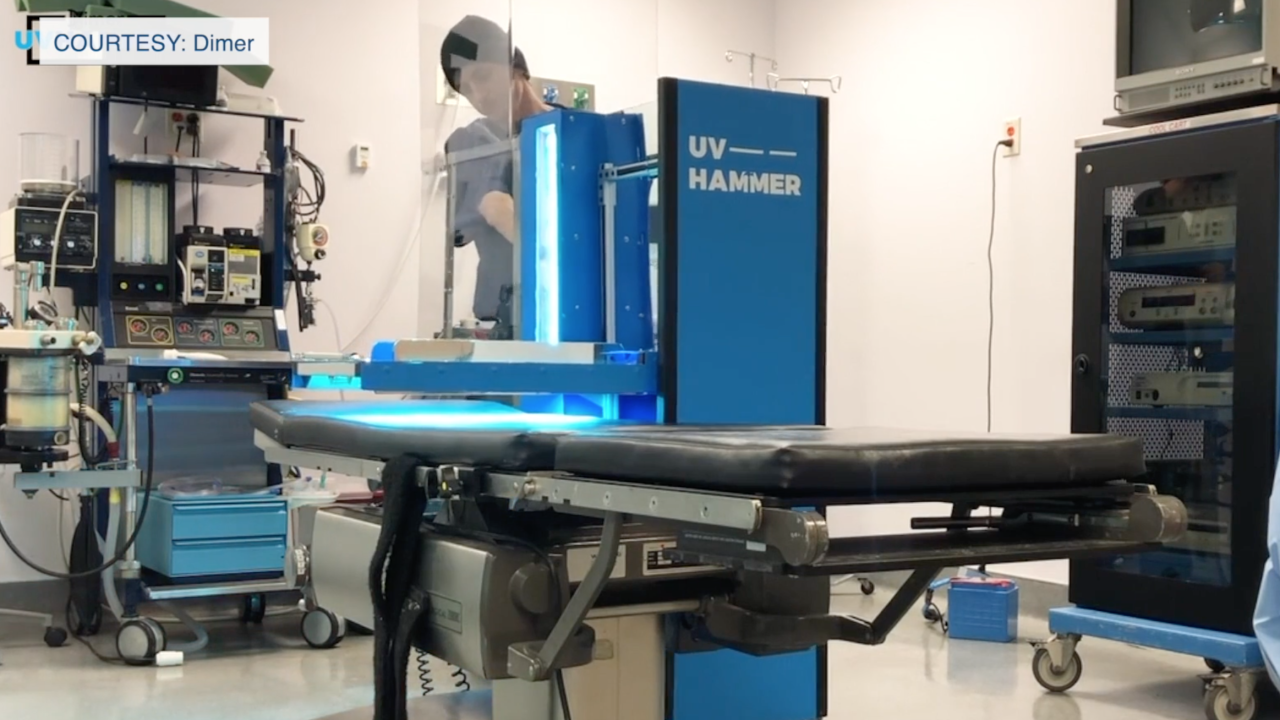 Elliot Kreitenberg and his dad started, as he says, "tinkering" with ultraviolet cleaning light back in 2011. They simply wanted to clean basketballs and volleyballs.

"There’s some concerns about handshakes before and after games in volleyball tournaments and we realized the ball itself can transmit germs from person to person,” Kreitenberg said.

Now, their technology that was once used to clean all of those balls - and some hospitals too- is now being manufactured to sanitize airplanes. Back then, they called it the "Germ Ninja."

“It looks like a BBQ and you drop a basketball or volleyball and it rolls through and in 15 seconds you can disinfect a ball during a time out,” Kreitenberg said.

By the time Kreitenberg, 28, went off to college, he and his family realized something about the airline industry as they took family trips. The planes really needed that same technology.

“We realized that airlines don’t have a good way to keep the planes sanitary and we thought maybe there was a way we could apply UV-C there,” Kreitenberg said.

So, they re-designed it into the size of a beverage cart and decided to call it the "Germ Falcon." That was in 2014.

“And (to) make it fit like a puzzle in the cabin, these wings go over the seats and under the overhead bins and the lights shine up and down and out toward the windows and you can push it up and down the aisle and disinfect all the commonly touched surfaces,” Kreitenberg said.

It took them a while to make it fit all the different types and styles of planes. Back then, someone asked Kreitenberg what it would take for the business to take off.

“My answer was I’m really not rooting for a pandemic but the experts think we’re overdue for one and we want to work with the airlines to get out in front of it we’re prepared and hopefully we can limit the impact.,” Kreitenberg said.

The Kreitenbergs then decided to use it in hospitals. They were in the process of making it work for healthcare when the pandemic he predicted happened.

“And then COVID hit and the airlines were in huge demand for our Germ Falcon product line and that’s what this company started on and airlines played a huge role in the way disease spreads around the world and we’re seeing that today,” Kreitenberg said.

They started getting flooded with requests from airlines. Which is where Honeywell comes in. They're now partners with the Kreitenbergs and own the manufacturing and sales rights.

“We’re taking proven hospital technology that’s been utilized for decades to clean hospitals and we’re now taking that through this product into the aerospace environment and giving the airlines a tool that’s been proven for reducing viruses for years,” Kreitenberg said.

Brian Wenig, a general manager within Honeywell's Phoenix based Aerospace component says they're working to get passengers back in the air. The Ultraviolet Cleaning System cleans the aircraft in under 10 minutes.

They're already in negotiations with airlines and international demos are coming soon. They plan to have 50 available by the end of July and manufacturing 100 per month through the summer. The airlines say one machine can serve five gates to meet the turnaround times between takeoff and landing.

The Kreitenbergs say NASA is next. They're working on a zero gravity drone now, like a Roomba for the International Space Station.

“I expect you’ll see these in airports and hotels and schools and gyms, athletic facilities and more by the end of 2020 for sure,” Kreitenberg said.

He also said it'll be a global household name, or as he says, "The apple of hygiene in the post COVID era."