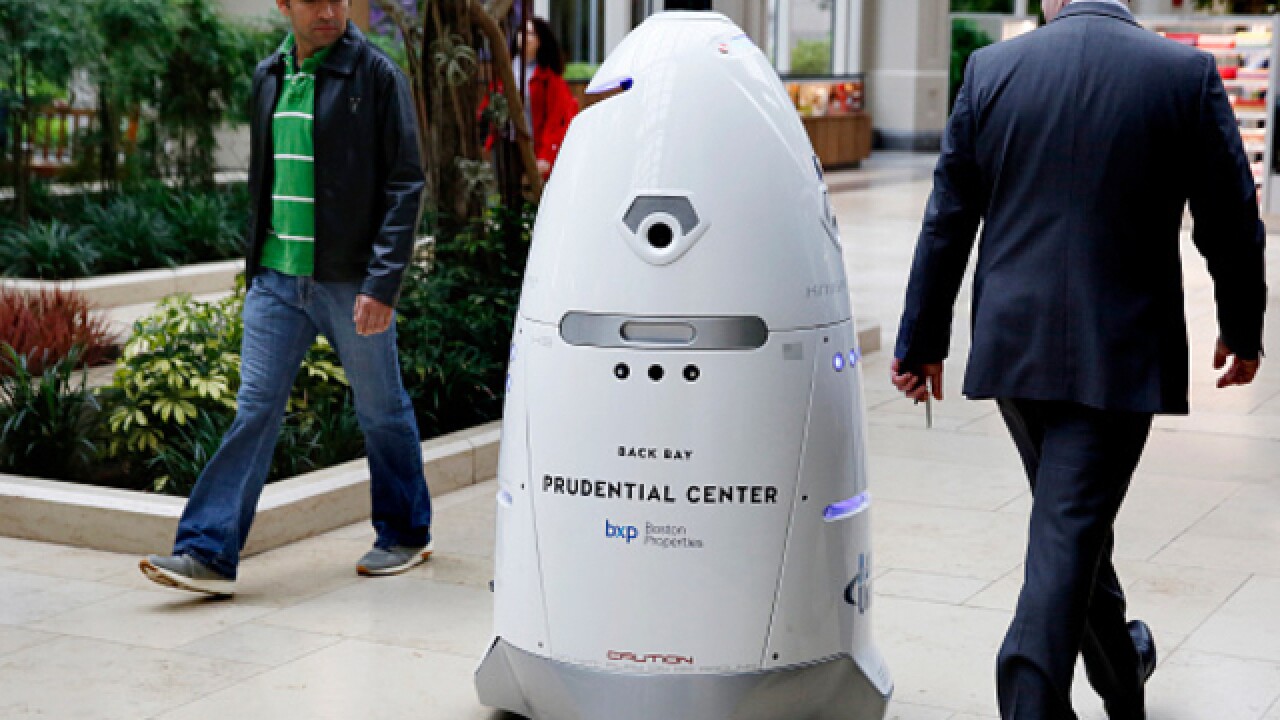 Copyright 2017 Scripps Media, Inc. All rights reserved. This material may not be published, broadcast, rewritten, or redistributed.
Boston Globe
<p>BOSTON, MA - MAY 22: People check out the Knightscope K5 security robot as it roams the Prudential Center in Boston on May 22, 2017. (Photo by Jessica Rinaldi/The Boston Globe via Getty Images)</p>

Steve the robot was supposed to be mapping out the restaurants and offices at the Washington Harbour complex so he could theoretically protect them from attack, but instead he stumbled down some steps and drowned himself in an office fountain just five days later on Monday.

It's a fun day here at @gmmb. The super high-tech security robot at our office complex has had a mishap. pic.twitter.com/nhRshrJA9w

Our D.C. office building got a security robot. It drowned itself.

We were promised flying cars, instead we got suicidal robots. pic.twitter.com/rGLTAWZMjn

There’s no word yet on whether or not Steve survived his swim.

"This initial phase is our opportunity to implement, vet, and remediate any bugs in the system to help advance both the programming and security features in a busy mixed-use center such as The Washington Harbour," a spokesperson for the office building wrote in a statement to CNN. "These incidents show us where improvements are needed, which may then be deployed to contribute to the ongoing security of our tenants, residents and visitors."