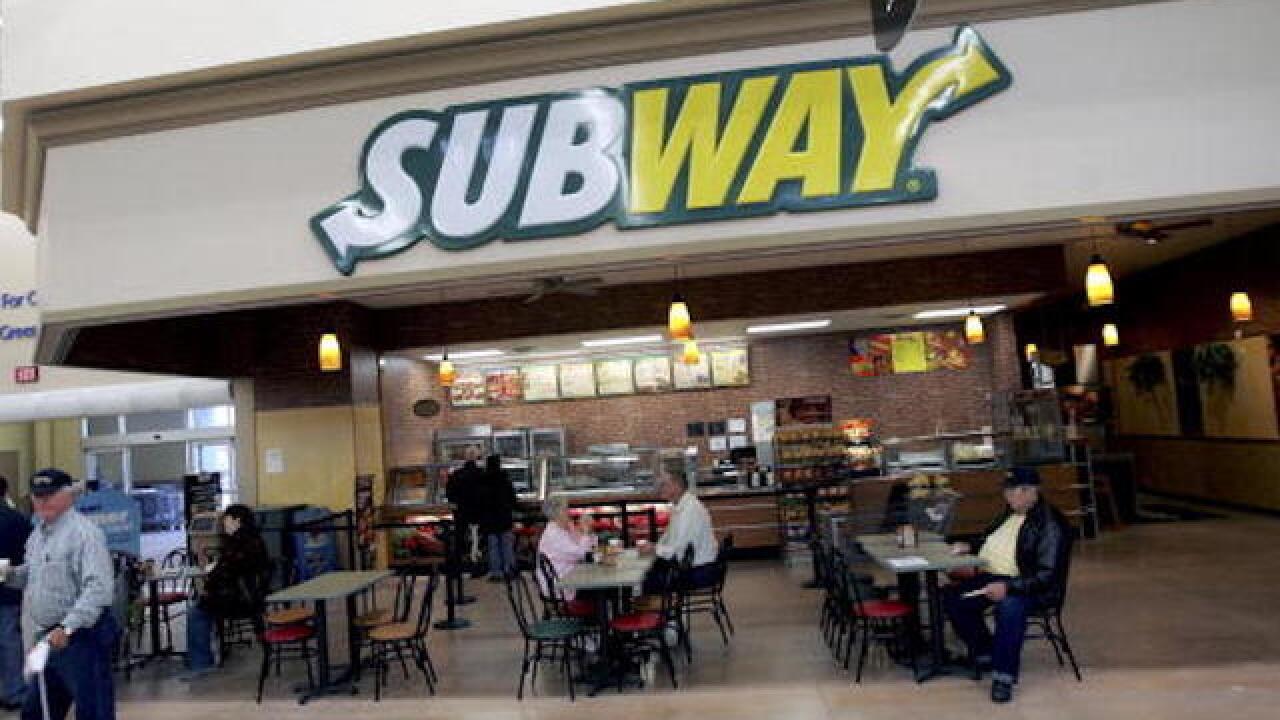 Copyright 2017 Scripps Media, Inc. All rights reserved. This material may not be published, broadcast, rewritten, or redistributed.
J.D. Pooley
<p>BOWLING GREEN, OH - MAY 17: A Subway restaurant is seen inside the new 2,000 square foot Wal-Mart Supercenter store May 17, 2006 in Bowling Green, Ohio. The new store, one of three new supercenters opening today in Ohio, employs 340 people with 60 percent of those working full-time. (Photo by J.D. Pooley/Getty Images)</p>

According to one study, Subway Canada's chicken isn’t too “fresh.”

A DNA study by Trent University and the Canadian Broadcasting Corporation (CBC) reveals that some chicken products from the sandwich chain contained less than 50 percent chicken DNA.

RELATED: Wendy's to install self-ordering kiosks at 1,000 locations in 2017

CBC reports that the rest of the DNA found in the chicken was soy — used either for either seasoning or filler.

Researchers also ran DNA tests for chicken products from McDonald’s, Wendy’s, A&W and Tim Horton’s — all of which contained at least 84.9 percent chicken DNA, and no more than 90 percent.

Ben Bohrer, a food scientist at the the University of Guelph, told the CBC that fast food chicken is often a “restructured product” — or smaller bits of meat bound together. The additional chemicals added to the meat — while safe for consumption — are added to make the meat cheaper to produce, last longer and taste better.

Subway released the following response to the CBC.

SUBWAY Canada cannot confirm the veracity of the results of the lab testing you had conducted. However, we are concerned by the alleged findings you cite with respect to the proportion of soy content. Our chicken strips and oven roasted chicken contain 1% or less of soy protein. We use this ingredient in these products as a means to help stabilize the texture and moisture. All of our chicken items are made from 100% white meat chicken which is marinated, oven roasted and grilled. We tested our chicken products recently for nutritional and quality attributes and found it met our food quality standards. We will look into this again with our supplier to ensure that the chicken is meeting the high standard we set for all of our menu items and ingredients.

Read more about the CBC's study with Trent University here.