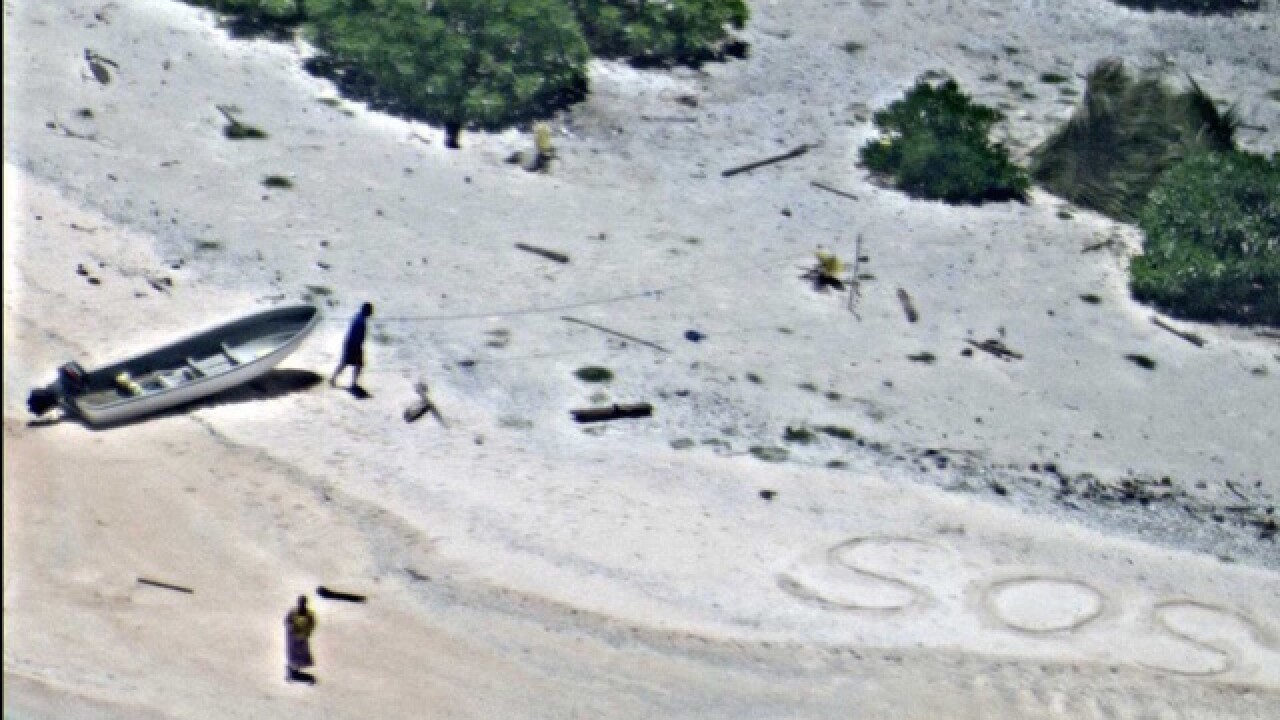 Two mariners were rescued on Friday from a remote island in the Pacific Ocean after eight days of being stranded, according to the U.S. Coast Guard.

The mariners wrote "SOS" on the beach of an island in Chuuk State region of the Federated States of Micronesia.

A Navy plane spotted the signal after responding to flashing lights from a British vessel. The Navy relayed the information to the Coast Guard who performed Friday's rescue.

The duo left on an 18-foot vessel from Weno Island on Aug. 17. They were expected to arrive at their destination of Tamatam Island the next day.

After watchstanders were alerted, a search commenced over an area of 16,000 square miles.