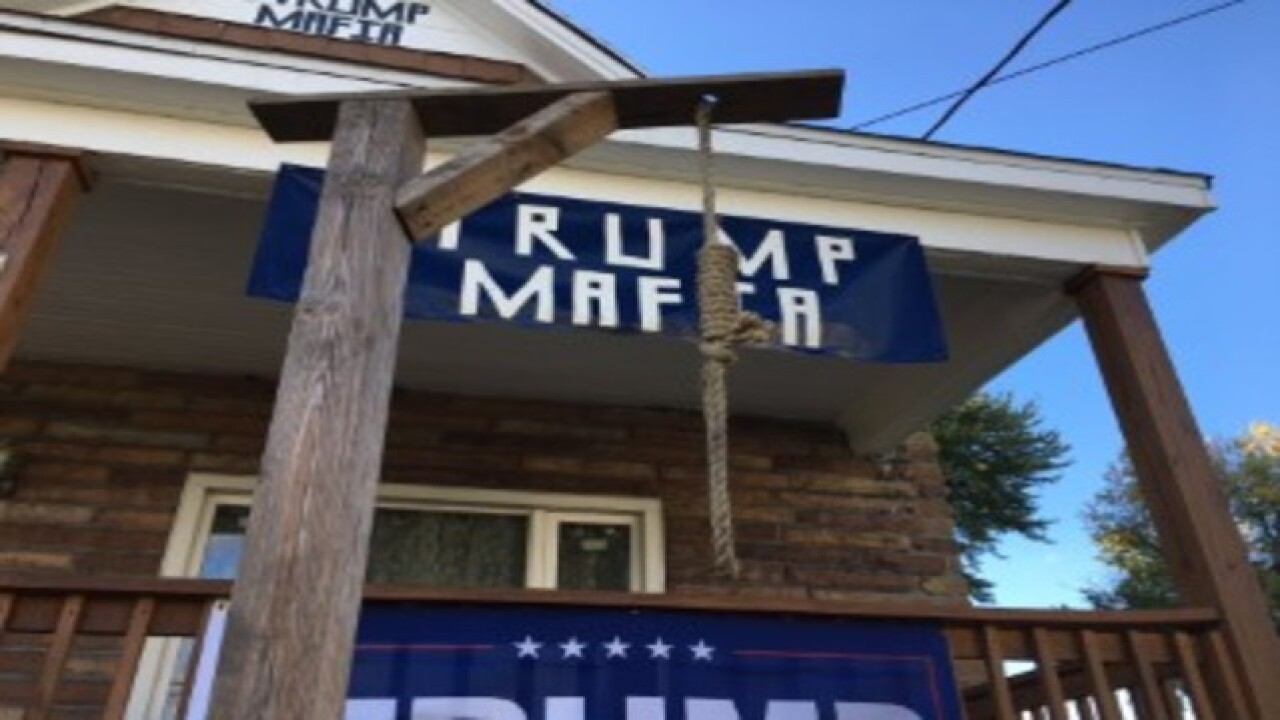 One Buffalo, New York man is taking his political discontent to a whole new level.

Egbert Bickley says he is frustrated with America, which is why he has a noose on his front lawn. He says he's hoping to make a political statement...that America is falling apart.

Bickley says the noose symbolizes the distress that our country is in.

"We're not the greatest country in the world...we lost that," he said. "We're dying...we're going to all be hanging from there. Right now, it's America hanging from it."

People in Bickley's neighborhood say the noose should not be used as a political took, and symbolizes a dark time in our Nation's history.

"He shouldn't have it out in the open like that," said one neighbor. "That's strong. That is crazy. If a black person were to walk down this street, they would look at that and think 'wow, that's crazy."

Bickley maintains it's a political statement, and meant to offend everyone.

"We need to make America great again...get over it! It's just a political statement," he said.