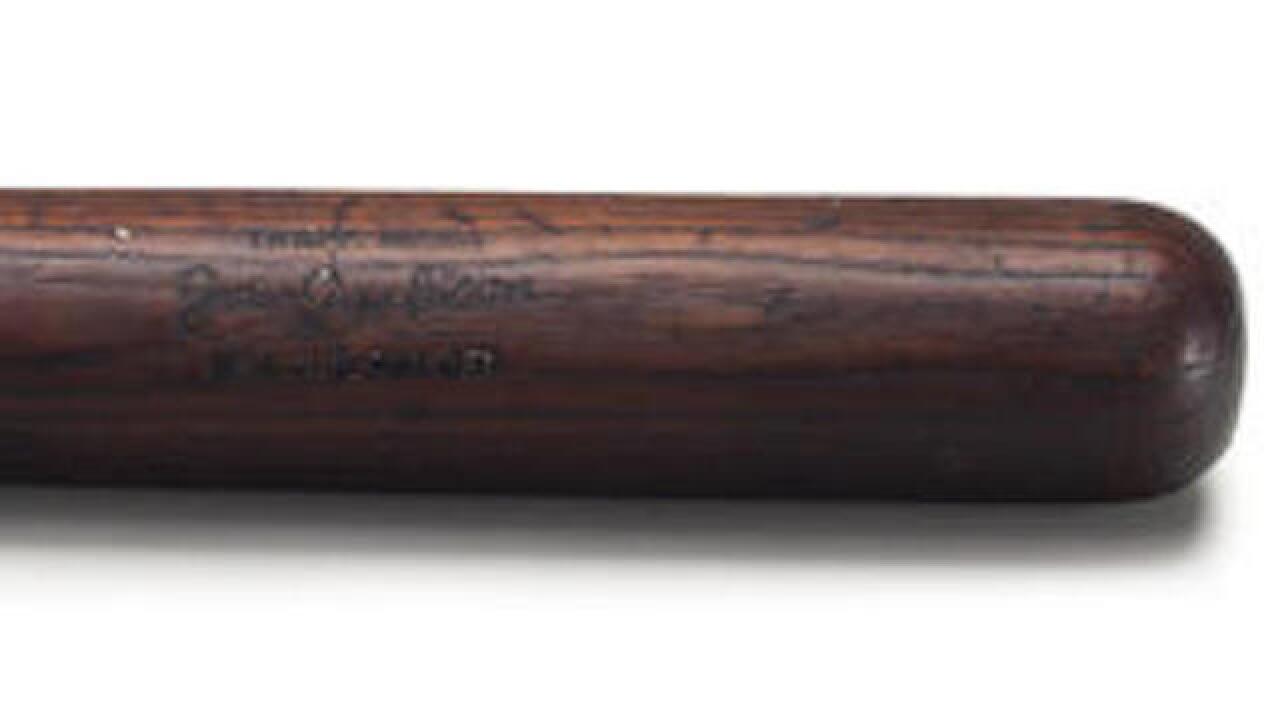 Copyright Associated Press
<p>In this undated photo provided by Christie's Images LTD. 2016, a detail of &quot;Black Betsy,&quot; showing the signature of&quot;Shoeless&quot; Joe Jackson is shown. Jackson's game bat is among a trove of baseball artifacts that will go up on the block at Christie's during a two day auction starting Wednesday, Oct. 19, 2016. (Christie's Images LTD.2016 via AP)</p>

Christie's says it went to an online bidder Wednesday on the first of a two-day auction of baseball memorabilia.

The items come from the National Pastime Museum, an online museum based on a private collection of baseball artifacts, photographs and memorabilia.

Shoeless Joe's "Black Betsy" bat is one of two known to survive from his career, and the only one with his full signature in script stamped into the barrel.

Jackson was accused with other Chicago White Sox teammates of accepting payments for throwing the 1919 World Series. The Major League great was acquitted but banned from the sport.