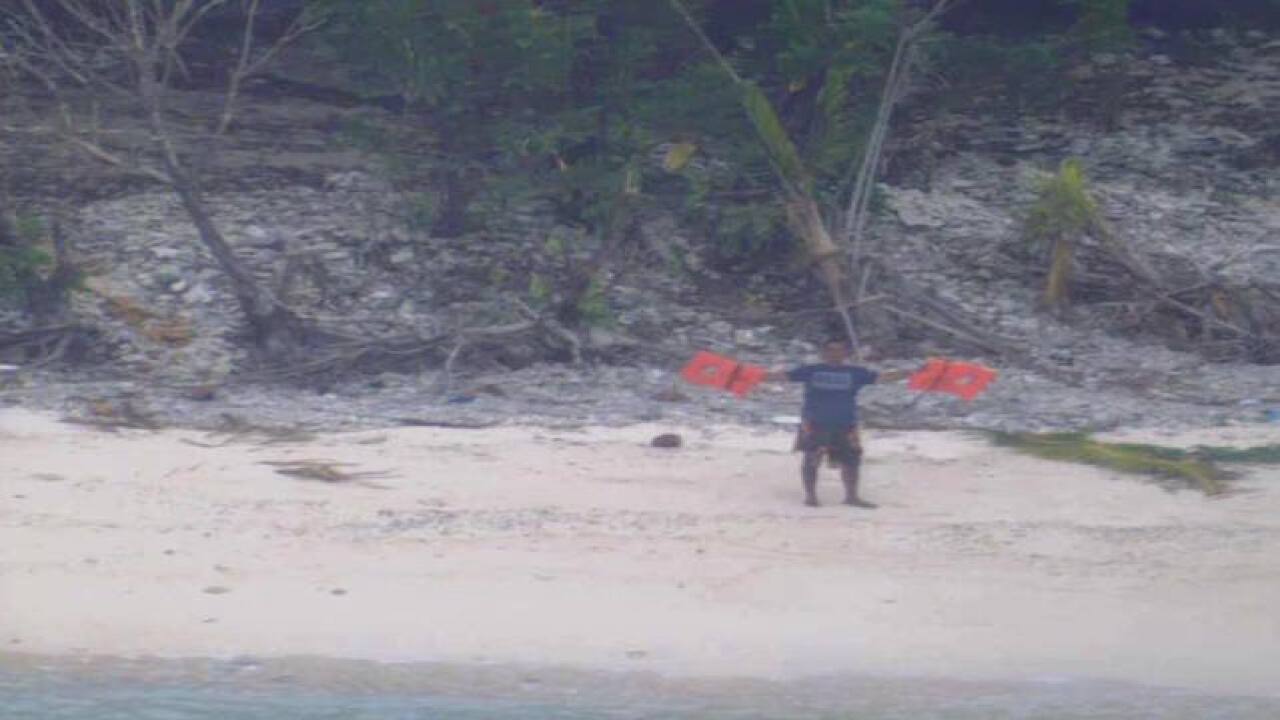 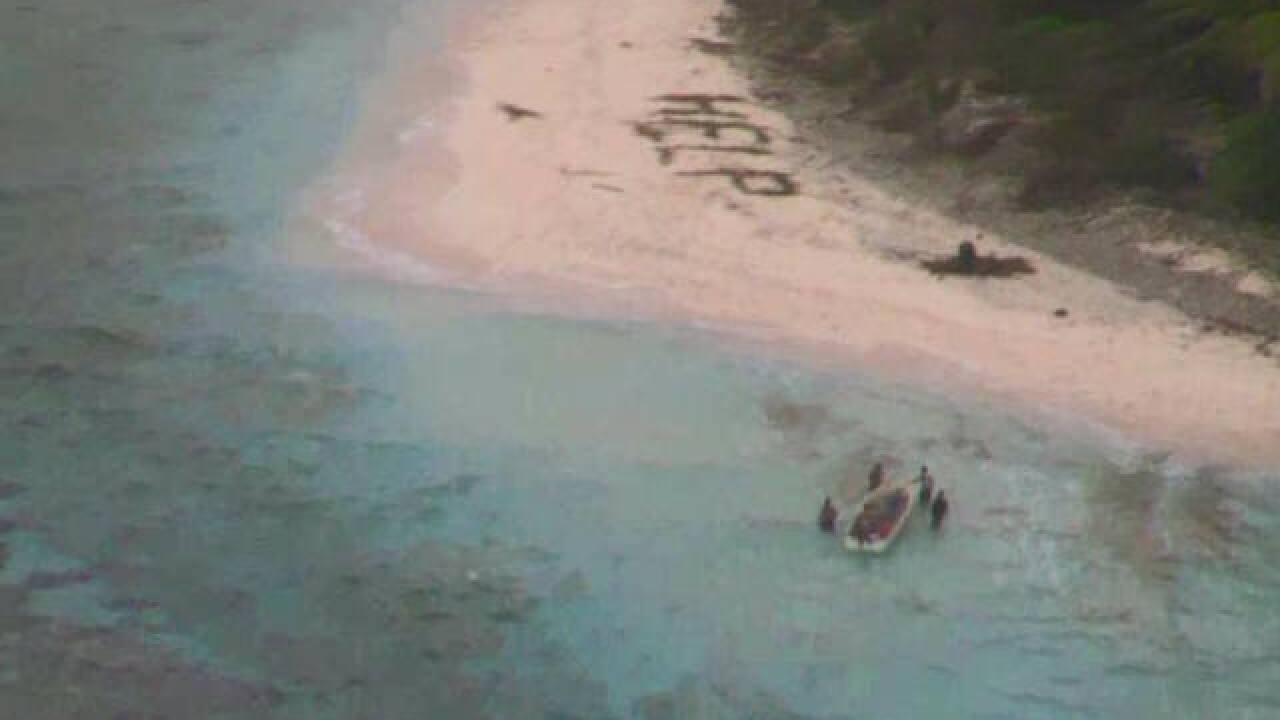 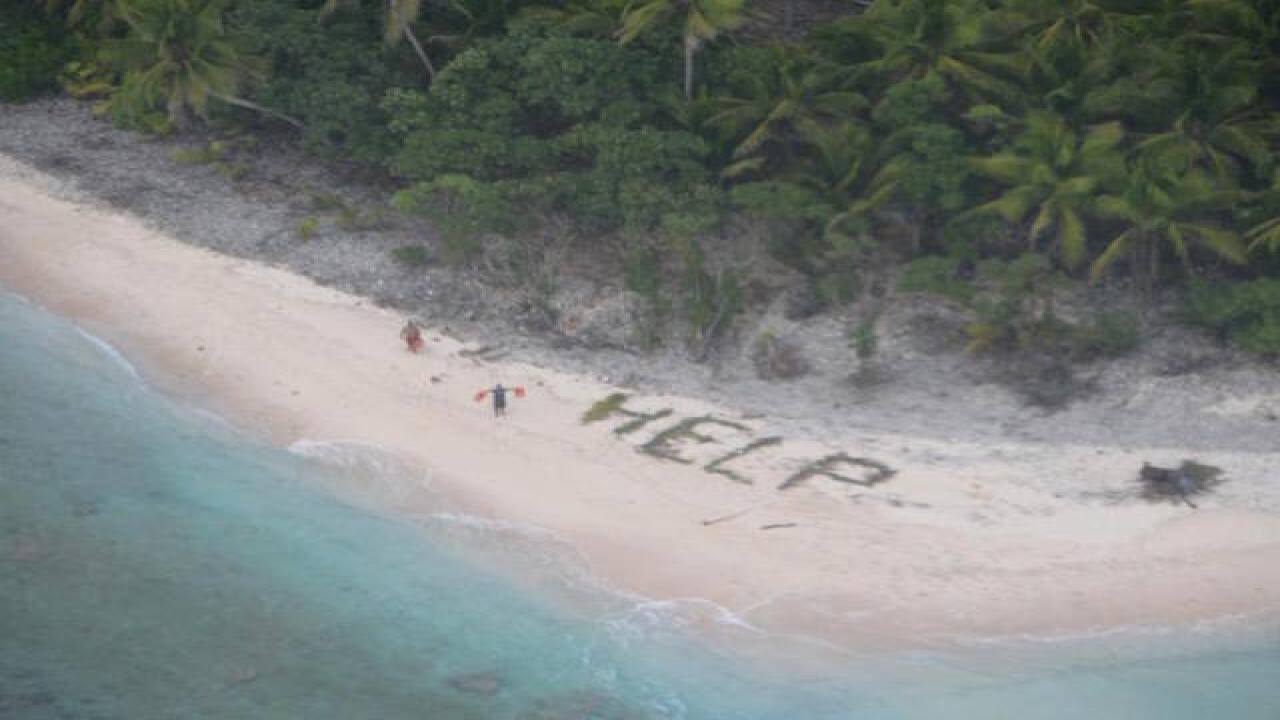 This was not a scene from the movies. Three mariners who were marooned on an unoccupied island in the Pacific Ocean this week signaled "HELP" to military planes using leafs on the beach.

The mariners had to abandon their ship on Tuesday and swim two miles at night to the small island called Fanadik. They were forced from the ship due to high waves.

The United States Coast Guard was notified and began searching for the shipmates.

According to the Coast Guard, it notified volunteer commercial vessels to conduct a search by sea, and the U.S. Navy to assist using its aerial fleet. On Thursday, Navy planes saw the help signal, and dispatched a rescue vessel to evacuate the three men to Pulap.

Fanadik is southeast of the U.S. territory of Guam, and is part of the island group of the Federated States of Micronesia.