Service dog shot and killed by police in Florida 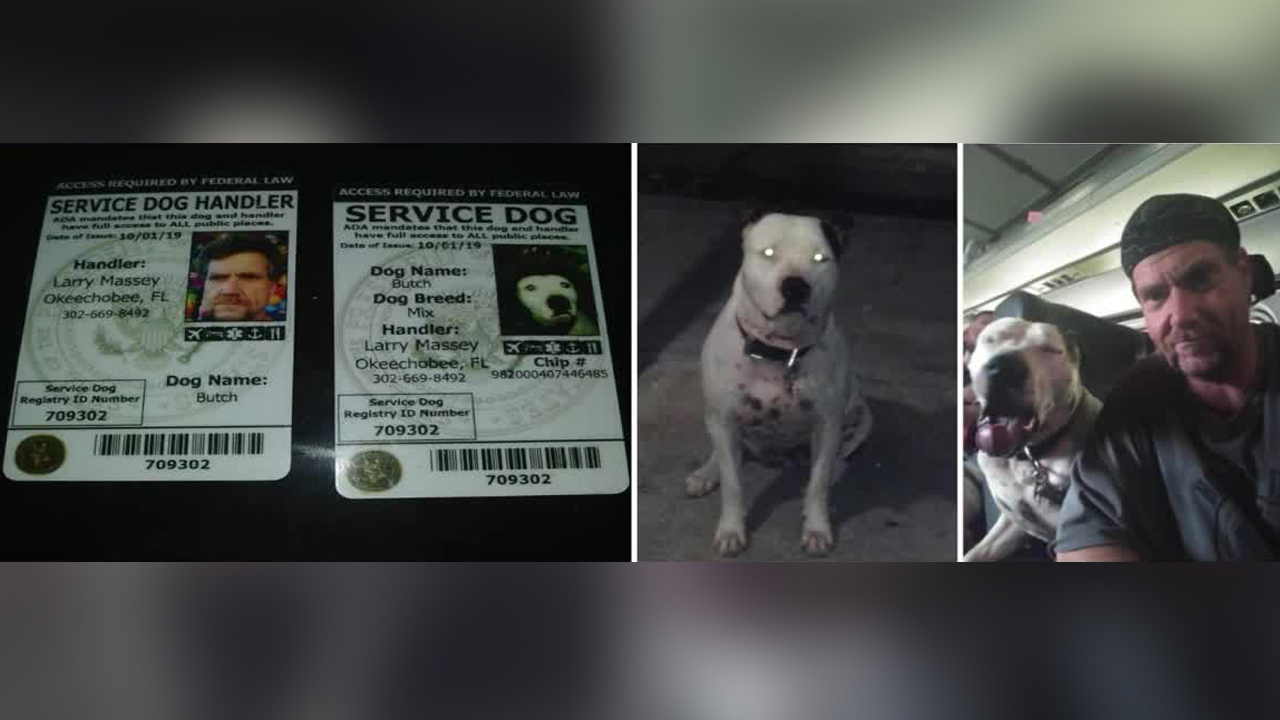 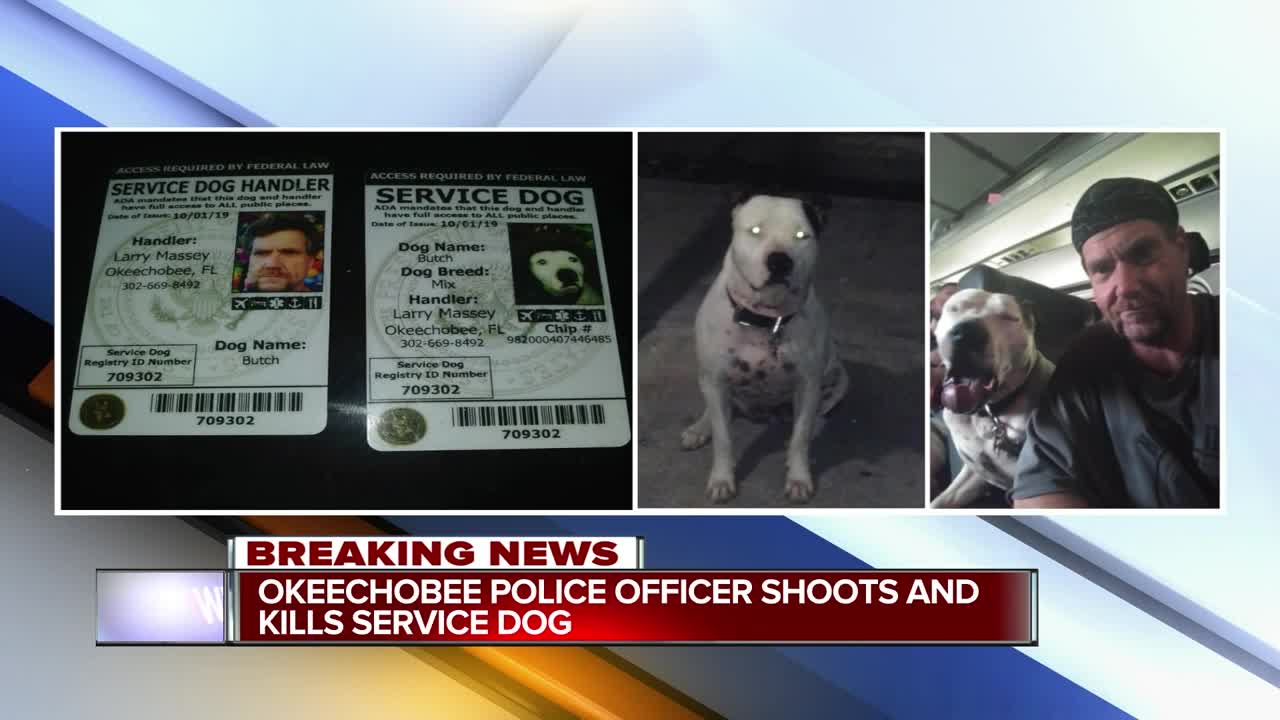 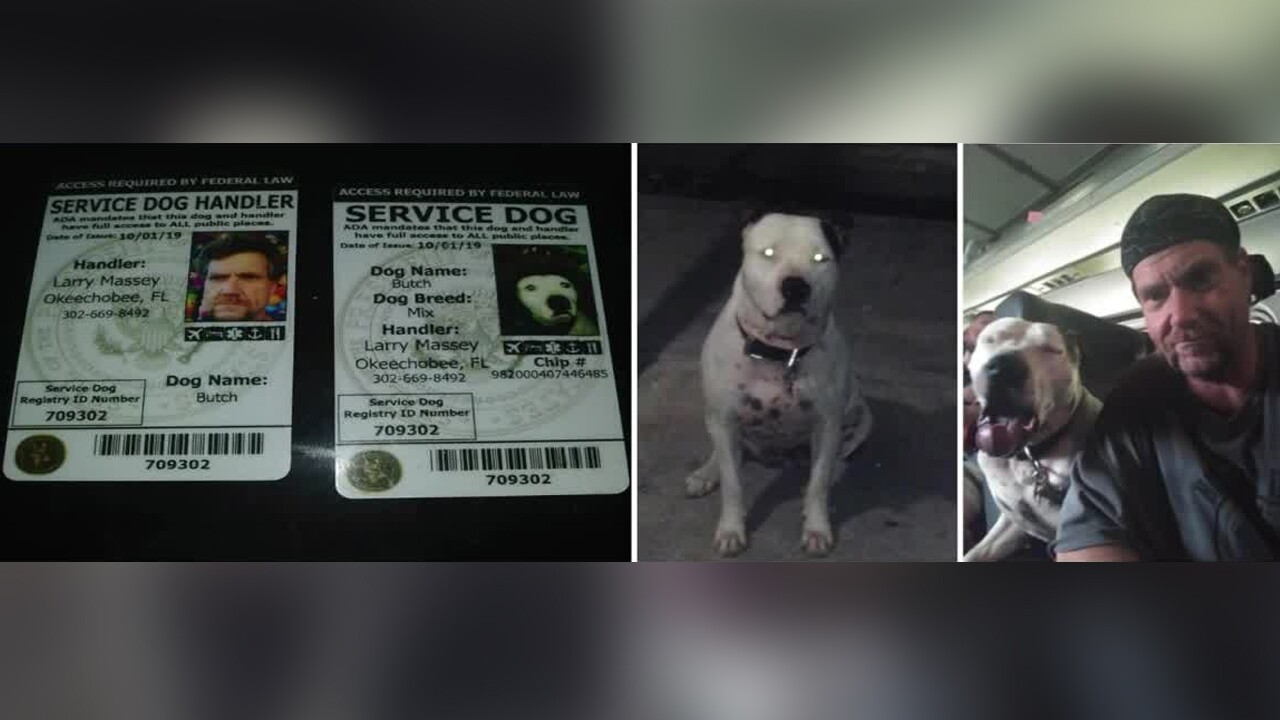 The Okeechobee Police Department said a police officer shot and killed a man's service dog late Monday night after the animal was aggressive, grabbing his arm and tearing his pants.

However, the owner of the dog, Larry Massey, said the officer misunderstood what was happening because he was having a seizure, shooting his dog named Butch.

According to a news release from the city, they received a call at 11:59 p.m. by a passerby that a man was passed out on the side of the road.

Two officers, identified by the city as Rojas and Daigneault (their first names were not provided), arrived at that location and found Massey unresponsive.

Police said that Massey had informed officers in the past that due to a medical issue, he has seizures. The news released said Rojas did a "sternum rub" to revive Massey.

While Rojas was assisting Massey, police said Massey's dog growled at and attacked Daigneault, grabbing his right pants leg with its teeth and tearing his pants.

Police said Daigneault pushed the dog away with his foot, but the dog lunged at Daigneault again, grabbing the officer's arm.

Daigneault pushed the dog away a second time, but the dog lunged at Daigneault's face. Police said Daigneault then shot the dog to protect himself and others.

The dog was transported to a local veterinarian's office but was pronounced dead upon arrival.

Police said the dog was not wearing a service dog vest.

The case is under investigation.

This story was originally published by Stephanie Susskind on WPTV in West Palm Beach, Florida.