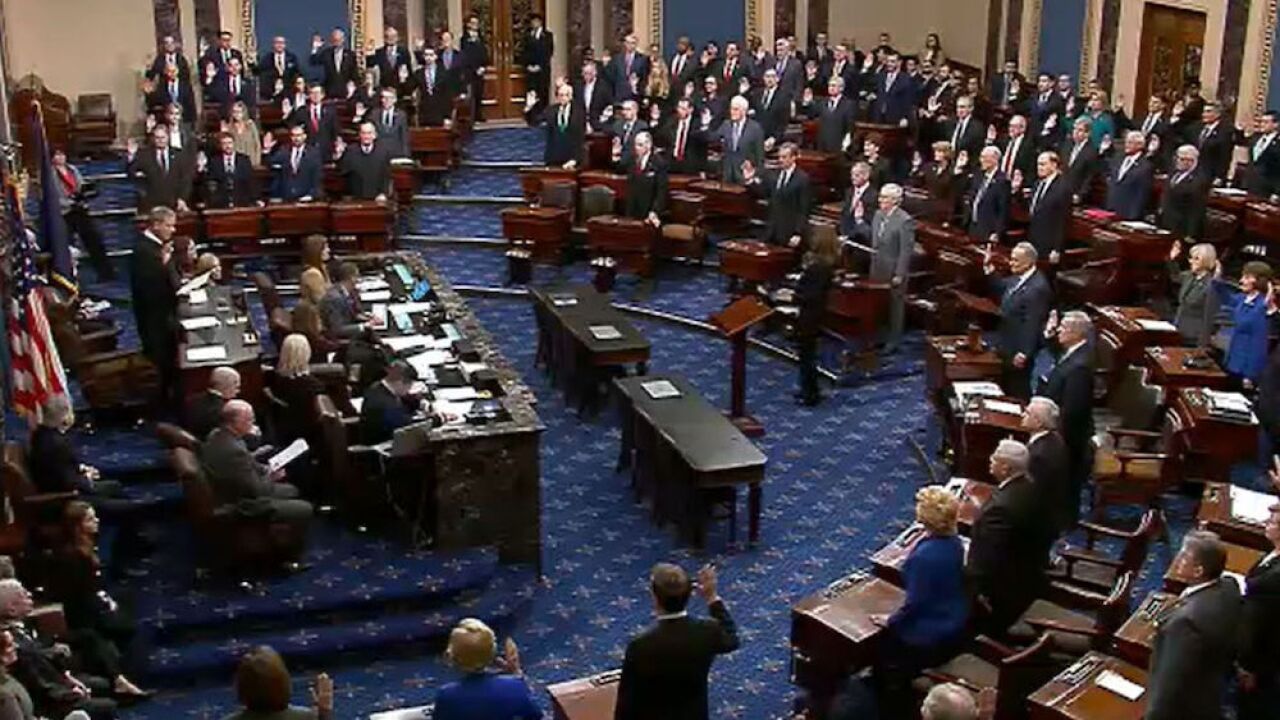 Democrats argued that President Donald Trump sought a phony investigation of a political rival and pursued a discredited conspiracy theory about Ukraine, while restless senators played with a new toy Thursday during Trump's impeachment trial.

Democrats said there was no evidence that former Vice President Joe Biden did anything improper in dealings with Ukraine. Republicans outside the chamber challenged Democrats' argument and pledged to find out more about Biden and his son’s dealings in Ukraine.

Collins' spokeswoman confirms that the Republican penned the note after House Judiciary Committee Chairman Jerry Nadler's comment about a “cover-up” by Senate Republicans for Trump.

After receiving the note, Roberts admonished both sides around 1 a.m. Wednesday. Collins indicated afterward that she'll make her decision on impeachment on the facts that are presented, and said Nadler's comments won't affect her decision.

Rep. Adam Schiff is the face of the House’s impeachment case against President Donald Trump. Though he has six managers by his side, Schiff is setting the tone, working methodically to convince the Senate Trump deserves to be removed from office.

Schiff told The Associated Press in an interview Thursday it is like he is “introducing myself to a number of the senators” at Trump's impeachment trial. He said many Republicans are “finding I'm not the demon” that he's often portrayed to be. Republicans were complimentary of Schiff but said they learned nothing new about the case against the president.