Senate will not vote on latest GOP plan to repeal, replace Obamacare 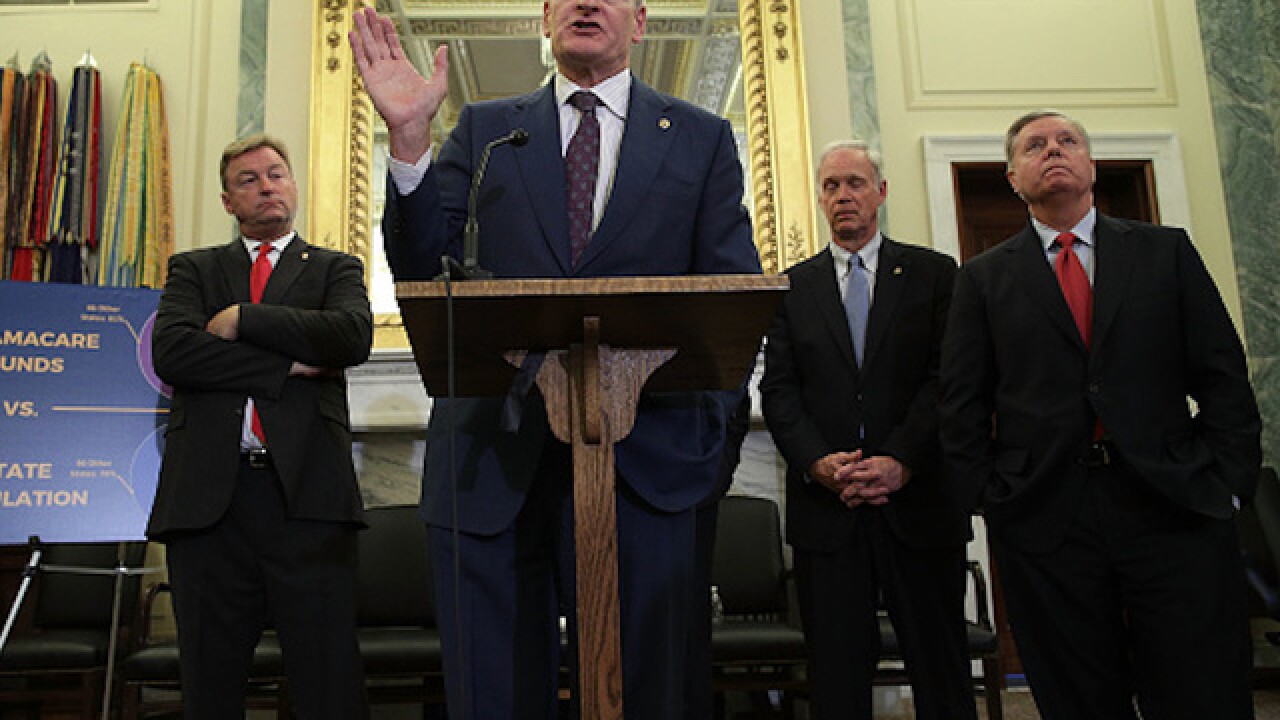 The Senate will not vote on the Graham-Cassidy bill to repeal Obamacare, Majority Leader Mitch McConnell told Republicans in a closed-door meeting, three sources told CNN.

McConnell met with lawmakers Tuesday to take stock of where his members are on the proposal and make the call once and for all if Graham-Cassidy, the latest bill to repeal and replace Obamacare, will get a vote in the Senate.

On Monday, Sen. Susan Collins, a Republican from Maine, finally came out against the bill, a position she'd been teetering toward for days. Sens. John McCain of Arizona and Rand Paul of Kentucky also opposed to the measure.

The calculations for health care are agonizing for McConnell. Putting a controversial bill on the floor without the votes exposes members to political fallout and attack ads. Many Republicans haven't even taken a public position on Graham-Cassidy, a bill that the Congressional Budget Office said Monday would drastically cut Medicaid and lead to millions of people not having health insurance compared to the status quo.

But some senators have been pushing for a vote regardless of outcome.

"We are going to press on. It's OK to vote. It's OK to fall short, if you do, for an idea that you believe in," South Carolina Sen. Lindsey Graham told CNN's Jake Tapper and Dana Bash at town hall debate in Washington Monday night.

Can it stay alive via tax bill?

Regardless of what happens to Graham-Cassidy, there are signs that plenty of Republicans in Washington -- both in the White House and Capitol Hill -- are simply not ready to give up.

President Donald Trump said Tuesday that he was "disappointed" in several senators, in an apparent reference to McCain, Paul and Collins.

"At some point there will be a repeal and replace but we'll see whether or not that point is now or whether it will be shortly thereafter," Trump said. "But we are disappointed in certain so-called Republicans."

On Capitol Hill, there are rumblings among lawmakers about ways to keep trying on repeal if this week ends with defeat (the current legislative vehicle that Republicans are using to move a health care bill without any Democratic support expires after Saturday).

One idea -- which hardly enjoys widespread support at the moment -- is to tie both health care and tax reform to the 2018 budget.

Graham and Sen. Ron Johnson, who both sit on the budget committee, have advocated for this idea. It has raised concerns among Republican lawmakers and staff alike who know just how messy that could potentially be.

One GOP aide bluntly described that scenario as "a nightmare."