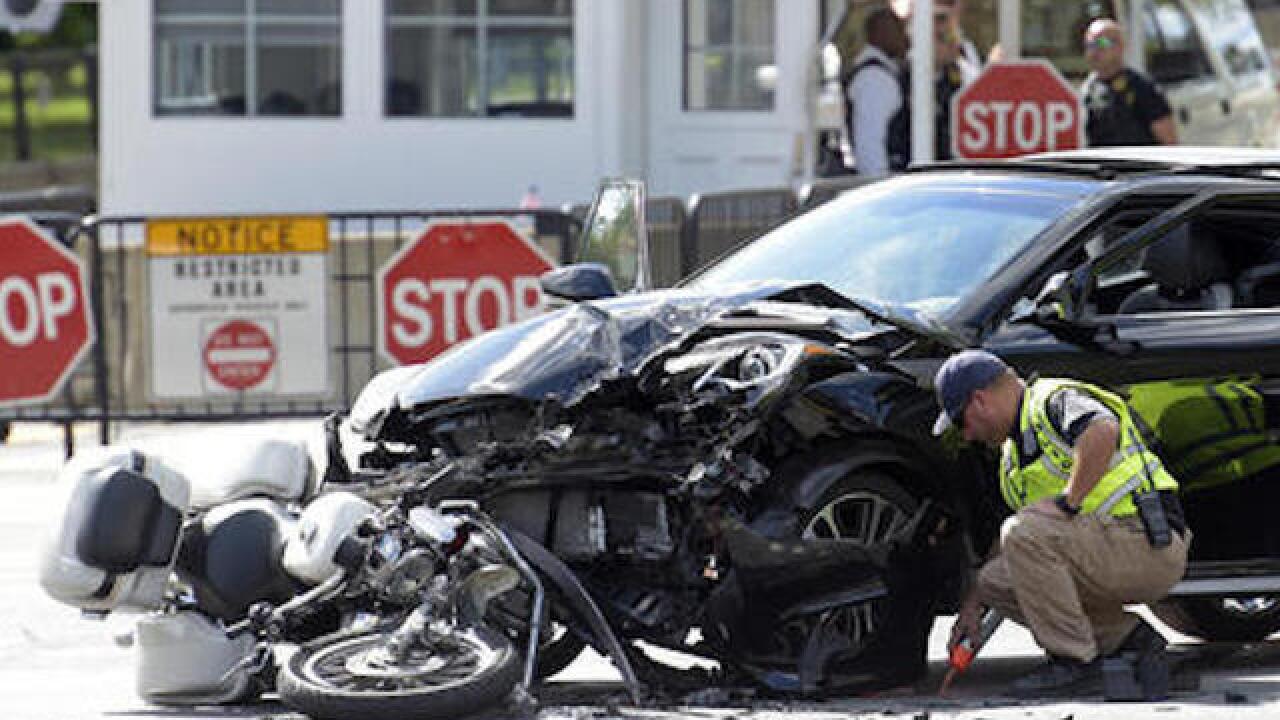 WASHINGTON (AP) — The U.S. Secret Service Says a uniformed division motorcycle officer has been struck by a car near the White House and taken to a hospital.

The agency tweeted shortly after 2 p.m. Monday that the officer was receiving medical attention.

An AP photographer at the scene says the crash occurred between the White House and the White House visitor center. An AP reporter says a black car with a crumpled front end was in the intersection, a motorcycle under its front end. Debris from the crash was scattered in the street.

There was no immediate word on whether the driver of the car was injured.