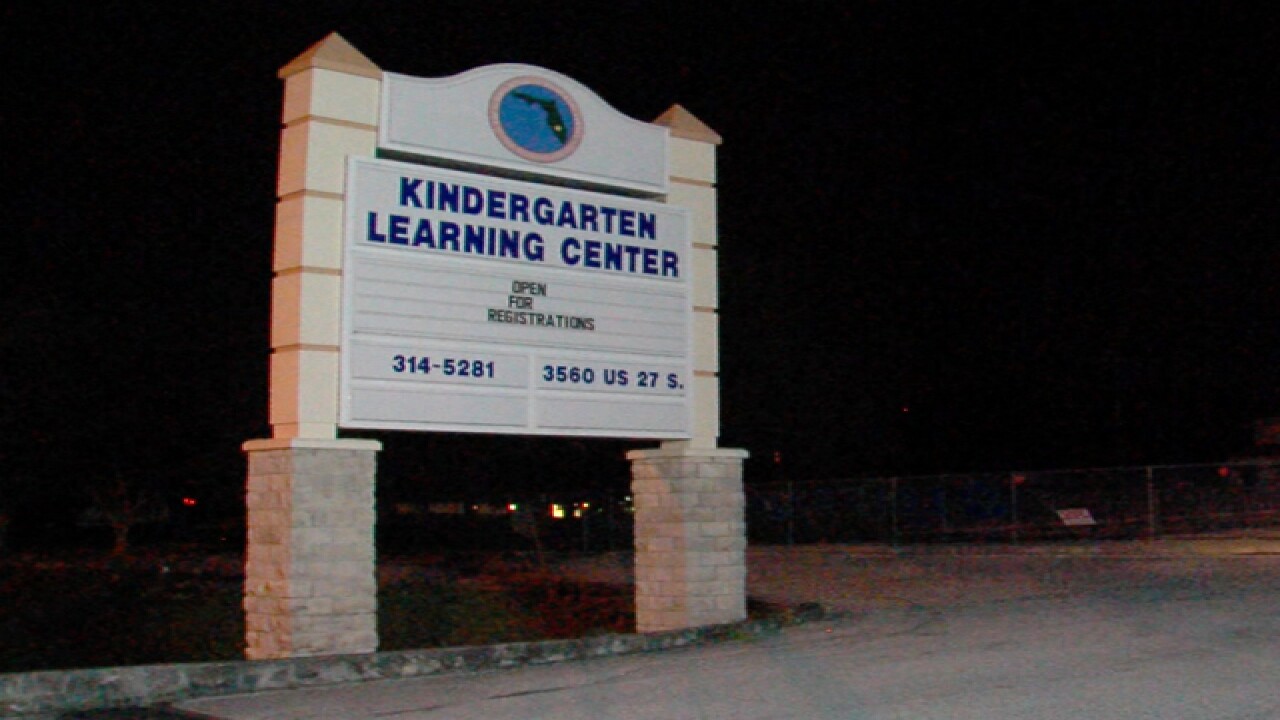 Commander Steve Carr tells ABC Action News that there is no supportive evidence to prove that the teacher choked or abused the child at the Kindergarten Learning Center.

Police investigated the incident and spoke to other students in the class who say they did not see anything happen.

The substitute teacher was no stranger to the classroom.

Police say a full report will be released on Friday at noon.

The Department of Children and Families will continue to investigate the incident.

The Sebring Police Department is investigating an accusation that a substitute teacher at the Kindergarten Learning Center choked a 5-year-old student.

According to the parents of the little girl, Monday after school their child told them the sub did that to her. Victoria Fraser said her daughter told her the substitute teacher was upset at another student and that she was doing her work when it happened.

"She said he walked up and he grabbed my neck and choked me. She said I couldn't breathe," Victoria Fraser said.

The Fraser's contacted the Sebring Police Department. ABC Action News confirmed they are looking into the accusation against the substitute teacher.

"As a grown person, if I go and put my hands around somebody's neck, I'd go to jail that minute. I don't understand how a grown man can put his hand around a child's neck," Daniel Fraser said.

Daniel Fraser does not believe his daughter would make up this story.

"I've never heard her come home and say a story like that to me. It's just shocking and her story doesn't change no matter how many people she tells it to," Daniel Fraser said.

ABC Action News confirmed the Florida Department of Children and Families is also investigating the allegation against the school employee.

The Fraser's said their daughter is now afraid of male teachers and missed 1 day of school.

"I'm supposed to trust these people that she goes to school with and it's like you can't even trust them," Daniel Fraser said.

Deputy Superintendent Dr. Rodney Hollinger of the School Board of Highlands County said the substitute teacher cannot sub at any one of their schools, pending the results of the investigation.