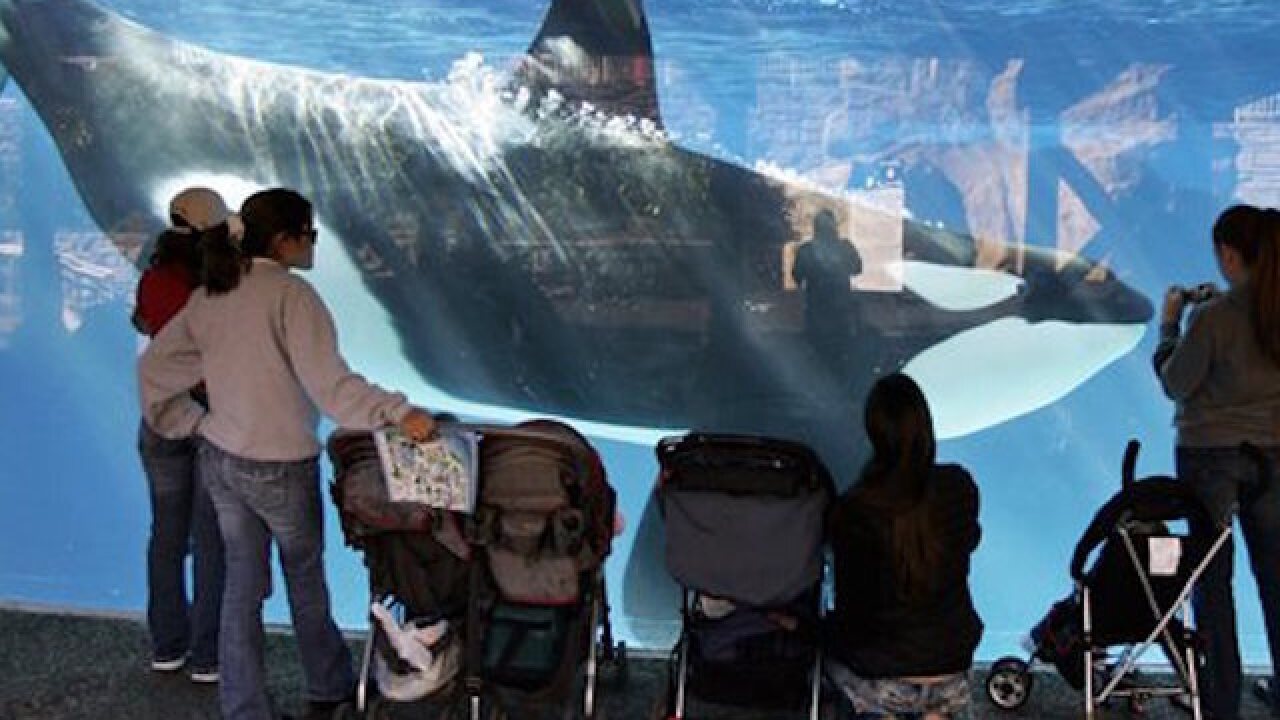 MIAMI (AP) — SeaWorld announced Thursday it is ending its practice of killer whale breeding following years of controversy over keeping orcas in captivity.

In a statement released Thursday morning, the company said the breeding program will end immediately. It also announced a partnership with the Humane Society of the United States.

The company also said it is ending theatrical shows at its parks and will introduce "new, inspiring natural orca encounters." The new shows will begin next year at the SeaWorld Entertainment Inc.'s San Diego park, before expanding to its San Antonio park and then to the Orlando park in 2019.

"SeaWorld has introduced more than 400 million guests to orcas, and we are proud of our part in contributing to the human understanding of these animals," said Joel Manby, president and chief executive officer of SeaWorld Entertainment, Inc. "As society's understanding of orcas continues to change, SeaWorld is changing with it. By making this the last generation of orcas in our care and reimagining how guests will encounter these beautiful animals, we are fulfilling our mission of providing visitors to our parks with experiences that matter."

The company said its partnership with the Humane Society will help educate guests on animal welfare and conservation issues through interpretive programs at the parks and by expanded advocacy for wild whales, seals and other marine creatures.

"SeaWorld's commitment to end breeding of orcas is a long-held goal of many animal advocacy organizations, and we commend the company for making this game-changing commitment," said Wayne Pacelle, president and CEO of the Humane Society.

Criticism over keeping killer whales in captivity increased in 2010 after a killer whale named Tilikum grabbed trainer Dawn Brancheau after a "Dine with Shamu" show and pulled her into the pool, killing her. The death was highlighted in a documentary titled "Blackfish." Tilikum, who was also involved in the deaths of two others, is now very sick. He has been at SeaWorld Orlando for 23 years.

Park attendance dropped after the release of "Blackfish" in 2013 and SeaWorld reported a fourth-quarter loss of $11 million in February.

Also in February, SeaWorld acknowledged sending workers to infiltrate the animal rights group People for the Ethical Treatment of Animals. At the time, Manby said the employees had been sent to PETA to protect the safety of its employees and customers, but he vowed to end the practice.

PETA, which has been especially vocal in its criticism of SeaWorld, said their campaign has yielded a payoff for future generations of orcas but more needs to be done.

"SeaWorld must open its tanks to the oceans to allow the orcas it now holds captive to have some semblance of a life outside these prison tanks," PETA spokeswoman Colleen O'Brien said in a statement.

By August 2014, SeaWorld said it would build new, larger environments for its marine mammals and fund additional research and conservation efforts.

"These changes are something that advocates have been urging for years, and I think SeaWorld will find that visitors will reward their actions with a renewed interest in the parks," Schiff said in a statement Thursday.