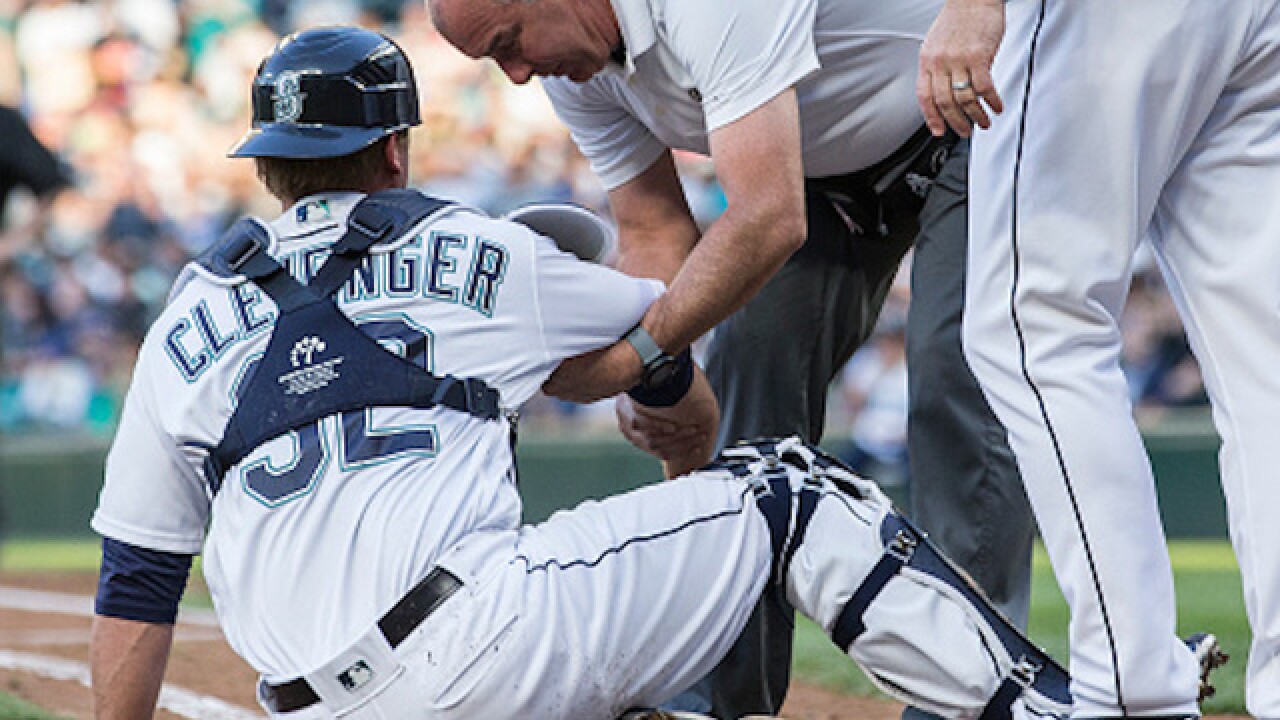 Stephen Brashear
<p>SEATTLE, WA - JUNE 29: Trainer Rick Griffin (C) and manager Scott Servais of the Seattle Mariners tend to catcher Steve Clevenger #32 during the third inning of a game against the Pittsburgh Pirates at Safeco Field on June 29, 2016 in Seattle, Washington. The Pirates won the game 8-1. Clevenger left the game with a broken bone in his hand. (Photo by Stephen Brashear/Getty Images)</p>

The Seattle Mariners announced Friday that they’ve suspended backup catcher Scott Clevenger without pay for the rest of the season after tweeting about protests in Charlotte stemming from the police shooting of Keith Lamont Scott.

Seattle Mariners Executive Vice President & General Manager of Baseball Operations Jerry Dipoto announced that the club has suspended Steve Clevenger without pay for the remainder of the season.

While protesters took to the streets of Charlotte on Thursday Scott, Clevenger tweeted that Scott was a “thug” and that the protesters involved should be “locked behind bars like animals.”

Clevenger issued an apology the tweets on Friday, according to Fox Sports.

"I am sickened by the idea that anyone would think of me in racist terms. My tweets were reactionary to the events I saw on the news and were worded beyond poorly at best and I can see how and why someone could read into my tweets far more deeply than how I actually feel ... I do believe that supporting our First Amendment rights and supporting local law enforcement are not mutually exclusive. With everything going on in the world I really just want what is best for everyone regardless of who they are. I like many Americans are frustrated by a lot of things in the world and I would like to be a part of the dialogue moving forward to make this a better world for everyone."

The Mariners only have 10 games remaining in the season, and Clevenger has been on the disabled list since June with a broken hand. But, Deadspin reports that Clevenger’s suspension could cost him $30,000 of his $516,000 salary.