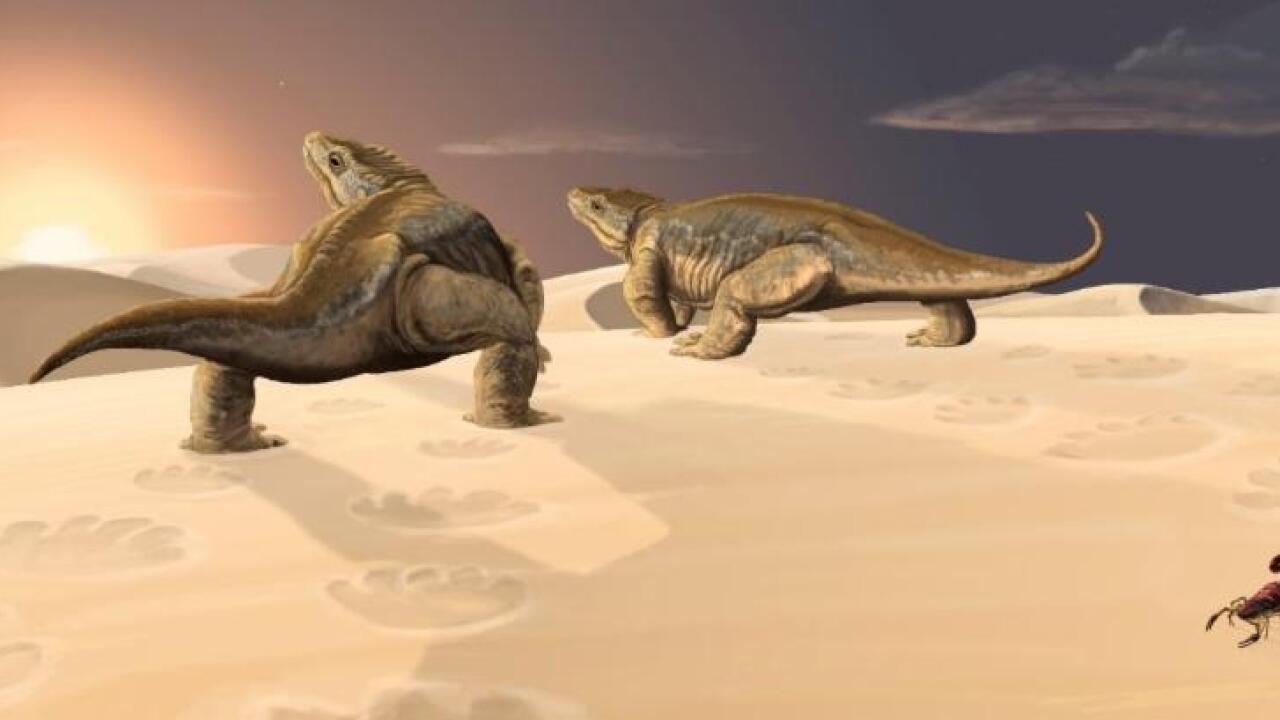 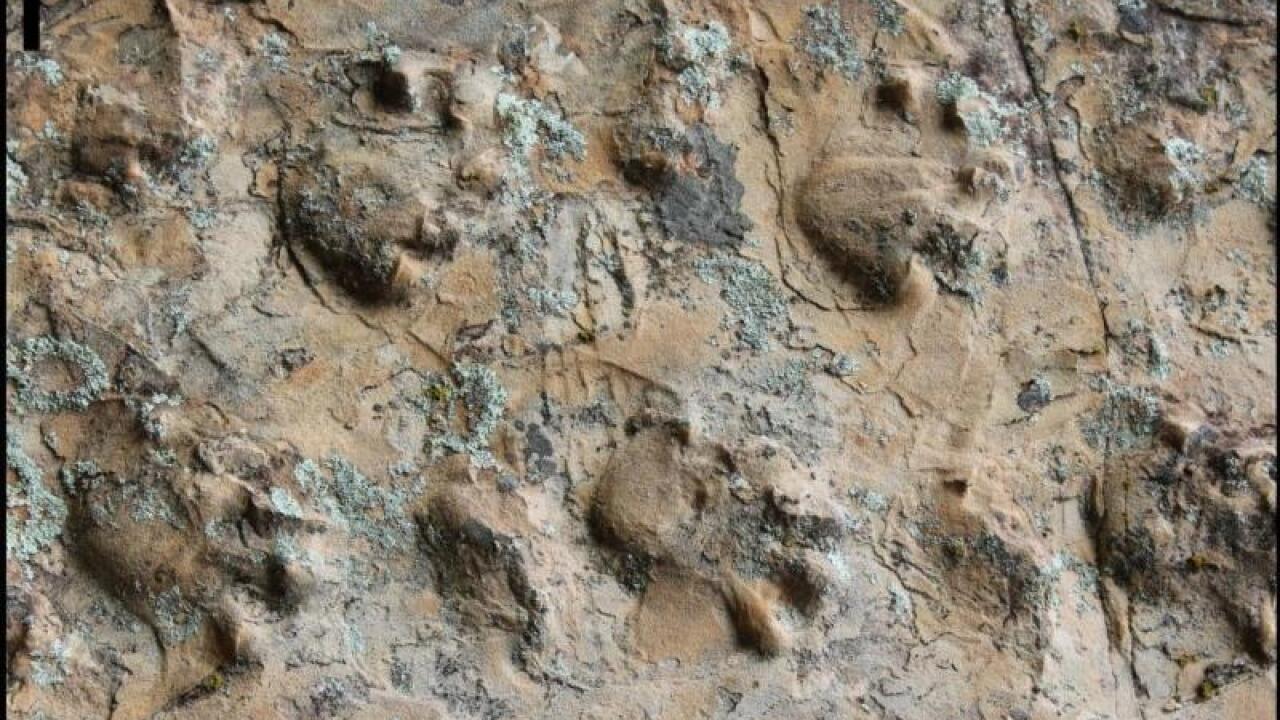 A group of scientists have discovered 280-million-year-old fossil tracks in a remote area of the Grand Canyon that predate the the appearance of the earliest dinosaurs, according to a press release from the Grand Canyon National Park.

According to the press release, an international team of paleontologists discovered "extremely well-preserved trackways of primitive tetrapods (four-footed animals) which inhabited an ancient desert environment."

Paleontologists recognized the fossil tracks and say they were produced by a "long-extinct relative of very early reptiles... of extinct tetrapods known as diadectomorphs, a primitive group that possessed characteristics of both amphibians and reptiles."

The characteristics of the newly discovered tracks suggest the creature that made the prints walked on all four legs, with each foot containing five "clawless digits."

"Although the actual track maker for the Grand Canyon footprints may never be known, the Grand Canyon trackways preserve the travel of a very early terrestrial vertebrate," the press release stated.