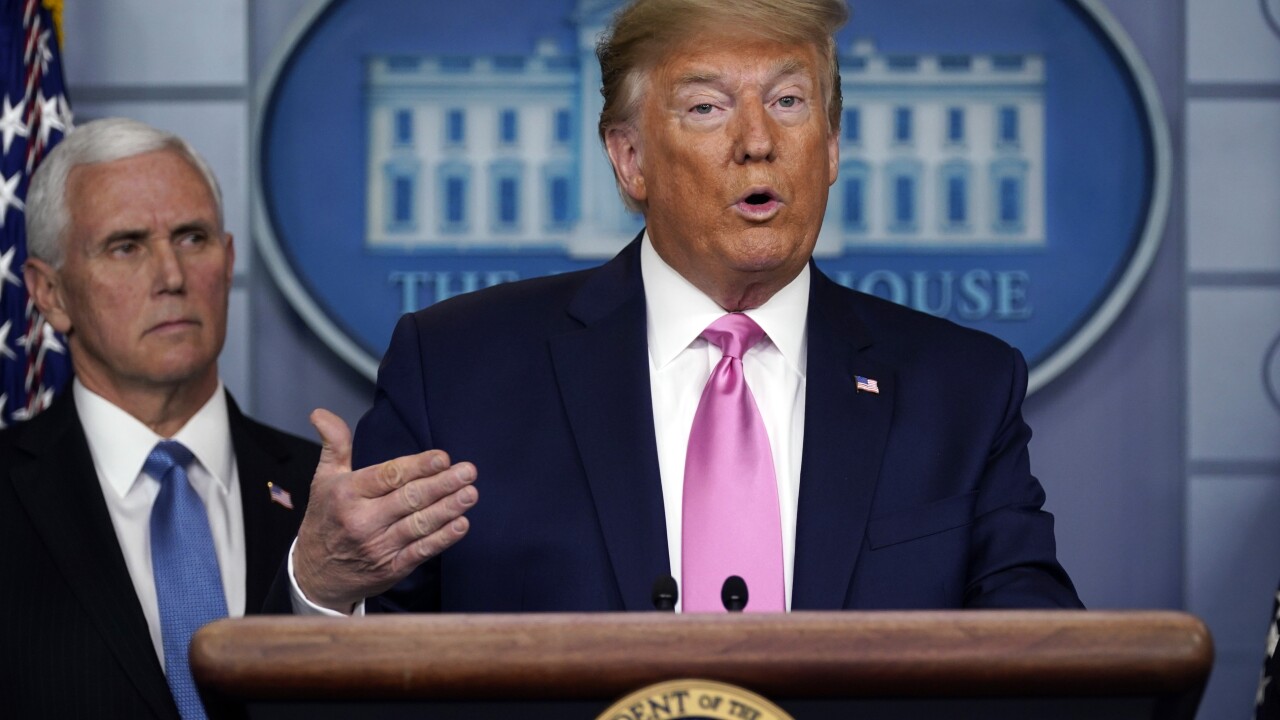 WASHINGTON — President Donald Trump has announced that Vice President Mike Pence will be “in charge” of the administration’s response to the coronavirus outbreak.

Trump made the announcement Wednesday during a press conference with officials from the Centers Disease Control and Prevention.

During the presser, the president said the United States is “very, very ready” for whatever the new coronavirus threat brings.

Trump assured the public that the risk to Americans is “very low” and that his task force is effectively handling the outbreak. That’s despite the CDC saying the day before that it seems inevitable that the virus will begin to spread in U.S. communities.

Trump also addressed the negotiations over the funding that will be allocated to combat the virus. Originally, the White House requested $2.5 billion, but lawmakers are calling for much more. Senate Democratic Leader Chuck Schumer has asked for $8.5 billion.

Wednesday, Trump indicated that he’d be open to more spending.

Dr. Anne Schuchat, the principal deputy director of the CDC, also spoke during the presser. She said the government’s aggressive containment strategy has been working and it’s responsible for the low levels of cases in U.S. so far. However, she said officials do expect more cases and it’s a good time to prepare.

“As you heard, it’s the perfect time for businesses, health care systems, universities and schools to look at their pandemic preparedness plans,” said Schuchat. “Dust them off and make sure they’re ready.”

Click here to learn more about preparing for a pandemic.

Schuchat went on to say that the coronavirus, officially called COVID-19, is similar to the flu and that everyday sensible measures can help prevent the spread. That includes covering your coughs, staying home when you’re sick and washing your hands.

Tony Fauci, the Director of the National Institute of Allergy and Infectious Diseases, provided an update on a potential vaccine for the virus.

Fauci said his team will be putting a vaccine into trials in about two months. It would then take about three months to determine if it’s safe. Then it would graduate to a trial of thousands of people. Then, an efficacy trial would take an additional six to eight months, according to Fauci.

“The answer to containing is public health measures. We can’t rely on a vaccine over the next several months to a year,” said Fauci.

WATCH THE NEW CONFERENCE BELOW: