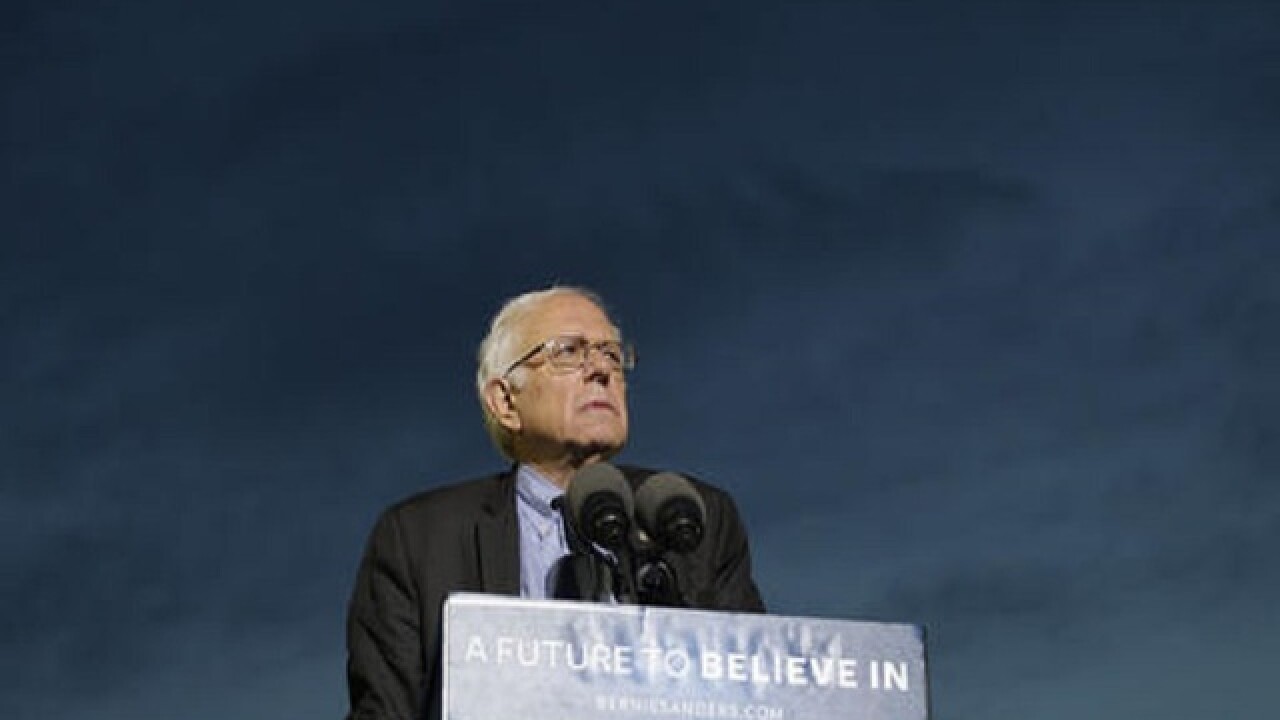 By: Associated Press
Posted at 9:42 PM, Mar 31, 2016
NEW YORK (AP) — Bernie Sanders is telling hundreds of supporters in New York City that if he wins the state's primary, he will win the White House.
The Democratic presidential candidate says voter turnout in April 19's primary could affect the trajectory of his campaign. The Empire State has 247 delegates up for grabs, the second largest haul in the primary season.
Sanders was joined at the rally Thursday night in the Bronx by actress Rosario Dawson, director Spike Lee and singer Residente. They spoke of Bernie's support for women and for Puerto Rico in its debt crisis.
Sanders drew on his experience growing up in Brooklyn. He reiterated his positions on fighting income inequality, creating a single-payer healthcare system and raising the minimum wage to $15 an hour.
Associated Press 2016