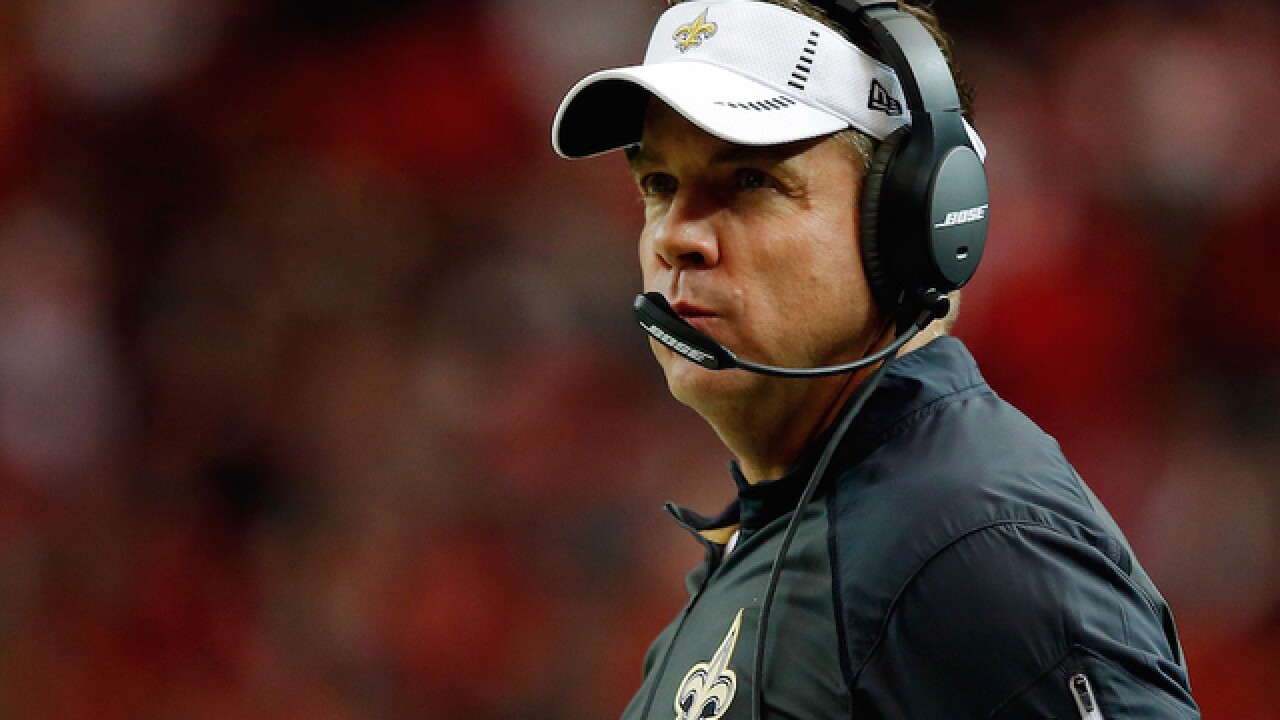 Kevin C. Cox
<p>Head coach Sean Payton of the New Orleans Saints looks on during the first half against the Atlanta Falcons at the Georgia Dome on January 3, 2016 in Atlanta, Georgia.</p>

NEW ORLEANS (AP) — New Orleans Saints coach Sean Payton is angered over the nation's gun laws and derides as "madness" the idea that everybody needs a gun.

"I hate guns," he said in an interview with USA Today Sports.

Payton spoke following the shooting death of Will Smith, a 34-year-old former Saints defensive lineman. He was killed Saturday night after an argument following a traffic accident in New Orleans.

Payton said he drove to the scene of the shooting at 5:45 a.m. Sunday because he was unable to sleep. The coach said he's not an "extreme liberal" and often will "find myself leaning to the right on some issues. But on this issue, I can't wrap my brain around it."

Payton understood that his opinion might be unpopular, but he wanted to speak out.

"I've heard people argue that everybody needs a gun," he told the newspaper. "That's madness. I know there are many kids who grow up in a hunting environment. I get that. But there are places, like England, where even the cops don't have guns."

Payton said he spent much of Sunday at the hospital with Smith's family while Smith's wife, Racquel, underwent surgery. She was shot and injured while with her husband.

Later in the day, the coach went online and researched the gun used in the shooting.

"We could go online and get 10 of them, and have them shipped to our house tomorrow," he said. "I don't believe that was the intention when they allowed for the right for citizens to bear arms."