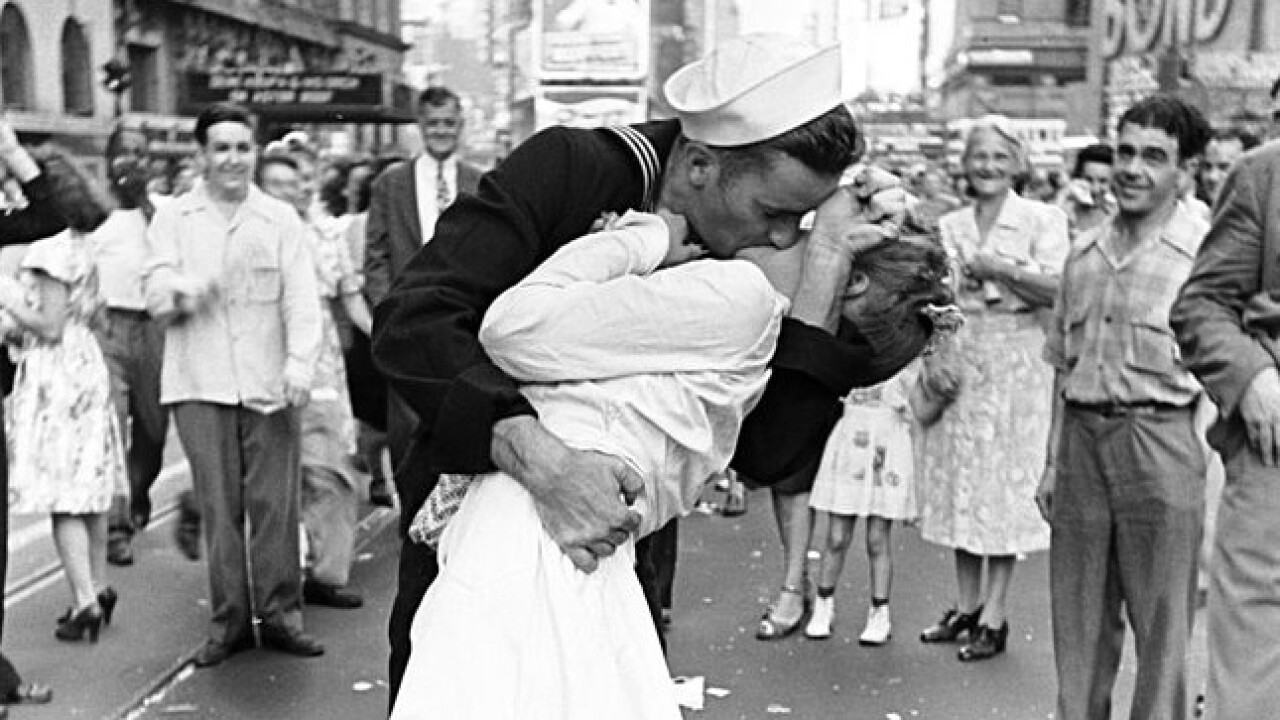 Alfred Eisenstaedt
As pedestrians watch, an American sailor passionately kisses a white-uniformed nurse in Times Square to celebrate the long awaited-victory over Japan. August 14, 1945. This is an outtake that is not the iconic image for which Eisenstaedt is widely know.

Mendonsa's daughter, Sharon Molleur, told The Providence Journal Mendonsa fell and had a seizure Sunday at the assisted living facility in Middletown, Rhode Island, where he lived with his wife of 70 years.

Mendonsa was shown kissing Greta Zimmer Friedman, a dental assistant in a nurse's uniform, on Aug. 14, 1945. Known as V-J Day, it was the day Japan surrendered to the United States.

The photo by Alfred Eisenstaedt became one of the most famous photographs of the 20th century.

It was years before Mendonsa and Friedman were confirmed to be the couple.