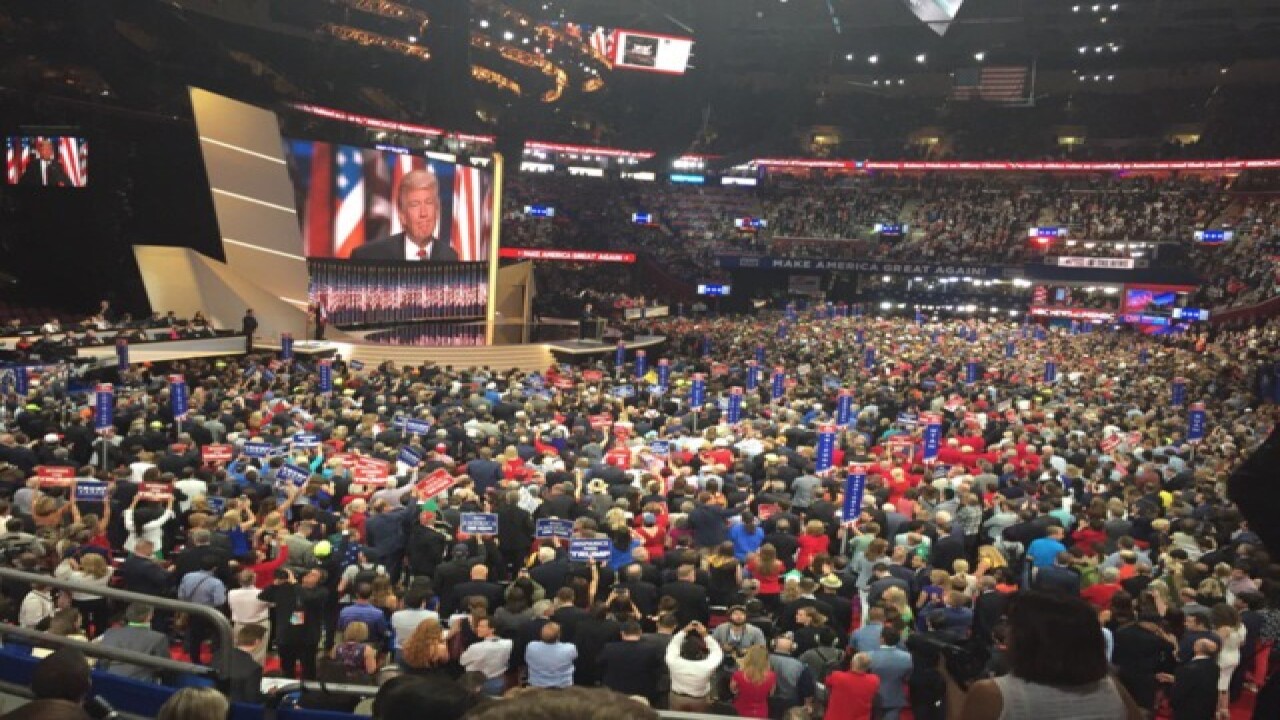 The long awaited studies into the economic impact of the 2016 Republican National Convention were released by the 2016 Host Committee showing the region saw $188.4 million of economic benefit according to Tourism Economics, the group that also prepared similar impact studies for the 2012 and 2016 DNC as well as the 2012 London Olympics.

Heading into the convention organizers, based on past conventions thought the Cleveland RNC would generate around $200 million in economic activity.

“While the different approaches and methodologies provide two different figures for the economic impact, both studies confirm what we already knew: political conventions provide platforms for long-term impact in addition to short-term financial infusions,” said David Gilbert, President and CEO of the Cleveland 2016 Host Committee in a statement.

Philadelphia which hosted the Democratic National Convention a week after the RNC released their findings in the spring which showed they saw $230.9 million in economic impact which while clearly more than Cleveland was well under the $350 million figure that had been thrown around before the convention.

Cleveland did see the 15,000 credentialed media that were expected with 48,000 visitors overall.

Since 2008 similar studies have shown direct spending related to both the DNC and RNC has ranged from $89 million to $154 million – putting Cleveland right in the middle of those figures at $110 million.

Also since 2008, total economic impact related to both the DNC and RNC has ranged from $163.6 million to $266 million – again putting Cleveland right in the middle of those figures at $188.4 million.

While the money spent here makes up the fireworks grabbing headline of the report the Cleveland Host Committee made it clear from the start that this was never about that one week, it was about positioning the city going forward and changing the narrative of Cleveland.

To that end the reports found this resulted in more than 3,000 story pick-ups highlighting various aspects of the Cleveland renaissance; 76 percent of those stories were positive or neutral in tone.

“That bottom line mirrors our goals from the day Cleveland was chosen as the host city,” Gilbert said in a statement.  “The Convention infused revenue into our economy that wouldn’t have otherwise been realized, and, possibly more importantly, it launched Cleveland on a national and international trajectory in regard to awareness and reputation.”

It introduced the new Cleveland to people who otherwise would never have come here and sent them off as ambassadors. In addition the fact Cleveland was able to pull off the RNC, other major conventions don’t need to vet the city as closely.

At the time the city was selected in July of 2014 as the host, Destination Cleveland received an average of 43 leads per month for future convention business. Since that announcement, Cleveland is being considered as a host for meetings and conventions that wouldn't have had Cleveland on their radar screen. The organization now averages nearly double its 2014 lead volume. In 2017, the monthly average is more than 75 leads.

Other findings in the reports show the jobs and labor income generated by the city’s hosting of the RNC were significant with 1,324 FTE positions created on an annualized basis through the hosting, translating to $61.1 million in income for area residents.

Hotels averaged 88 percent peak occupancy rate in the seven-county region and 99 percent in Downtown Cleveland during the five core nights of the Convention. Airbnb provided much-needed capacity with guest night bookings increasing more than 300 percent compared with the two weeks prior and following the Convention.

• The jobs and labor income generated by the city’s hosting of the RNC were significant. The 1,324 FTE positions generated (on an annualized basis) through the hosting translated to $61.1 million in income for residents.

• The CSU study affirmed our belief that events like the RNC can be used to change people’s impressions of Cleveland.

• Renting out living space to visitors in close proximity to such large events was a viable option for Clevelanders. Previous political conventions documented the lack of a market for convention city residents trying to rent out their homes or apartments.

• The study showed that apartment tenants and the associated rental property owners made more than $500,000 during convention week through a rental program coordinated by the Downtown Cleveland Alliance.