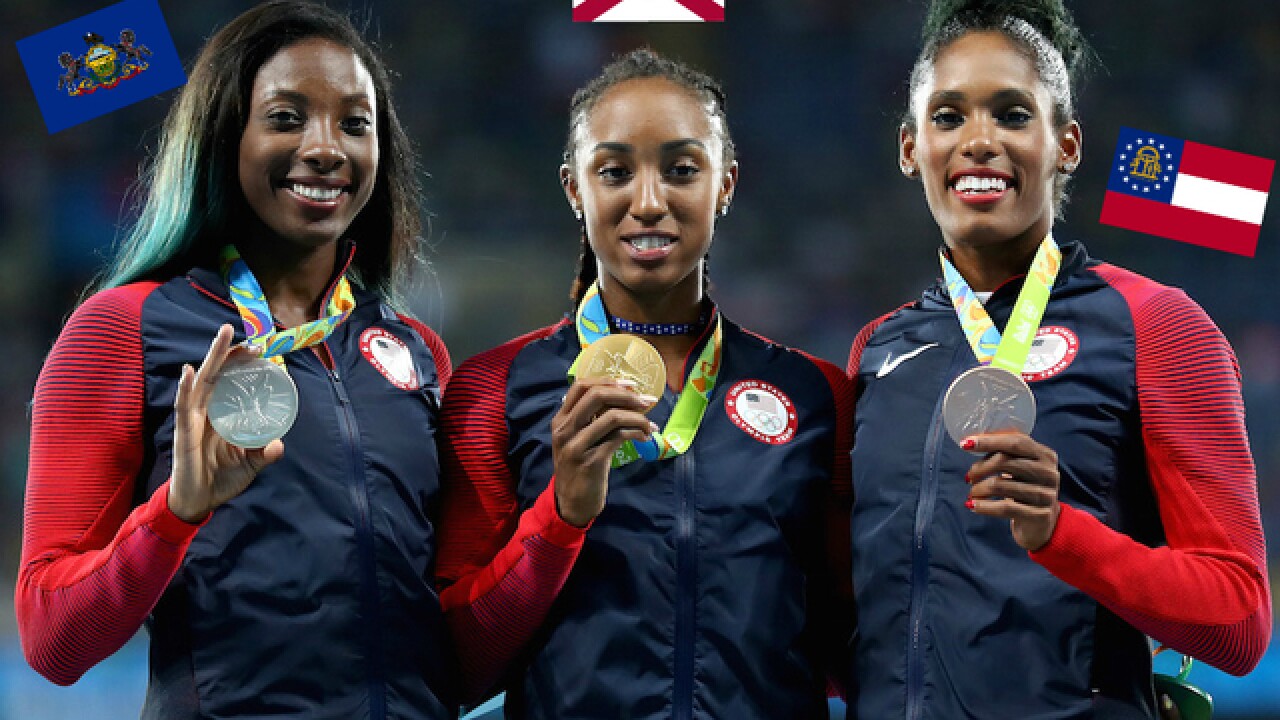 <p>From Left: Olympians Nia Ali, Brianna Rollins and Kristi Castlin pose with their medals at the Rio Summer Games on Aug. 17, 2016 in Rio de Janeiro, Brazil. In this photo illustration, the state flags of the states in which each Olympian was born. Ali was born in Pennsylvania, Rollins in Florida and Castlin in Georgia.</p>

The Olympics are a friendly battle for pride between rival nations — but for Americans they can be a battle for state pride as well.

So far in the games, American medal winners have come from 34 different states, plus Washington D.C. There are also seven different international countries in which medal-winning athletes were born who competed for the United States.

As of Thursday, California had a commanding lead among all states, with its natives earning 26 different medals in Rio. However, the majority of California's medals have been bronze (10), while Illinois natives have produced seven gold medals out of nine total medals from the state.

If California were counted as a country in the official Olympics medal count, it would rank seventh, ahead of nations like France and Italy.

In our state-by-state medal count we tallied every person competing for the United States that has won a medal, including all individual members of medal-winning teams.

Check out our medal count below. Each state's tally is based on athletes that were born there, not ones who live and train there currently.

RELATED — Interactive map: See where all of America's 2016 medal winners are from