'Ring-a-ding Fluffy, you’re my only hope': Man says cat saved his life after a bad fall 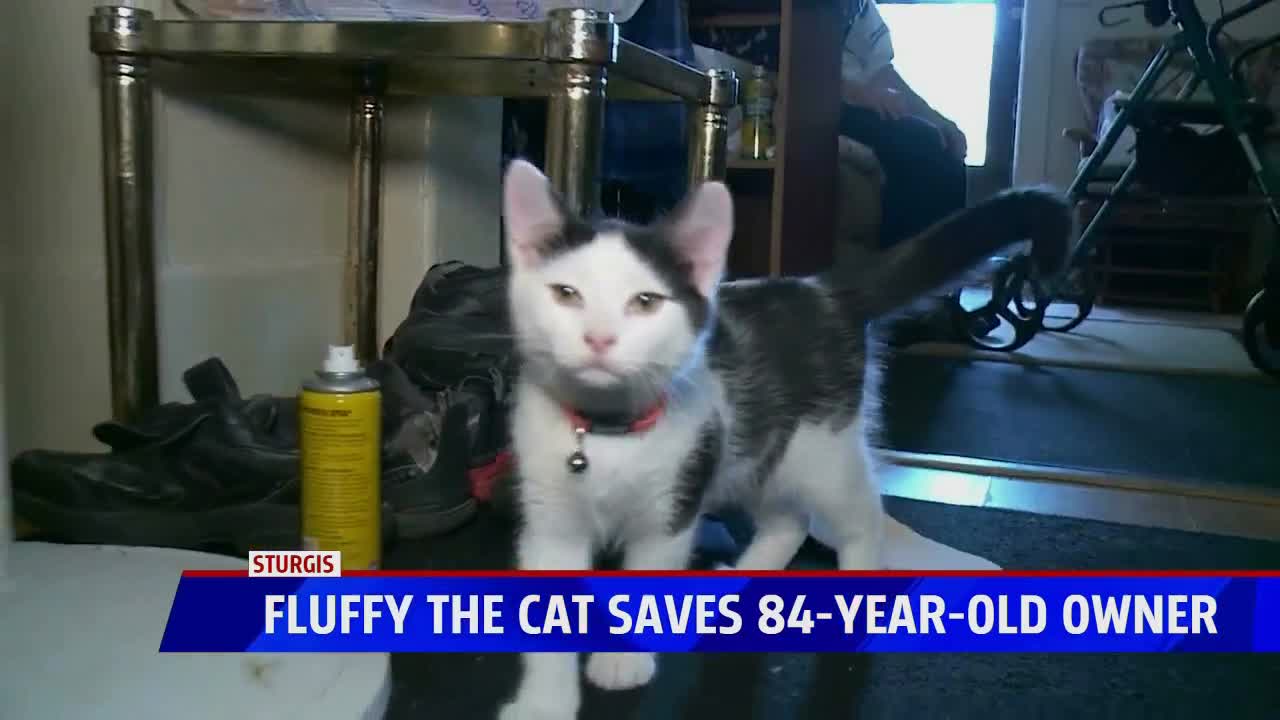 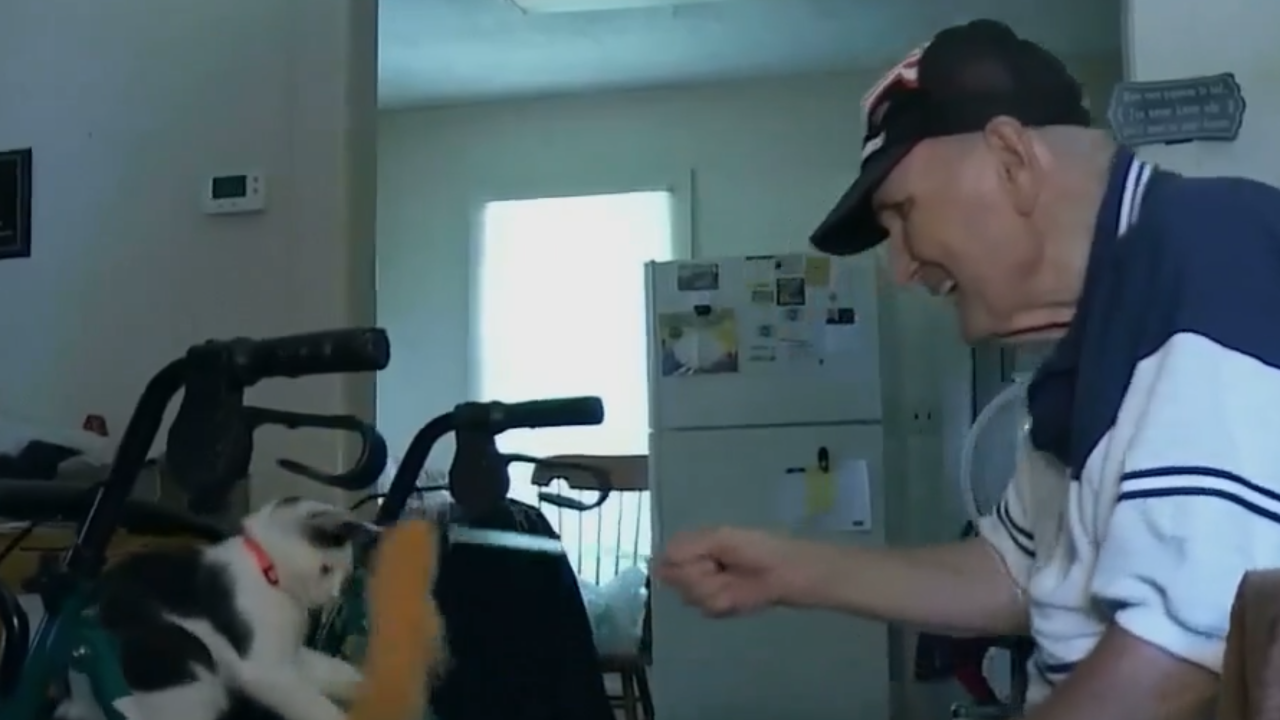 STURGIS, Mich. — If you’re not a cat person, keep reading.

Ron Williams of Sturgis turns 85 in September. Not too long ago, to keep him company, a friend brought him a boy cat named Fluffy.

Over the first few weeks they had together, Williams says he and Fluffy hit it off right away.

“I looked at him and hey, I just fell in love with him,” said Williams.

As it’s safe to say we all do with our pets, Williams talked to Fluffy quite a lot. When the senior got calls on his cellphone, he’d joke around with Fluffy then too.

Then, a few days ago, Williams slipped and fell getting out of the shower. He couldn’t move.

“My arm was pinned under me, and the hours kept going by,” said Williams. “16 hours…”

From roughly 8 a.m. until midnight later that day, Williams laid in agony. The door was closed, and his Life Alert was in the other room on the charger. His phone was in the bathroom with him, but just out of reach on the counter.

Lucky for Williams, Fluffy was in the room too. And whether or not he knew it, he’d been training Fluffy for this moment accidentally.

“So I said ‘ring-a-ding Fluffy, you’re my only hope,’” Williams said, tearing up. “And he was. It wasn’t even five minutes later I felt something hit my hand. And I’m here because of it.”

The cat had brought Williams his phone and he was able to dial 911.

“I relive it a million times. What if he wouldn’t have been in there with me? I’d be dead today,” he added.

Now Williams, who served with the U.S. Army in Korea, is fine – left only with some soreness and bumps and bruising. Compared to the alternative, he knows he’s lucky.

“He’s my hero, and he always will be,” said Williams. “He’ll never be away from me until the day I die.”

This story was originally published by Doug Reardon at WXMI.