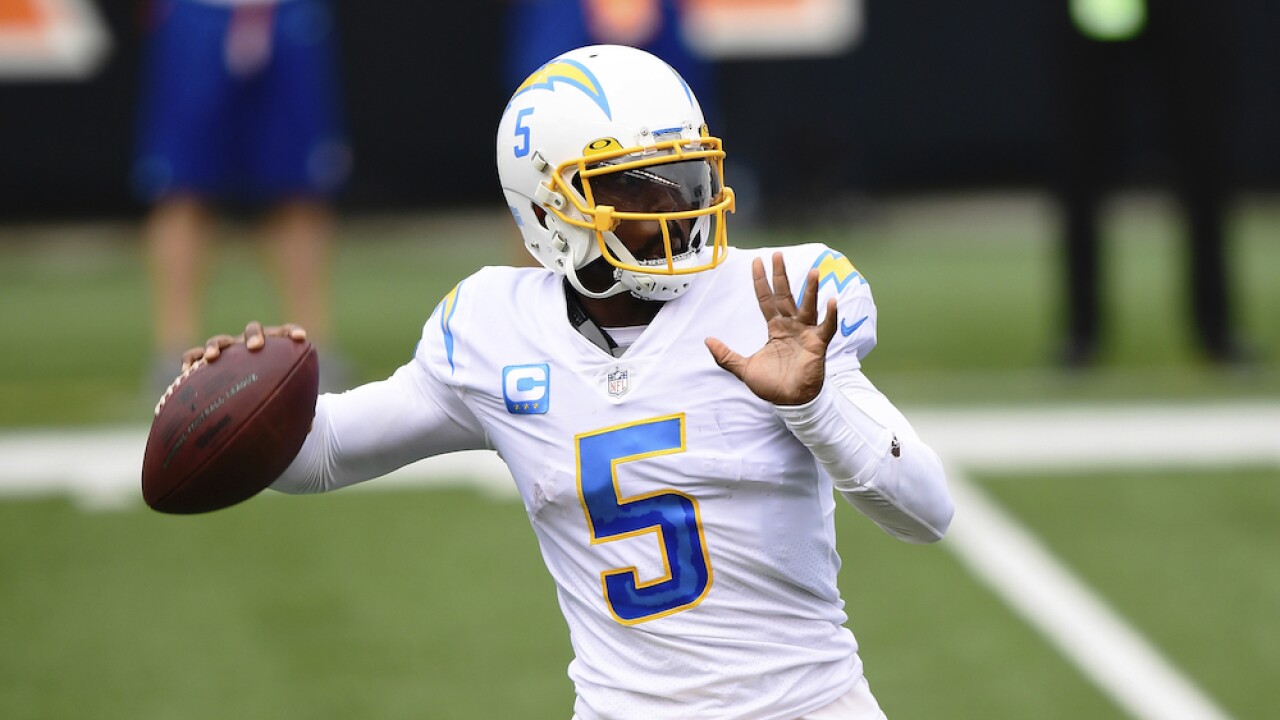 (KGTV) – Los Angeles Chargers quarterback Tyrod Taylor was unable to start Sunday’s game against the Kansas City Chiefs after his lung was reportedly punctured by accident by a team doctor during pregame treatment.

Sources told ESPN that Taylor was suffering from cracked ribs and a team doctor inadvertently punctured his lung while trying to administer a pain-killing injection.

Taylor suffered his rib injury during last week’s game against the Cincinnati Bengals.

Doctors have advised Tyrod Taylor not to play "indefinitely” due to his punctured lung. The Chargers were hoping Taylor would be able to start Sunday, but doctors are against it. https://t.co/FHm7aJXC8o

Herbert played well in his surprise start against the defending Super Bowl champions, throwing for 311 yards and a touchdown, while adding a touchdown on the ground.

The Bolts, however, lost to the Chiefs in their first home game at the new SoFi Stadium 23-20 in overtime.

This story originally reported by Jermaine Ong on 10News.com.