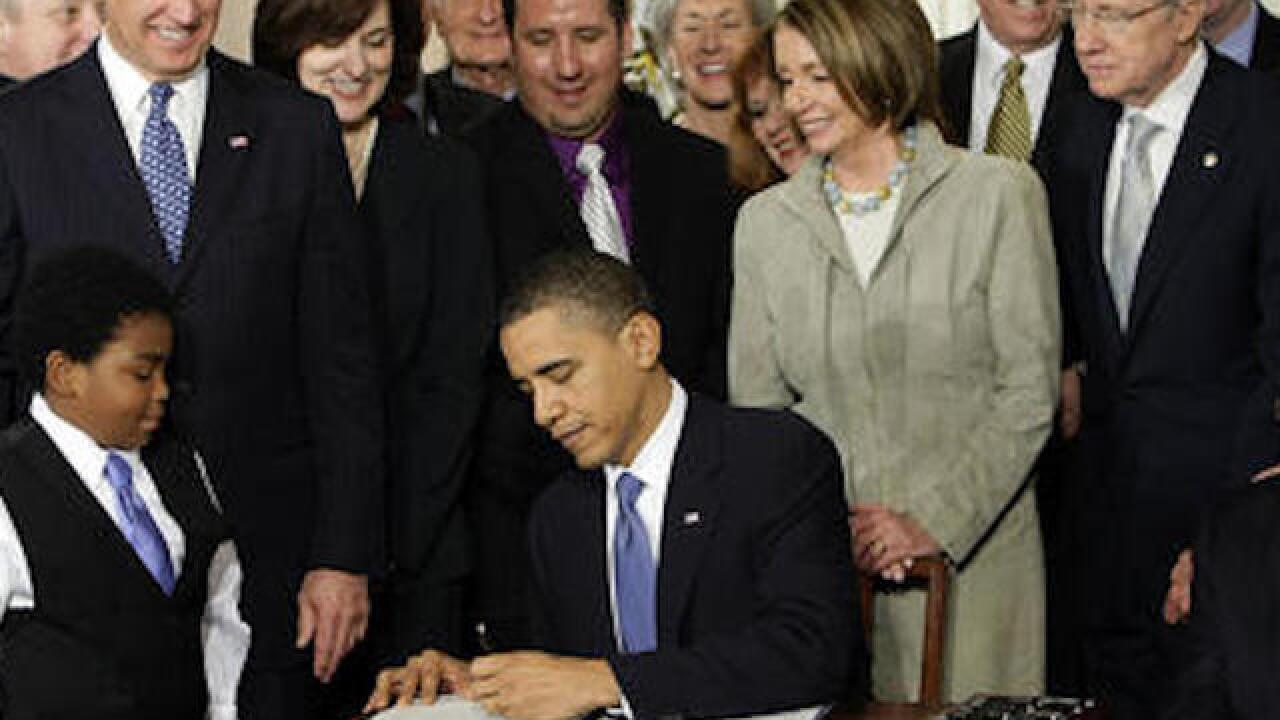 Copyright Associated Press
J. Scott Applewhite
<p>In this March 23, 2010, file photo, President Barack Obama signs the health care bill in the East Room of the White House in Washington. With the nation still divided over "Obamacare," President Barack Obama is laying out a blueprint for addressing unsolved problems with his signature health law, including a renewed call for a "public option" to let Americans buy insurance from the government. (AP Photo/J. Scott Applewhite, File)</p>

The finding by the Government Accountability Office is a setback for the White House and bolsters Republican complaints that administration officials bent the law as problems arose carrying out its complicated provisions.

The GAO says that's "inconsistent with the plain meaning of the statute."

That finding — in an arcane dispute - may complicate administration efforts to stabilize premiums.