Reactions to Trump's statement on Charlottesville 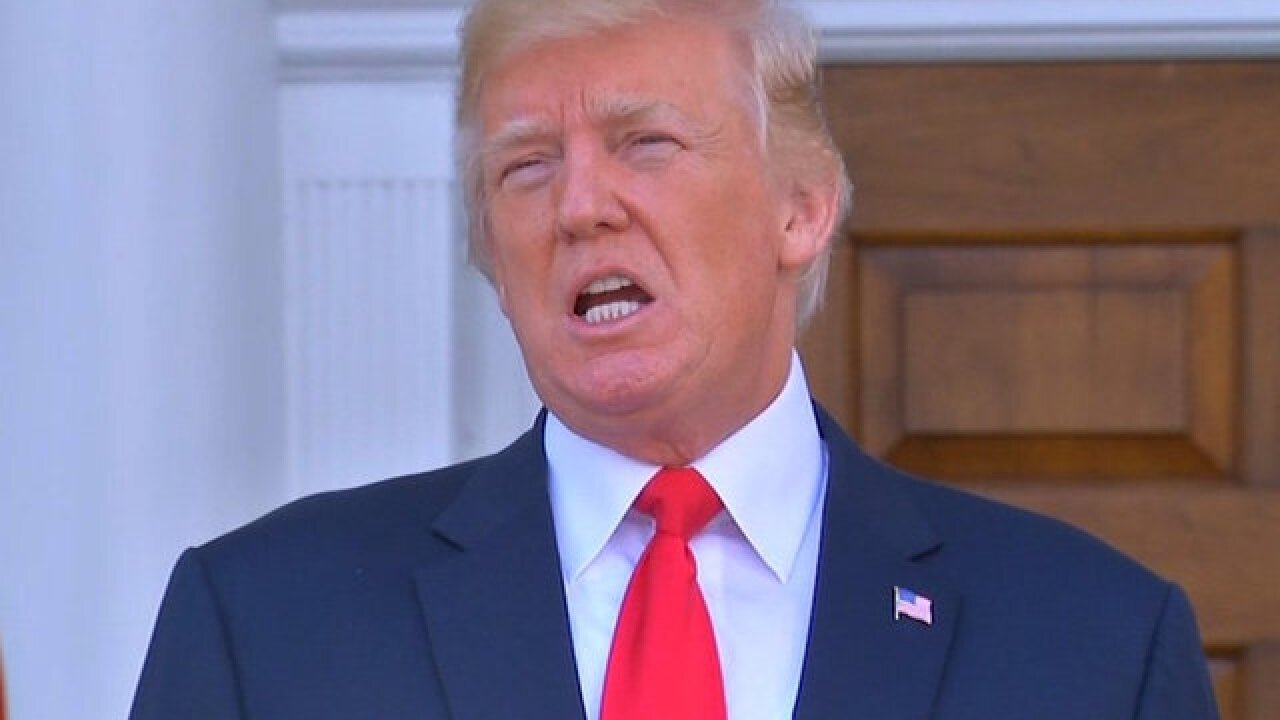 © 2017 Cable News Network, Inc.
Pool
<p>During a lengthy exchange with reporters, President Trump said that his threat to bring "fire and fury" if North Korea continued to threaten the United States may not have gone far enough.</p>

President Donald Trump blamed "many sides" for violence in Charlottesville, Virginia, in the wake of a white nationalist demonstration.

What others are saying:

— "I'm not going to make any bones about it. I place the blame for a lot of what you're seeing in American today right at the doorstep of the White House and the people around the president." — Charlottesville Mayor Michael Signer, a Democrat.

— "Mr. President - we must call evil by its name. These were white supremacists and this was domestic terrorism." — Sen. Cory Gardner, R-Colo., on Twitter.

— "Very important for the nation to hear @potus describe events in #Charlottesville for what they are, a terror attack by #whitesupremacists" — Sen. Marco Rubio, R-Fla., on Twitter.

— "@POTUS needs to speak out against the poisonous resurgence of white supremacy. There are not "many sides" here, just right and wrong." - Rep. Adam Schiff, D-Calif., on Twitter.

— "As @POTUS Trump said, "We have to come together as Americans with love for our nation... & true affection for each other." #Charlottesville" — Vice President Mike Pence on Twitter.

— "Even as we protect free speech and assembly, we must condemn hatred, violence and white supremacy." — Former President Bill Clinton on Twitter.

— "The violence, chaos, and apparent loss of life in Charlottesville is not the fault of "many sides." It is racists and white supremacists." — Virginia Attorney General Mark Herring, a Democrat.

— "We reject the racism and violence of white nationalists like the ones acting out in Charlottesville. Everyone in leadership must speak out." — New Jersey Gov. Chris Christie, a Republican and Trump supporter.

— "We should call evil by its name. My brother didn't give his life fighting Hitler for Nazi ideas to go unchallenged here at home. -OGH" — Sen. Orrin Hatch, R-Utah, on Twitter.

— "Trump comments were good. He didn't attack us. He just said the nation should come together. Nothing specific against us. ... No condemnation at all. When asked to condemn, he just walked out of the room. Really, really good. God bless him." — Daily Stormer, a white supremacist website promoting the Charlottesville demonstration on its Summer of Hate edition.