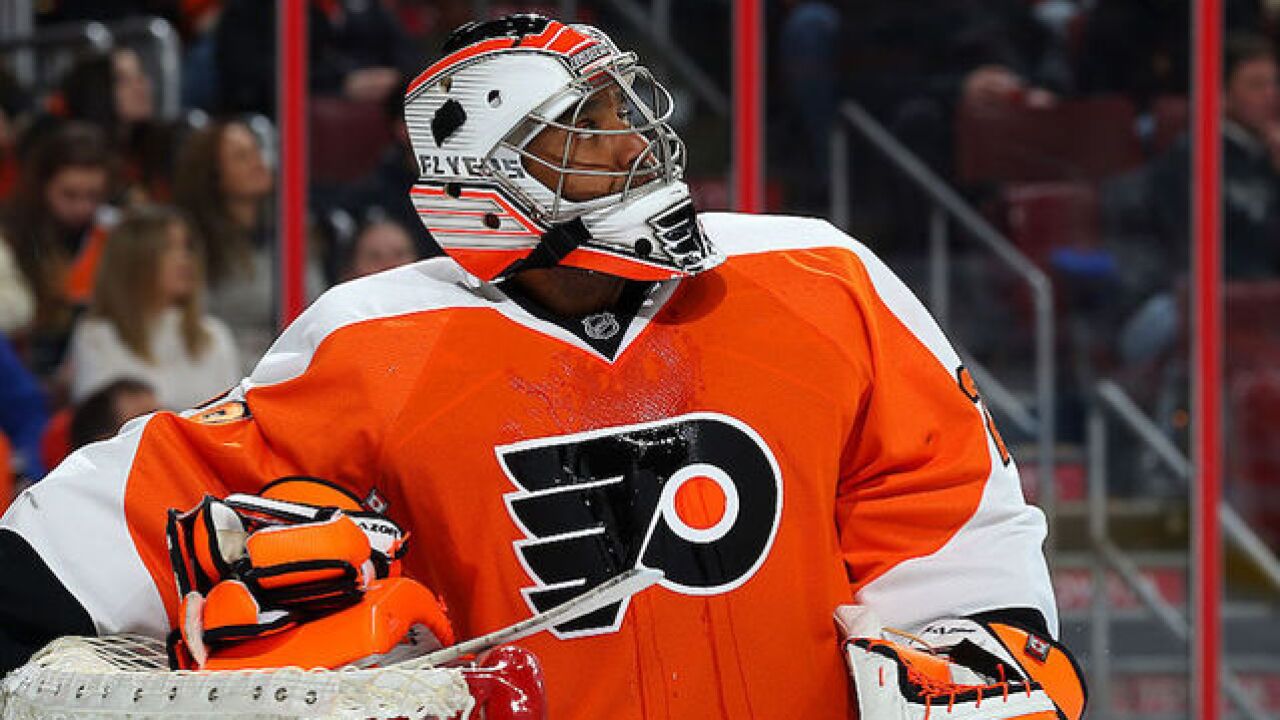 Image copyright 2018 Getty Images. All rights reserved. This material may not be published, broadcast, rewritten, or redistributed.
Patrick Smith
<p>Goalie Ray Emery #29 of the Philadelphia Flyers looks on after giving up a goal in the first period against the Arizona Coyotes at Wells Fargo Center on January 27, 2015 in Philadelphia, Pennsylvania. </p>

Former NHL goaltender Ray Emery was found dead Sunday in the harbor in Hamilton, Ontario, hours after he disappeared while swimming, police said.

Hamilton police tweeted that they recovered his body about 2:50 p.m. He was last seen in Lake Ontario's Hamilton Harbor about 6 a.m., when police responded to reports of a possible drowning.

"Cause of death will be confirmed pending a post-mortem," said Jackie Penman of Hamilton police in a statement.

"Ray was a great teammate and an even better friend," said Claude Giroux in a tweet. "Rest in peace Razor. I'll miss you man."

Debuting in 2002-03, Emery played 11 NHL seasons with the Ottawa Senators, Philadelphia Flyers, Anaheim Ducks and Chicago Blackhawks, NHL.com reported. He was part of the Stanley Cup-winning Blackhawks in 2013.

"Ray was instrumental in our run to the 2007 Stanley Cup Final, and at his best he brought a competitive edge and combative mentality to the game," Ottawa Senators owner Eugene Melnyk said. "On behalf of our entire organization, I wish to extend my deepest sympathies to Ray's family, friends and loved ones."