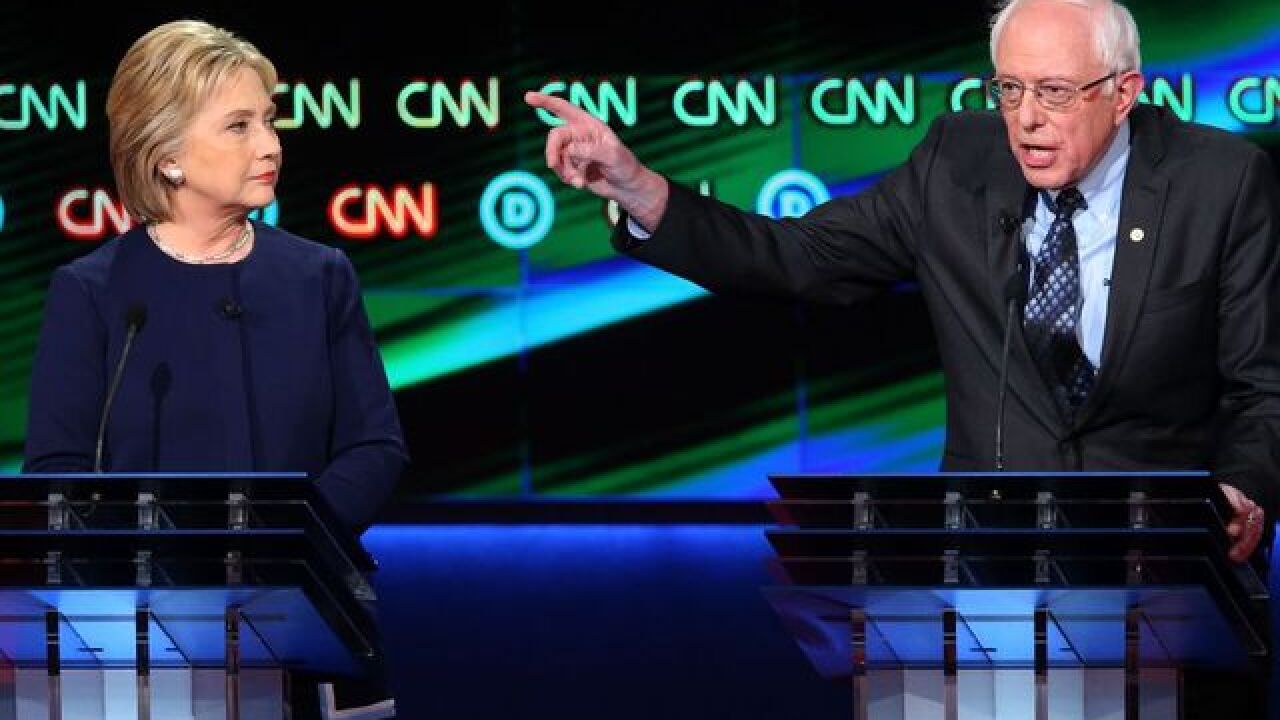 WILLIAMSVILLE, N.Y. (AP) — Democratic candidates tried to shift attention back to Republicans Friday, but their spat over qualifications continued, with Hillary Clinton calling a hit from Bernie Sanders a "misrepresentation."

Speaking to reporters in Williamsville, New York, Clinton said there was "no basis" for the remarks and "I don't know why he made them in the first place."

Asked if she thought Sanders was qualified, Clinton said: "Yes. As I said, I would take him over Donald Trump or Ted Cruz any day."

The conflict between the two flared this week ahead of the April 19 New York primary. Sanders has backed away from his suggestion that Hillary Clinton isn't qualified to be president. In a Friday interview with The Associated Press, he said he has kept his promise of focusing his fire on policy and was simply responding to Clinton's own attacks.

"They're going after us very big time and in a very negative way," Sanders said. "And I wanted to make very clear that we will not be a doormat, we will not be attacked without responding. And my point was to focus on the issues where I thought she was lacking."

Clinton told reporters Friday that she hoped the increasingly combative tone of the Democratic primary would not make it hard to later unify the party around one candidate, noting that she supported President Barack Obama after losing to him in 2008.

Both Clinton and Sanders called for renewed focus on issues Friday.

During a televised interview, Clinton said Republicans are living in a world of "fantasy and hope" if they think she'll be indicted over her use of a private email server while serving as secretary of state.

Legal experts agree charges are unlikely. But Matt Lauer of NBC's "Today" said in Friday's interview that Republicans tell him they hope Clinton will be taken out of the election equation in coming months because of criminal charges.

Clinton laughed at the suggestion, saying it shows how desperate the GOP has become and that their "fondest wishes" won't come true.