Putin to Kremlin journalists: US is watching you 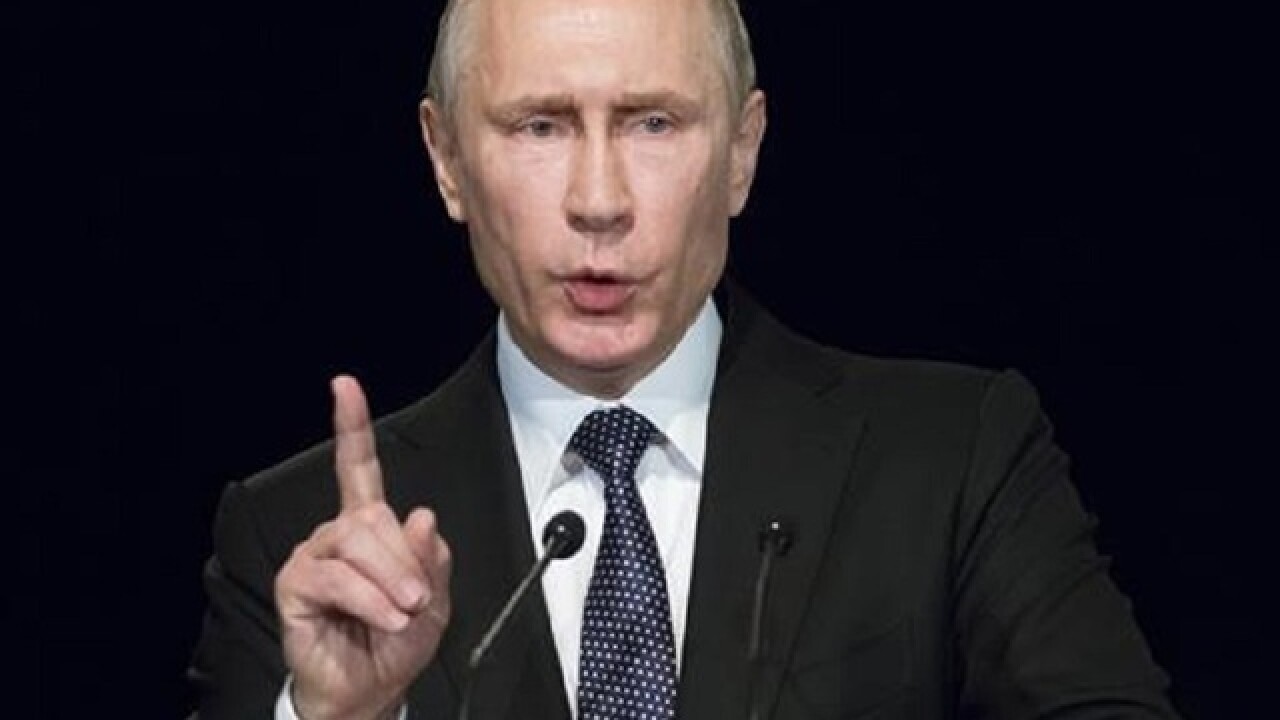 MOSCOW (AP) — Russian President Vladimir Putin has told journalists in the Russian press corps that they are possibly being watched by American intelligence agencies.

Putin made the comments Sunday in Benaulim, India, where he was attending the summit of the BRICS group of emerging economies.

Putin told journalists covering his visit that "the United States listens to everything and looks at everything. All of you are objects of exploitation for the special services."

Putin said that "you are in the presidential pool and you may hear something or see it, talk with somebody, you freely chat on the telephone on open connections," according to the RIA Novosti news agency.

Putin's warning comes as tensions with Washington over Syria and other issues have escalated.