Pumpkin in California weighs in at 2,175 pounds 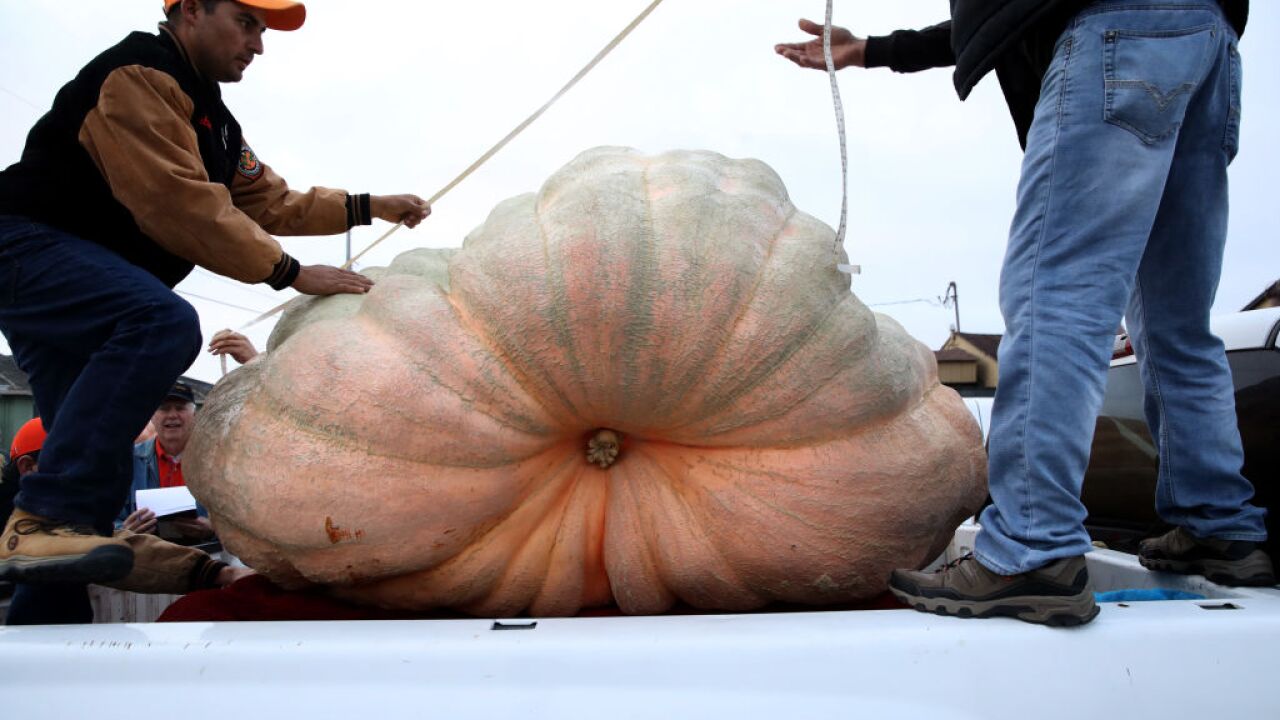 A grower in California has set the state record in the state by growing a pumpkin that weighs 2,175 pounds, according to officials from the Safeway World Championship Pumpkin Weigh Off.

The grower was Leonardo Urena of Napa. Urena cashed in a $15,225 prize, and his pumpkin will be featured at this weekend's Half Moon Bay Art & Pumpkin Festival.

The pumpkin nearly topped a gourd grown in New England, which weighed in at 2,294 pounds last week.