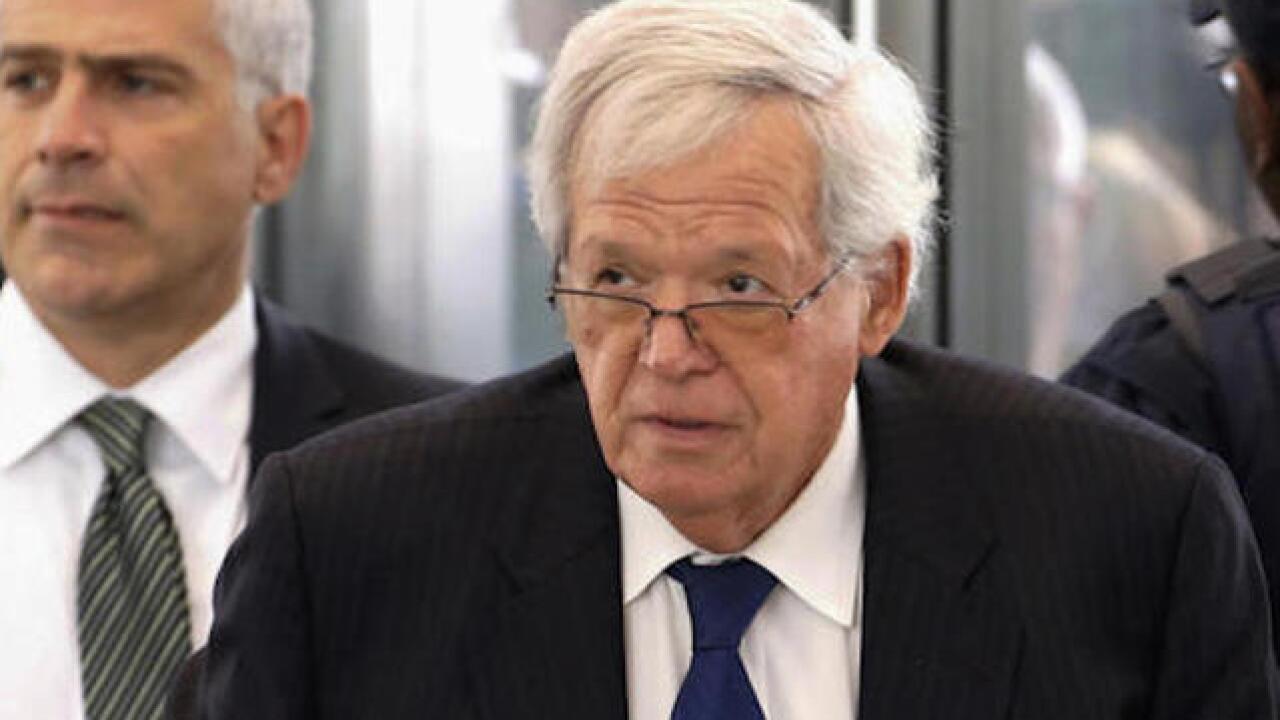 Copyright Associated Press
Charles Rex Arbogast
<p>FILE - In this June 9, 2015 file photo, former U.S. House Speaker Dennis Hastert arrives at the federal courthouse in Chicago for his arraignment on federal charges in his hush-money case in Chicago. The Chicago Tribune is citing unidentified law enforcement sources as saying at least four people have made "credible allegations of sexual abuse" against Hastert. In a Thursday April 7, 2016 story, the newspaper says it has determined the identities of three accusers, all men whose allegations stem from when they were teenagers and Hastert was their coach in Yorkville, Ill. </p>

CHICAGO (AP) — Dennis Hastert agreed to pay $3.5 million to a person the former House speaker sexually abused when the victim was 14 years old and Hastert worked as a high-school teacher and wrestling coach outside Chicago, prosecutors said in a court filing Friday.

The court filing is the first time prosecutors have confirmed Hastert paid hush-money to conceal sex abuse of a 14-year-old — a person who has been identified in court documents as Individual A. Prosecutors are seeking up to six months in prison for Hastert.

According to the document, Individual A told prosecutors the abuse occurred in a hotel room on the way home from a trip to wrestling camp. Between 10 and 14 boys were on the trip. Hastert, the only adult on the trip, told the 14-year-old that he would stay in his room while the other boys stayed in a different room. Individual A said Hastert touched him inappropriately after suggesting he would massage a groin injury the boy had complained about earlier.

The 74-year-old Republican managed to keep any hint of sexual misconduct quiet throughout a political career that carried him from the Illinois Legislature to the halls of Congress and eventually to the speaker's office, where he was second in the line of succession to the presidency.

Hastert pleaded guilty in October to breaking banking laws as he sought to pay $3.7 million to someone referred to as Individual A to ensure the person kept quiet about Hastert's past misconduct.

He is scheduled to be sentenced April 27.

A defense filing Wednesday asked the presiding judge to give Hastert probation and spare him prison time. It cited Hastert's deteriorating health, as well as the public shame he's already suffered.

The case has been shrouded in secrecy since the May 2015 indictment. Prosecutors only confirmed at a March hearing that sex-abuse claims were at its core. But there was no prior word of the hearing, so the court was mostly empty. Transcripts later revealed what transpired.

The Associated Press and other media outlets, citing unnamed sources, reported last year that Hastert wanted to hide claims he sexually molested someone. But Friday's filing is the first time prosecutors offered extensive details about misconduct by Hastert.

Court records say Hastert managed to pay $1.7 million to Individual A — handing it over in lump sums of $100,000 cash — starting in 2010. The payments abruptly stopped late in 2014 after FBI agents questioned Hastert about his massive cash withdrawals.

Hastert worked at Yorkville High School in the small-town suburb of Yorkville from 1965 to 1981, when he left for the state legislature. He entered Congress in 1987. His reputation for congeniality helped him ascend to become the longest-serving Republican speaker. He retired in 2007 after running the chamber for eight years.

Wednesday's defense filing said Hastert is devastating by his public disgrace and was especially hurt by the removal of his portrait from the U.S. Capitol. It added he was apologetic and "overwhelmed" by guilt. But it notably offers no detail on what he feels guilty.

Days after pleading guilty on Oct. 28, Hastert entered the hospital and nearly died from a blood infection, his lawyers have said. They've also said he had a stroke and required in-home care to help him dress and complete other basic tasks.