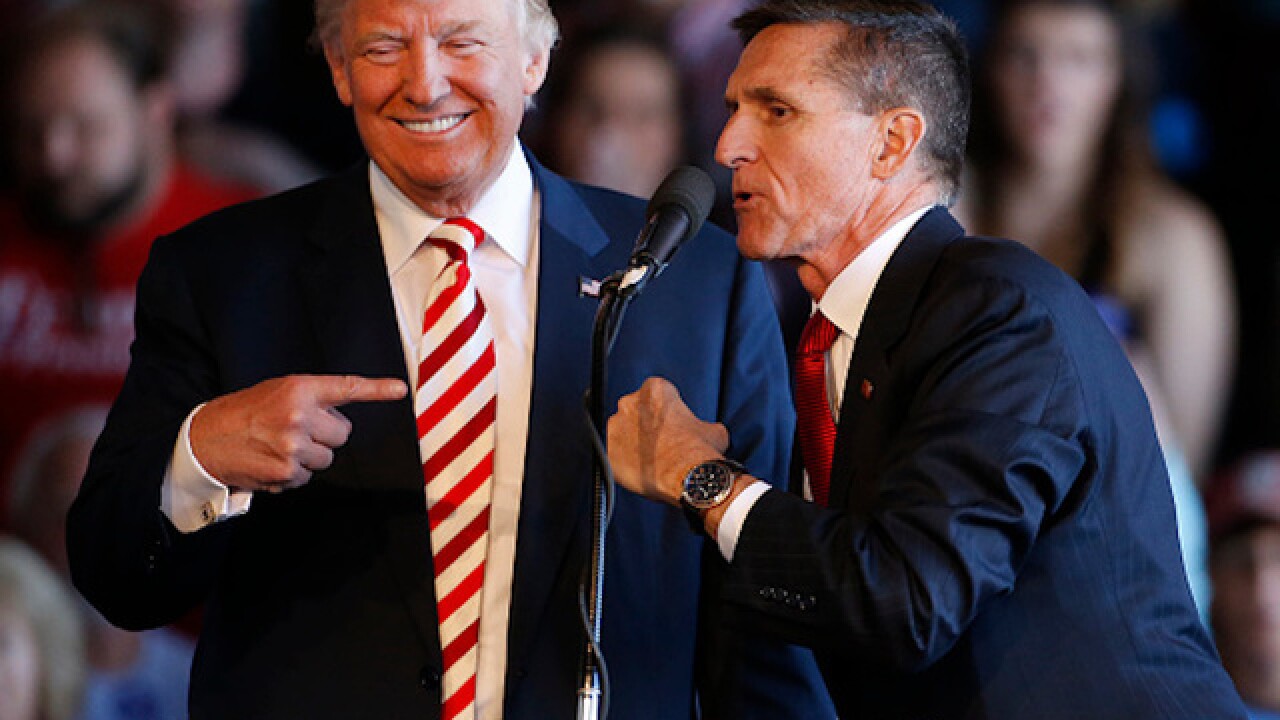 Obama warned Trump about Flynn during their Oval Office meeting on November 10, days after Trump was elected president.

Obama's concerns, which he relayed to Trump, were not related to the firing of Flynn from the Defense Intelligence Agency but rather in the course of the investigation into Russian interference into the 2016 election.

"Flynn's name kept popping up," according to a senior Obama administration source.

Trump did not heed Obama's counsel on Flynn, bringing aboard the former military intelligence officer who supported Trump during his campaign as his national security adviser. Trump fired Flynn 24 days later when news broke of Flynn's conversations with Russian Ambassador to the US Sergey Kislyak.

News of the warning comes as former acting Attorney General Sally Yates is set to testify before Congress on Monday about the concerns she expressed to Trump administration officials about Flynn's contacts with Russian officials, namely with Kislyak.

NBC News was the first to report the warning.

Yates, in her role as acting attorney general, warned White House counsel Don McGahn on January 26 that Flynn was lying when he denied -- both publicly and privately -- that he discussed US sanctions on Russia with Kislyak. It wasn't until weeks later that Trump asked for Flynn's resignation, only after news surfaced that Flynn had misled Vice President Mike Pence about his conversations with Kislyak.

Yates' testimony on Monday will be the first time she speaks publicly about her warnings to the White House about Flynn.

The Senate and House intelligence committees are continuing to investigate Russian interference in the 2016 election, including potential coordination between Russian officials and the Trump campaign or people close to the campaign.

Congressional investigators have so far homed in on Flynn, Carter Page, a former foreign policy adviser to the Trump campaign, and Roger Stone, who informally advised Trump during his presidential run.

While Trump asked for Flynn's resignation, he has not abandoned his former national security adviser altogether.

Trump on Monday morning sought to get ahead of Yates' testimony, taking to Twitter to deflect criticism that he or his administration should have kept Flynn out of the top national security post from the outset.

"General Flynn was given the highest security clearance by the Obama administration -- but the Fake News seldom likes talking about that," Trump said in his first missive.

"Ask Sally Yates, under oath, if she knows how classified information got into the newspapers soon after she explained it to W.H. Counsel," he tweeted.