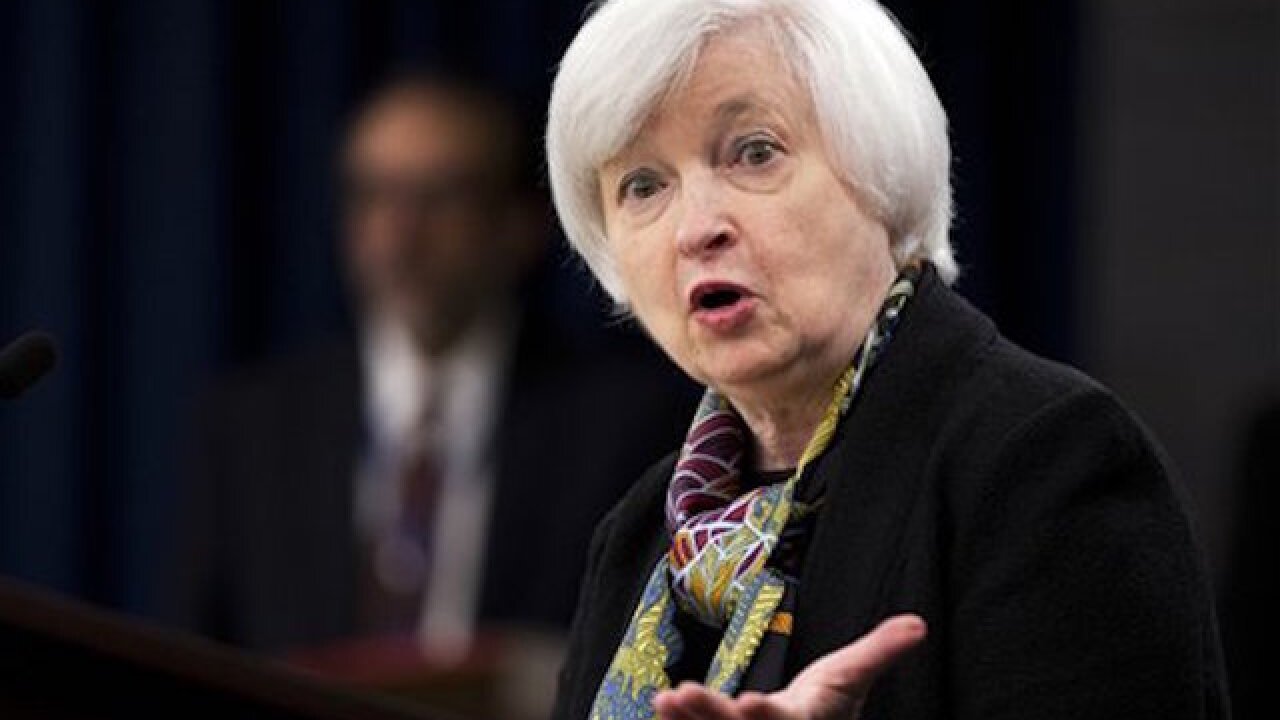 Manuel Balce Ceneta
<p>Federal Reserve Chair Janet Yellen speaks during a news conference after the Federal Open Market Committee meeting in Washington, Wednesday, March 16, 2016. The Federal Reserve is keeping a key interest rate unchanged in light of global pressures that risk slowing the U.S. economy. As a result, Fed officials are forecasting that they will raise rates more gradually this year than they had envisioned in December. The officials now foresee two, rather than four, modest increases in the Fed's benchmark short-term rate during 2016. (AP Photo/Manuel Balce Ceneta)</p>

WASHINGTON (AP) — With the U.S. economy improving, President Barack Obama and Federal Reserve Chair Janet Yellen discussed the outlook for near and long-term economic growth during a Monday afternoon meeting in the Oval Office, the White House said.

Obama and Yellen also talked about the state of the labor market, inequality and potential risks to the economy, both in the U.S. and globally. They also reviewed steps taken during the Obama administration to strengthen the financial system and protect consumers, the White House said of the private meeting.

White House spokesman Josh Earnest said both Obama and Yellen are focused on ways to expand economic opportunities for the U.S. middle class. Earnest called the meeting an opportunity for the two to "trade notes" while emphasizing that Yellen makes decisions about monetary policy independently.

Yellen has recently noted that the U.S. job market and housing recovery have lifted the economy close to full health despite the risks that remain, including a global economic slump.

The president occasionally meets with the Fed chair to discuss the state of the economy. The last such meeting was in November 2014.

"The president has been pleased with the way that she has fulfilled what is a critically important job," Earnest said. He added that Obama has "the upmost respect for the independent nature of her role."

Yellen has also met with Obama on two occasions to discuss the progress being made in implementing the sweeping overhaul of banking regulations that Congress passed following the 2008 financial crisis. Those meetings, which included other federal bank regulators, occurred on March 7 of this year and on Oct. 6, 2014.