Pope Francis: Trump's decision to end DACA is not 'pro-life' 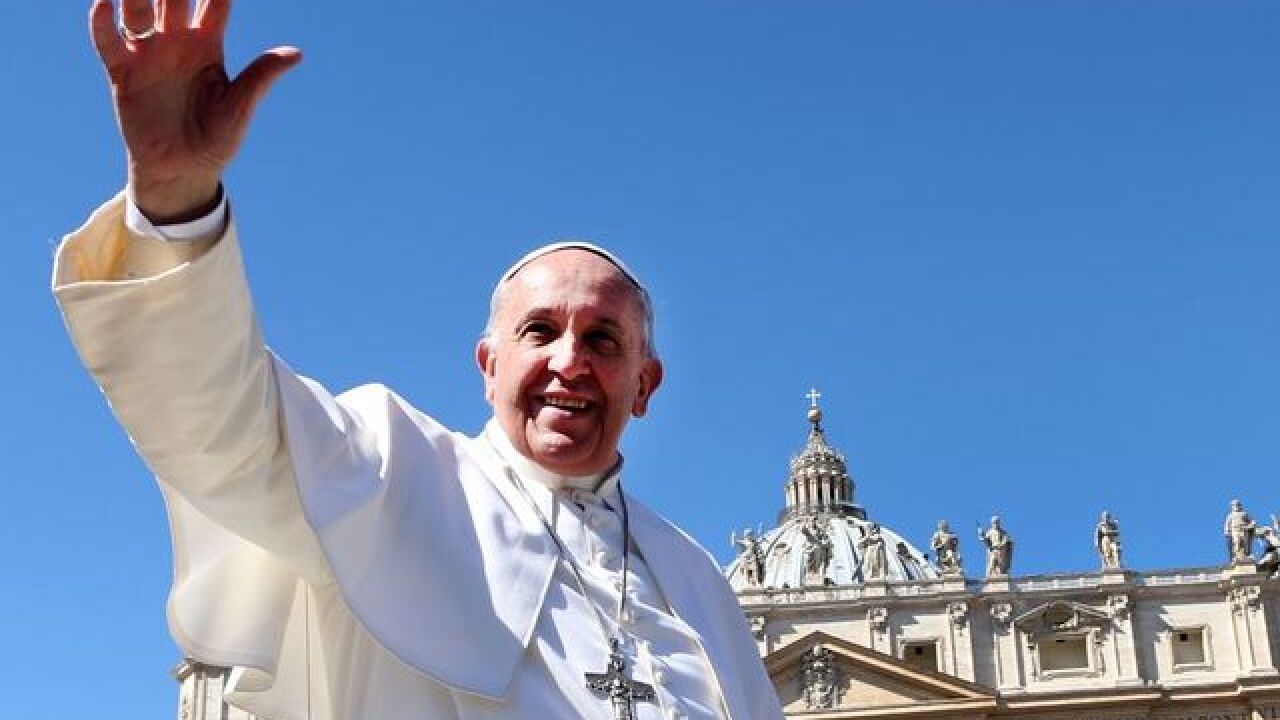 If US President Donald Trump considers himself "pro-life," he should reconsider his decision to end a program that allows the children of undocumented immigrants to remain in the United States, Pope Francis said.

"The President of the United States presents himself as pro-life and if he is a good pro-lifer, he understands that family is the cradle of life and its unity must be protected," Francis said.

The Pope's comments came during a news conference aboard the papal plane, as he returned to the Vatican after a five-day trip to Colombia. In the wide-ranging Q&A with reporters, the Pope also said history will harshly judge deniers of climate change.

The Pope acknowledged that he was not familiar with the specifics of DACA. "I think this law comes not from parliament but from the executive," the Pope said. "If that is so, I am hopeful that it will be re-thought."

Trump and the Pope have tussled over immigration before , with the Pope saying last year that anyone who thinks only of building walls instead of bridges is "not Christian."

Trump fired back, saying that no religious leader should question another man's faith.

The US Catholic bishops have also battled a former Trump administration official on DACA in recent days.

Steve Bannon, who until recently was Trump's chief strategist, accused the bishops of having an ulterior motive in advocating for families affected by the decision to revoke DACA. They have called the decision "heartless" and "reprehensible."

Bannon said the bishops "need illegal aliens to fill the churches," a charge the bishops called "preposterous" and "insulting."

As the papal plane prepared to cross over Hurricane Irma's path on its way back to Rome from Cartagena, Francis issued a stern warning to climate change deniers.

"If we don't go back, we will go down," the Pope said, referring to a study which suggested the world must reverse course within the next few years or suffer dire consequences.

Francis said he was particularly struck by news last week of a Russian boat that managed to go through the North Pole without an icebreaker.

"Whoever denies it has to go to the scientists and ask them," he said. "They speak very clearly, scientists are precise."

"Then they decide and history will judge those decisions."

When asked why some governments refused to see the importance of the issue, Francis quoted the book of Psalms in the Old Testament.

"Man is a stupid and hard-headed being," he said.

Francis said he did not fully understand the crisis in North Korea. "I'll tell you the truth, I don't really understand the world of geopolitics," he said. "I think what I see there is a fight for political interests."

Francis' message throughout his five-day visit to Colombia had been one of forgiveness and reconciliation. It is a hard message for many Colombians, who still have the trauma of kidnappings and killings fresh in their minds, but one which seems to have already had an important effect.

The leader of the guerrilla group FARC, Rodrigo Londono, asked forgiveness on Friday for the suffering his group caused to the Colombian people, in an open letter to Pope Francis.

"Your repeated expressions about God's infinite mercy move me to plead your forgiveness for any tears and pain that we have caused the people of Colombia," Londono wrote.