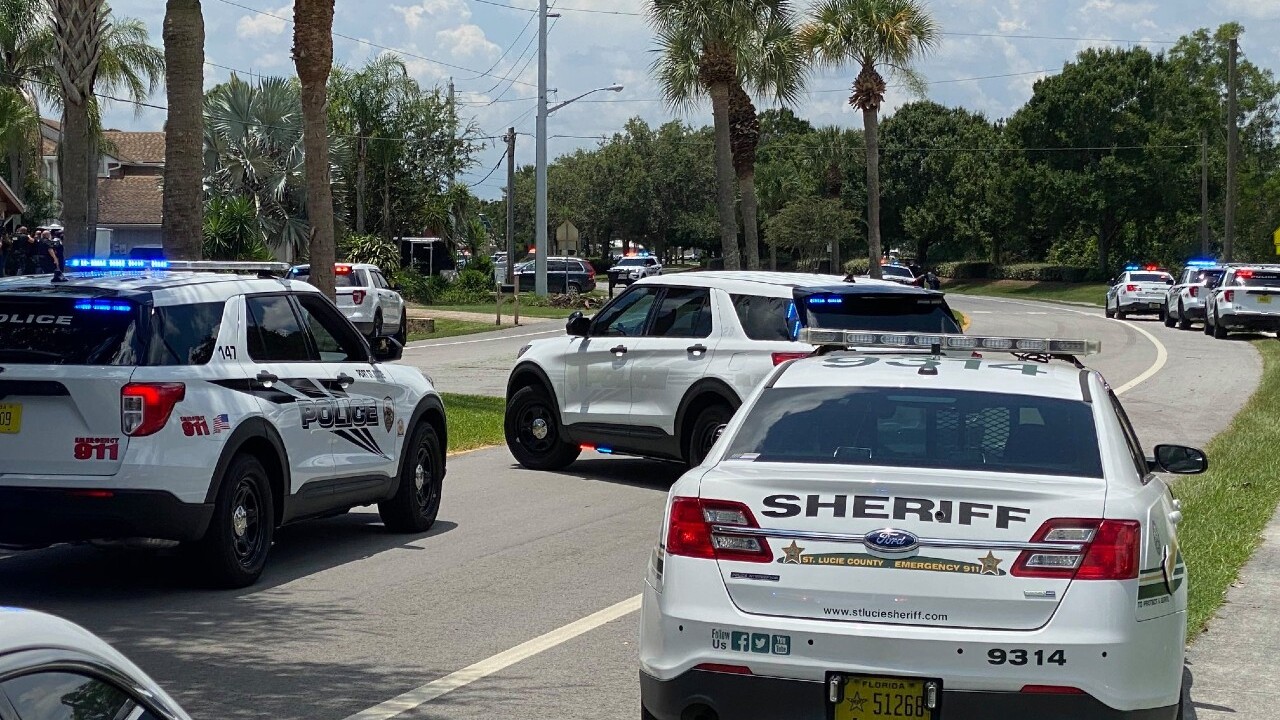 At least three people have died, including an alleged gunman, after gunfire erupted at a home in Port St. Lucie in southeastern Florida.

Officers on scene said a chilling 911 call came in Monday afternoon, a girl said someone was inside her house shooting people.

At about 1:15 p.m. ET Monday, the city’s police department advised the public to stay away from the scene on Morningside Blvd. near Morningside Elementary School.

Around 3:30 p.m. ET, officers reported a man and 13-year-old girl found at the home had died. Two others found at the scene were taken to a nearby hospital. An officer was injured, and is expected to be OK.

A SWAT Team then made entry into the home and found the suspected shooter dead in an upstairs bedroom.

Police say it was a dispute about the alleged gunman's dog that started the incident.

This story is breaking and will be updated.