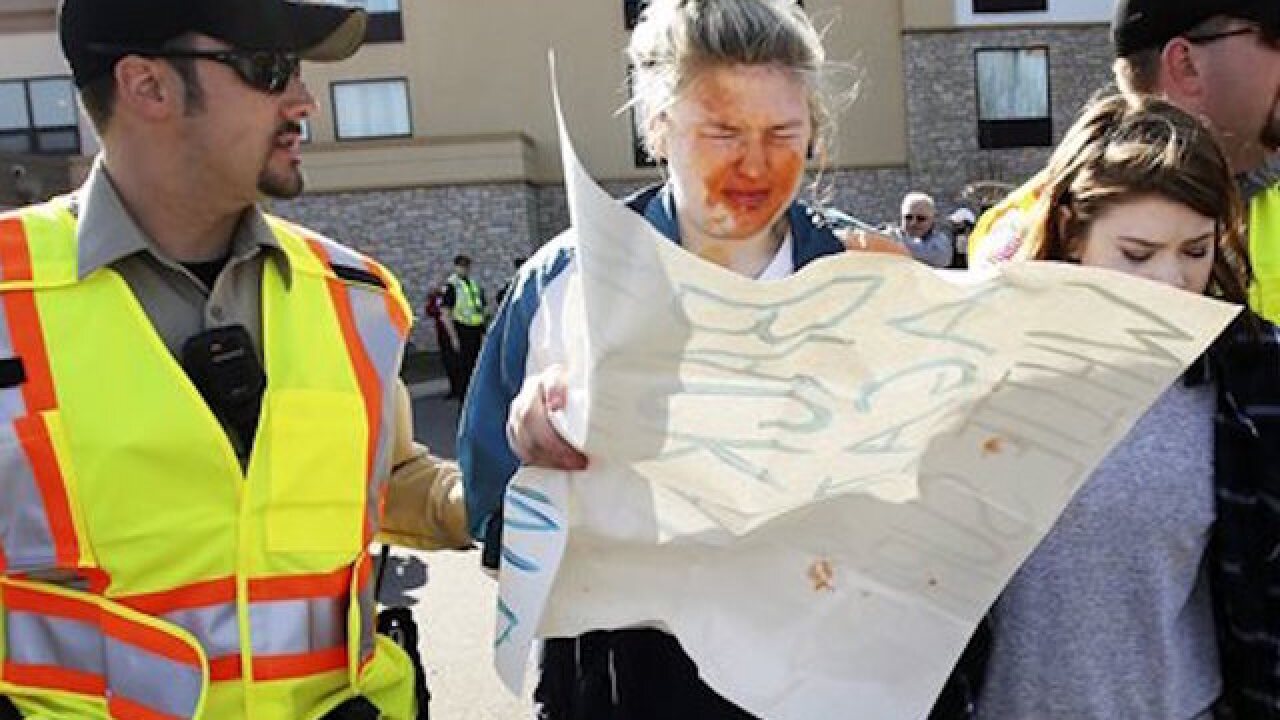 Wisconsin State Journal via AP
Amber Arnold
<p>In this Tuesday, March 29, 2016 photo, a girl who was protesting Republican presidential candidate Donald Trump at rally in Janesville, Wis., is escorted by police after being pepper sprayed by a man in a crowd during a confrontation outside the hotel where Trump was speaking. Her face was stained by the spray. (Amber Arnold/Wisconsin State Journal via AP) </p>

JANESVILLE, Wis. (AP) — Police say they're still looking for the man suspected of pepper spraying a 15-year-old girl during an altercation at a rally for Republican presidential candidate Donald Trump in Wisconsin.

Lawver says investigators have talked to the man accused of groping the girl who was pepper-sprayed at the crowded rally outside a Janesville hotel and convention center Tuesday.

He says the investigation continues and police aren't ready to give the case to prosecutors.

A 19-year-old woman standing near the girl at the rally was also treated for pepper spray, though she wasn't directly hit.

This story has been updated to show police now say they're still looking for the man suspected of pepper spraying the girl.