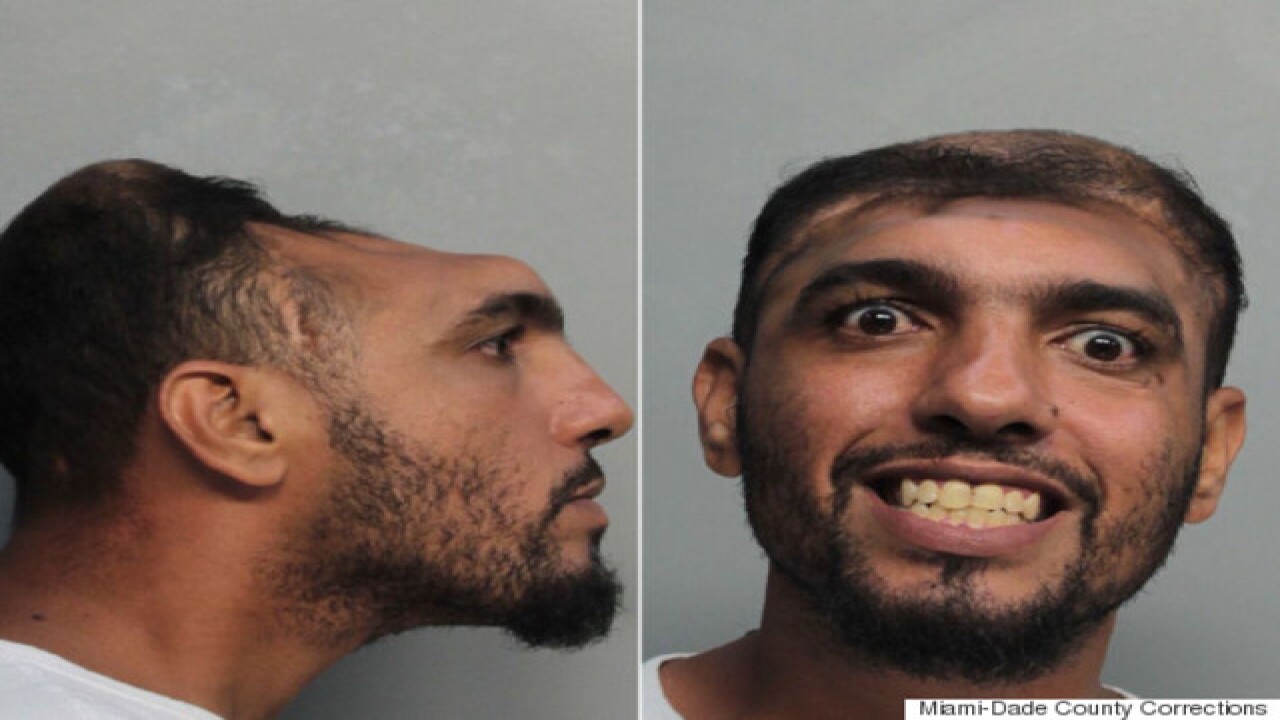 Miami police officers wrote in an incident report that Carlos Rodriguez was sitting in his backyard on Monday when they arrived to investigate a fire inside a duplex attached to a house on the property.

Investigators say Rodriguez told them he set a mattress on fire, adding he wanted to burn the house down so he could build a new, "two-story house."

Police say two people were inside the duplex when the fire was set.

Rodriguez is being held on $20,000 bond. Records don't indicate whether he has a lawyer.

In a 2012 YouTube interview, a man who identifies himself as Rodriquez says he lost a large portion of his skull in a car crash.

Copyright 2015 The Associated Press. All rights reserved. This material may not be published, broadcast, rewritten or redistributed.