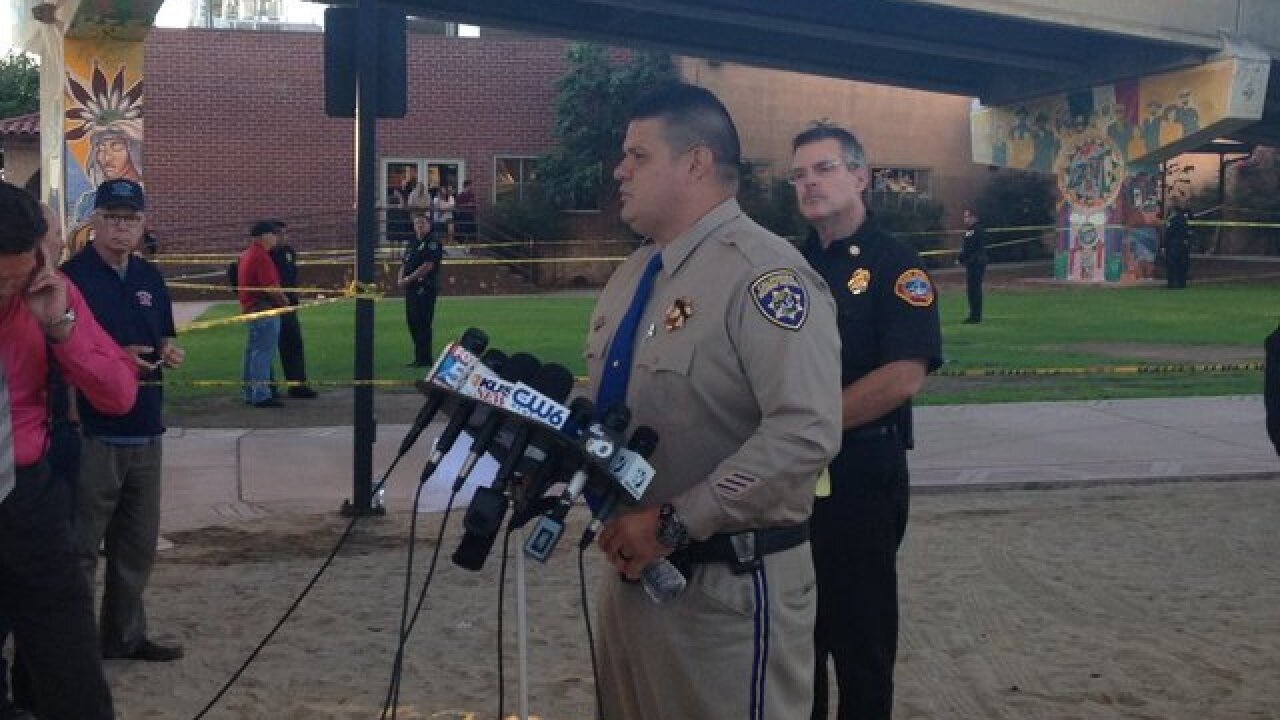 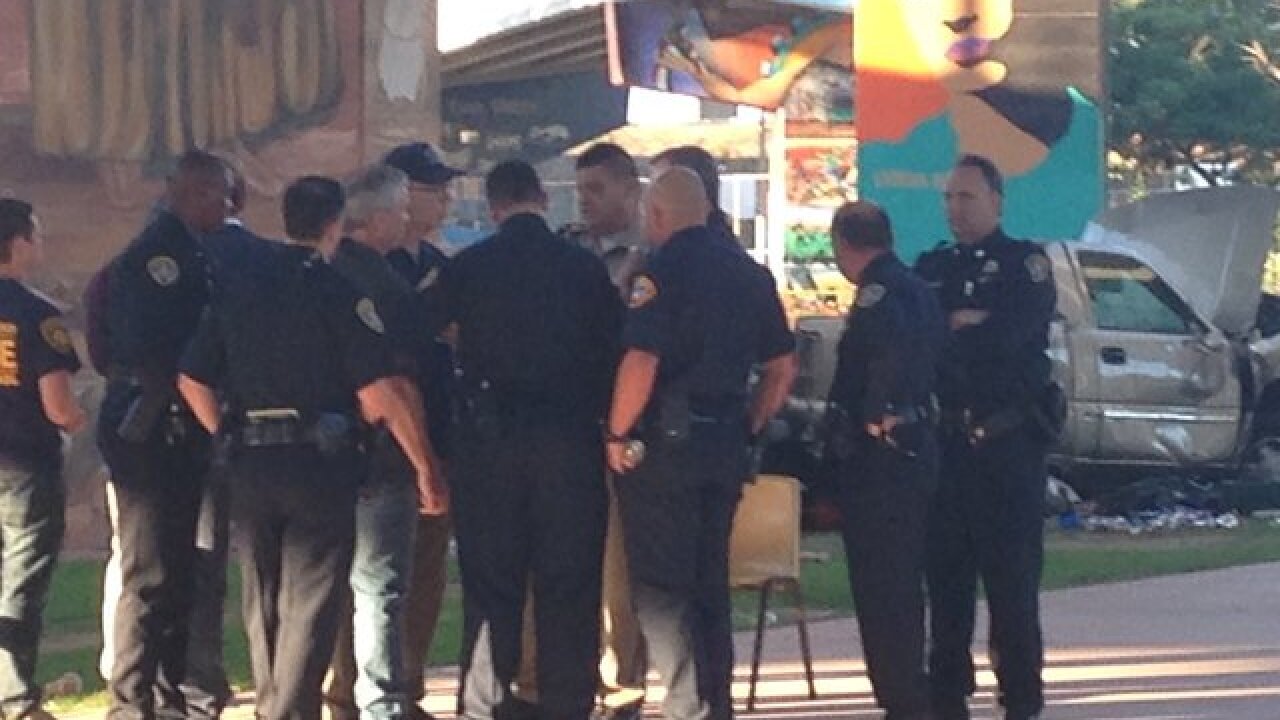 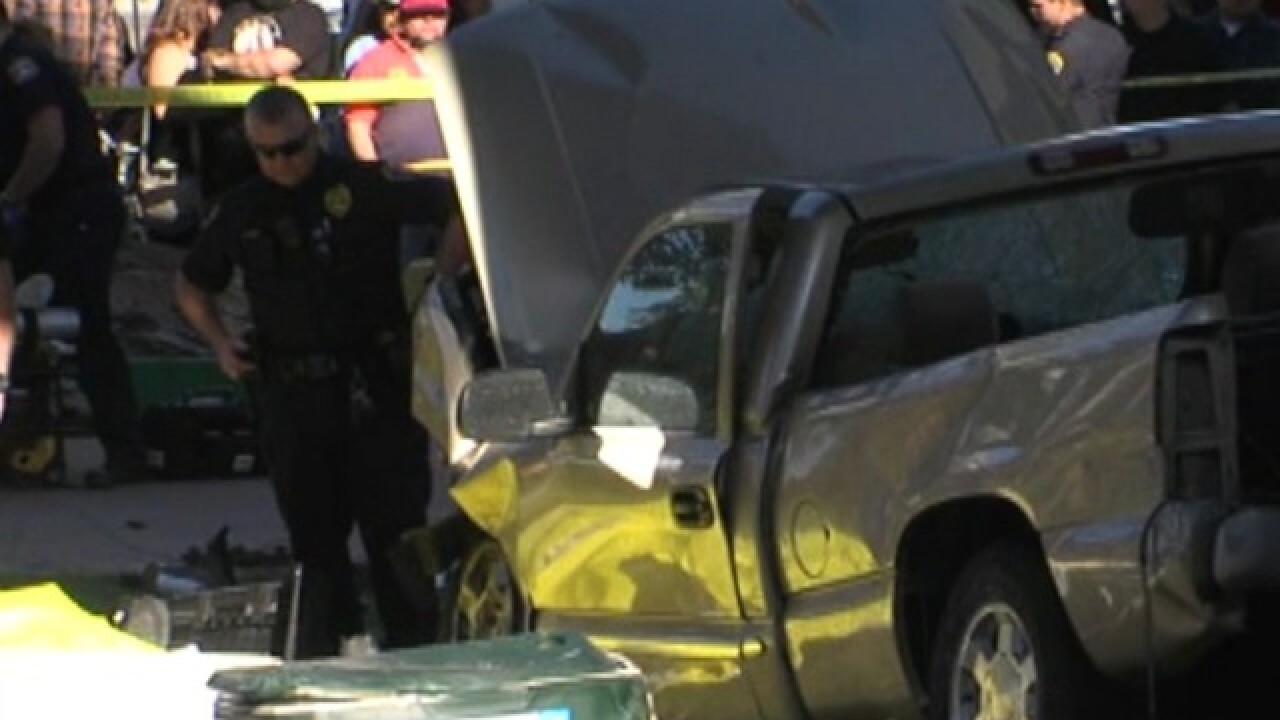 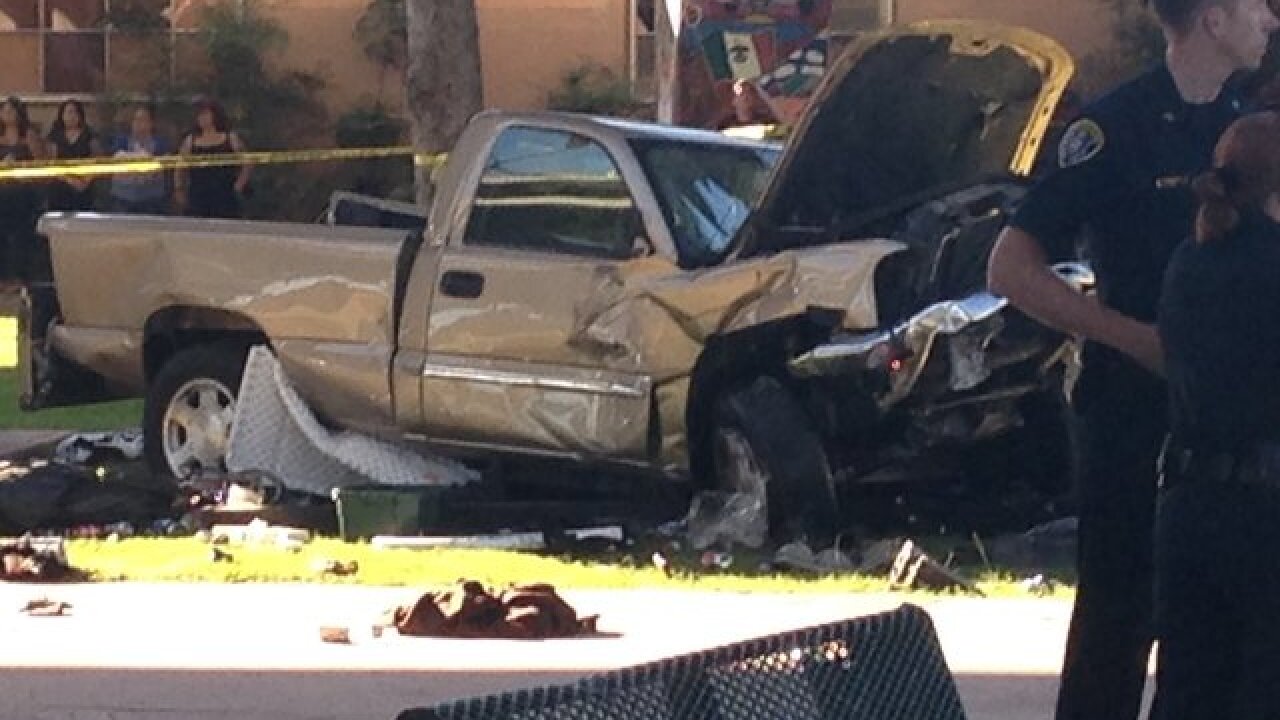 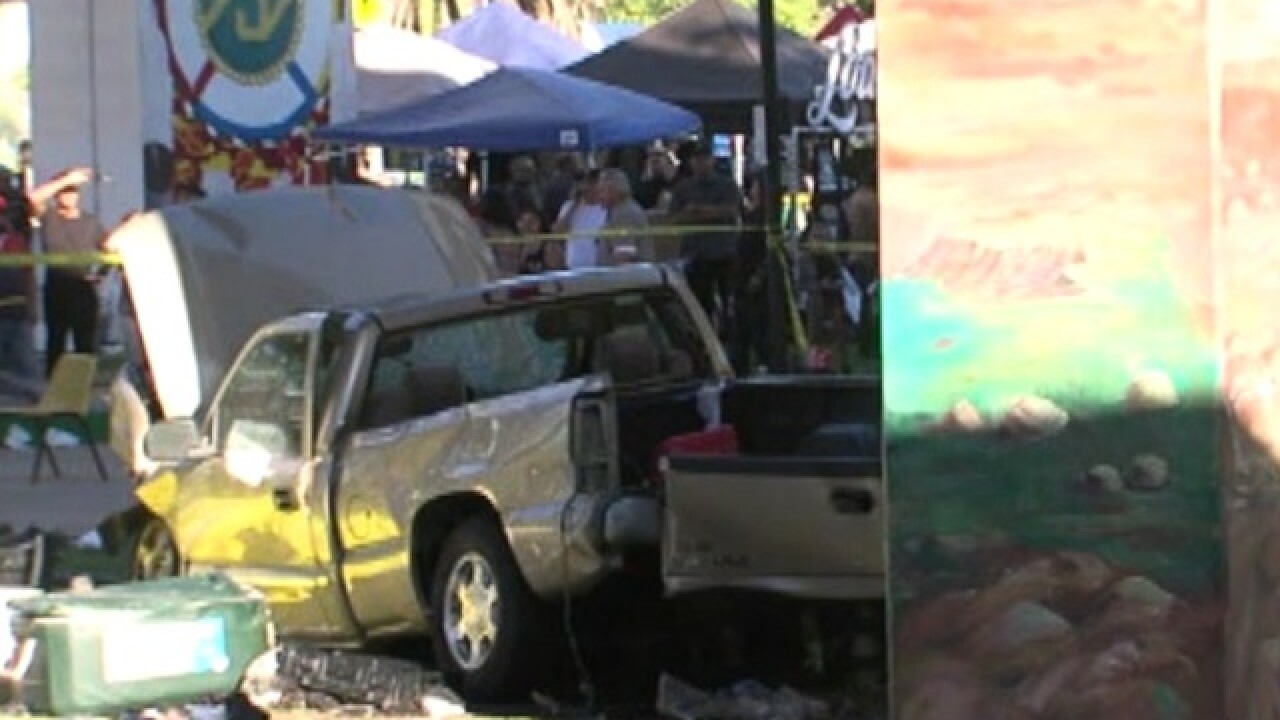 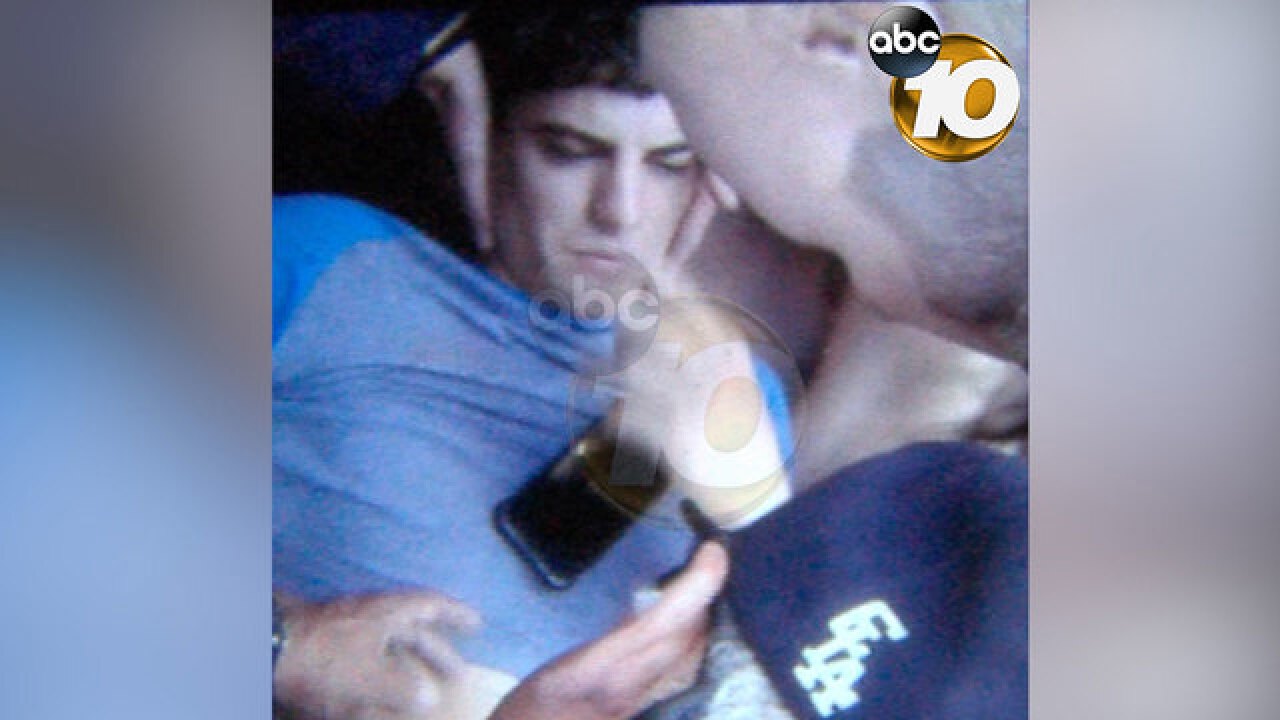 SAN DIEGO -- Four people are dead and several others injured, one seriously, after a pickup truck flew off a Coronado Bridge ramp and landed on a crowd of people in San Diego's Chicano Park, the San Diego Police Department said.

The crash happened around 3:34 p.m. when a driver in a GMC pickup truck was traveling northbound on I-5, transitioning westbound onto the Coronado Bridge. According to the California Highway Patrol, the driver lost control and the truck fell about 60 feet below onto a vendor's booth.

"All I heard was a boom, and all of a sudden we just see this truck flying down," said witness John Vazquez. "We see this truck just falling off of the bridge and it lands on the booth nose first."

Photos from the scene  |  On social: Chaos when truck landed on crowd

Praying for victims & families affected by the tragedy in Chicano Park.Devastated this occured in one of our community's most beloved places

Andy Mendez, who was at the park, said he was sitting next to the booth the truck landed on and had been chatting with the people inside just prior to the crash.

"They were selling their T-shirts and things for the run that's out here today -- they had been out here all day," Mendez said. "They were just happy, just going on with the day -- you know, just happy and no worries. Everything was going good -- enjoying the weather and having a good time."

The driver of the truck, later identified as 24-year-old Richard Anthony Sepolio, was placed under arrest for being under the influence of alcohol when the crash occurred, according to CHP Officer Jake Sanchez. He is facing four counts of vehicular homicide and DUI. There may be additional charges as the investigation continues.

"The driver still had a cell phone in his hand," Vazquez said. "That's what we noticed."

Sepolio is employed by the U.S. Navy and is stationed in Coronado. He was transported to UCSD Medical Center with major injuries. Eight others were injured, one seriously, and four were killed.

Naval Base Coronado told 10News they are fully cooperating with both Coronado and San Diego police, as well as the California Highway Patrol, and will issue a statement when more information becomes available.

Eerie that there's still a light/turn signal blinking on the crashed truck. Going to be briefed shortly by officials. @10News pic.twitter.com/l8FqlJnBYQ

San Diego Police said officers were nearby when the crash happened and helped to make way for firefighters. They said people attending the event helped to lift the truck off of people.

"There were still people underneath the truck and everyone, including the Berets, went running over there and we tipped over the truck to get the people out of there," Vazquez said.

"It was good to see the community come together and try to push that vehicle up and off the people that were under it," Mendez said.