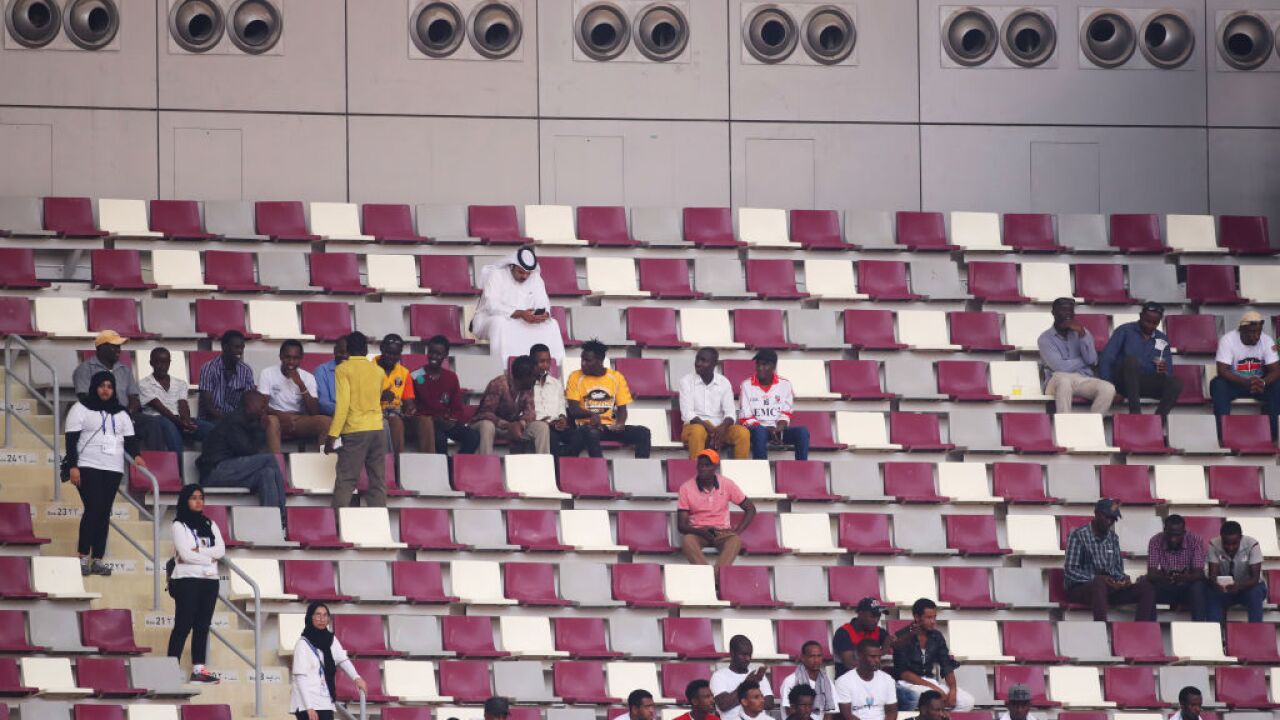 Summer might technically be over in Doha, Qatar, but if you were to visit the small, desert nation in the middle of the Persian Gulf this weekend, you would still think it is summer.

Temperatures are expected to approach 100 degrees, which is relatively mild compared to the actual summertime temperatures in Qatar. In the summer, temperatures frequently top 110 degrees.

Because of the year round extreme heat, and FIFA's mandate that stadiums that host the World Cup be open air, Qatar has been renovating and building stadiums that are both open air and air conditioned.

A stream of cold air is funneled at ankle level under the seats. The cold air then travels down the stadium and onto the field. There are also vents at the top of the stadium. The technology relies on the physics of cool air moving downward.

According to the Qatar government, the temperature in Khalifa International Stadium can drop to around 70 degrees, when it is nearly 100 degrees outside.

Next month, Khalifa International Stadium will host the Arabian Gulf Cup, which is a contest between the national teams for five countries. In December, the stadium will then host the FIFA World Cup.

Dozens of FIFA officials were arrested in 2015, and several of whom have since been convicted for corruption.

FIFA officials have been blasted by some for ignoring human rights concerns about Qatar, including its lack of a free press, lack of protection of guest workers, and its stance on homosexuality.