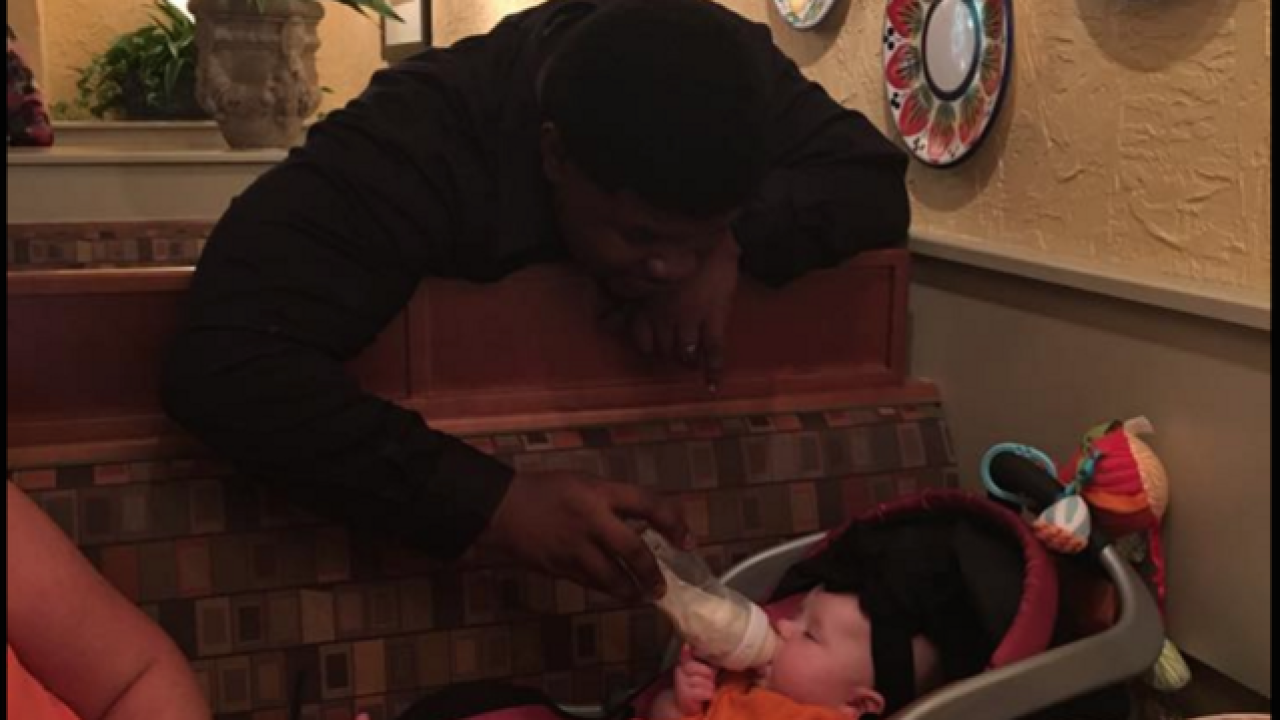 On a recent visit to a Little Rock, Ark. Olive Garden, Dallas French was able to take a much-needed break from parenting thanks to her server Rob Davis.

According to a viral Facebook post which has been shared nearly 37,000 times, French visited the Olive Garden after French's daughter Ellee had gone through tests at a children's hospital. As French was trying to make a bottle for her daughter, the milk spilled on the floor.

When the waiter brought French's meal to her, Davis fed Ellee allowing French to consume her salad and bread sticks.

"He didn't even know what we had went through that day and showed us love an understanding- not irritated that I had made a mess an my baby was screaming," French said.

Ellee had been going through testing at the hospital for E. coli.

"We will be sure to share these kudos with our Little Rock team so this team member can be recognized," Olive Garden said in a statement.