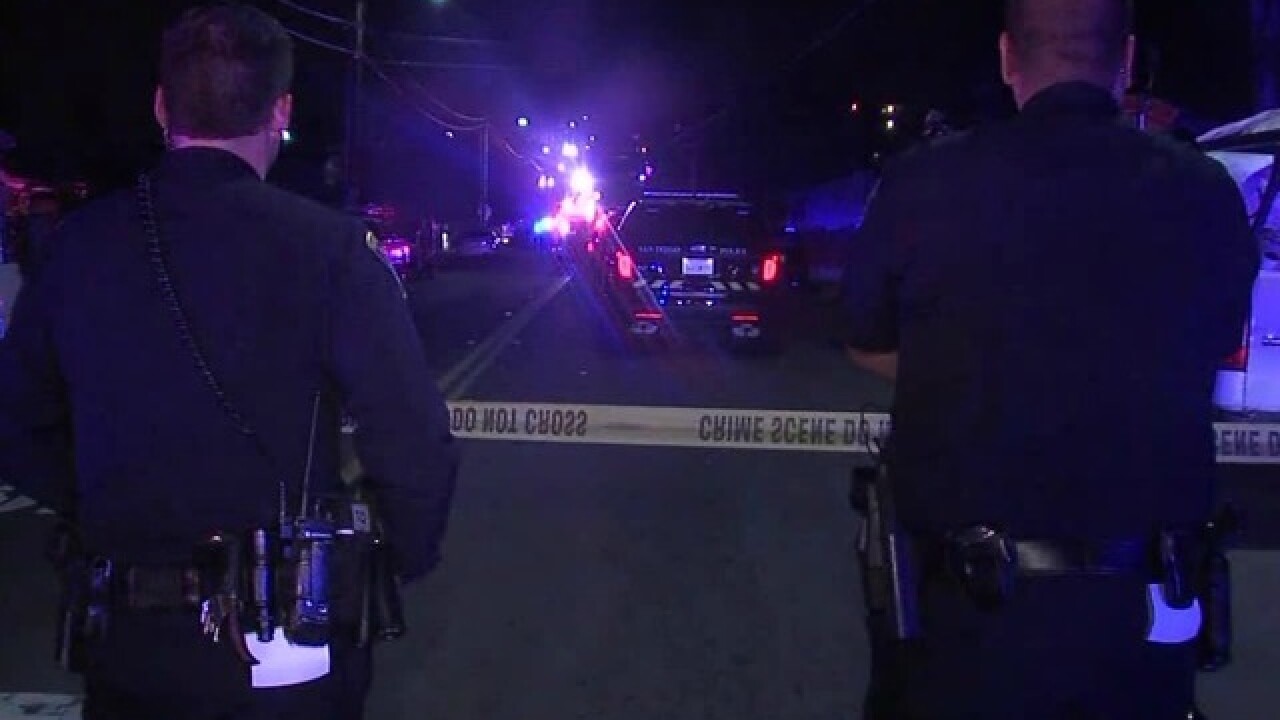 SAN DIEGO (AP) — Two police officers have been shot in a San Diego neighborhood, and a suspect is reportedly in custody, authorities said.

The San Diego Union-Tribune reported that police said the shooting occurred late Thursday night. Police reported one of the officers has died.

The other officer has been taken to a hospital. The other is in surgery, San Diego police reported on Twitter.

There was no immediate word on what touched off the violence, which occurred around 11 p.m. PDT in the southeastern part of town.

Police searched the area for suspects and urged residents to stay indoors.

Video footage showed officers out in force with numerous squad cars with emergency lights flashing lining a street, officers on foot, and a helicopter buzz overhead.

Police spokesmen did not immediately return calls for further comment, but the department said in a Twitter posting that one suspect was in custody and other possible suspects were being sought.

The shooting comes with law officers around the country on alert following the killing of officers in Dallas and Baton Rouge, Louisiana, this month.